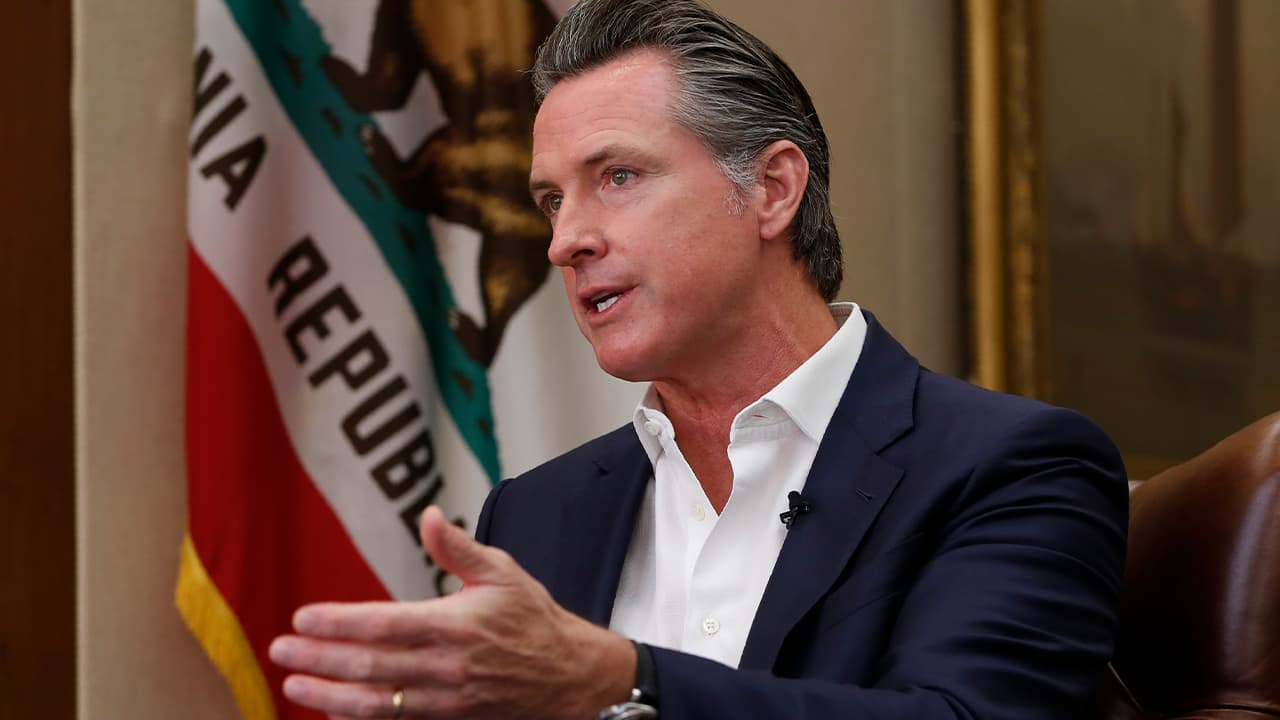 SACRAMENTO — Gov. Gavin Newsom said Wednesday that he is seeking $750 million in part to help pay rent for people facing homelessness in the most populous state’s latest attempt to fight what he called a national crisis.
Newsom planned to sign an executive order Wednesday creating the fund, two days before he presents his second annual budget proposal to the state Legislature.
The state’s worsening affordable housing and homelessness problem has prompted anger and outrage from citizens and repeated criticism from President Donald Trump aimed at Newsom and other Democratic leaders.

The governor also directed the state to provide 100 travel trailers and modular tent structures to cities and counties that meet certain criteria. The trailers and tents would be used for temporary housing and to provide related health and social services. He also announced a multi-agency “strike team” to help local governments address homelessness.
The new fund could include not only state taxpayer money but donations from philanthropic organizations and the private sector. The money would go to providers to pay rent, pay for affordable housing units, or to aid board and care homes.
Newsom said a year ago that he wanted to build housing on surplus state property. His new order directs his administration to identify some of those properties that can be used by local governments or nonprofits to shelter homeless individuals on a short-term emergency basis, so long as it doesn’t delay the development of affordable housing. FILE – In this Jan. 7, 2020, file photo, men hold up signs at a rally outside of City Hall in Oakland, Calif. California’s Gov. Gavin Newsom said Wednesday, Jan. 8, 2020, that he is seeking $750 million to help pay rent for people facing homelessness, among other purposes, in the most populous state’s latest attempt to fight what he called a national crisis. (AP Photo/Jeff Chiu, File)

He said the state will measure local governments’ success in moving people off the streets as a requirement for receiving more state assistance.

Another nearly $25 million, eventually growing to more than $364 million, would go to test programs in three of the state’s 58 counties to put those deemed incompetent to stand trial for criminal offenses into community programs instead of state mental hospitals.
Last year, Newsom signed a state budget that gave $650 million to local governments and agencies for things like rental assistance and emergency shelters. Of the $650 million, $275 million goes to the state’s 13 most populous cities, $175 million to county governments and $190 million to continuing care programs.