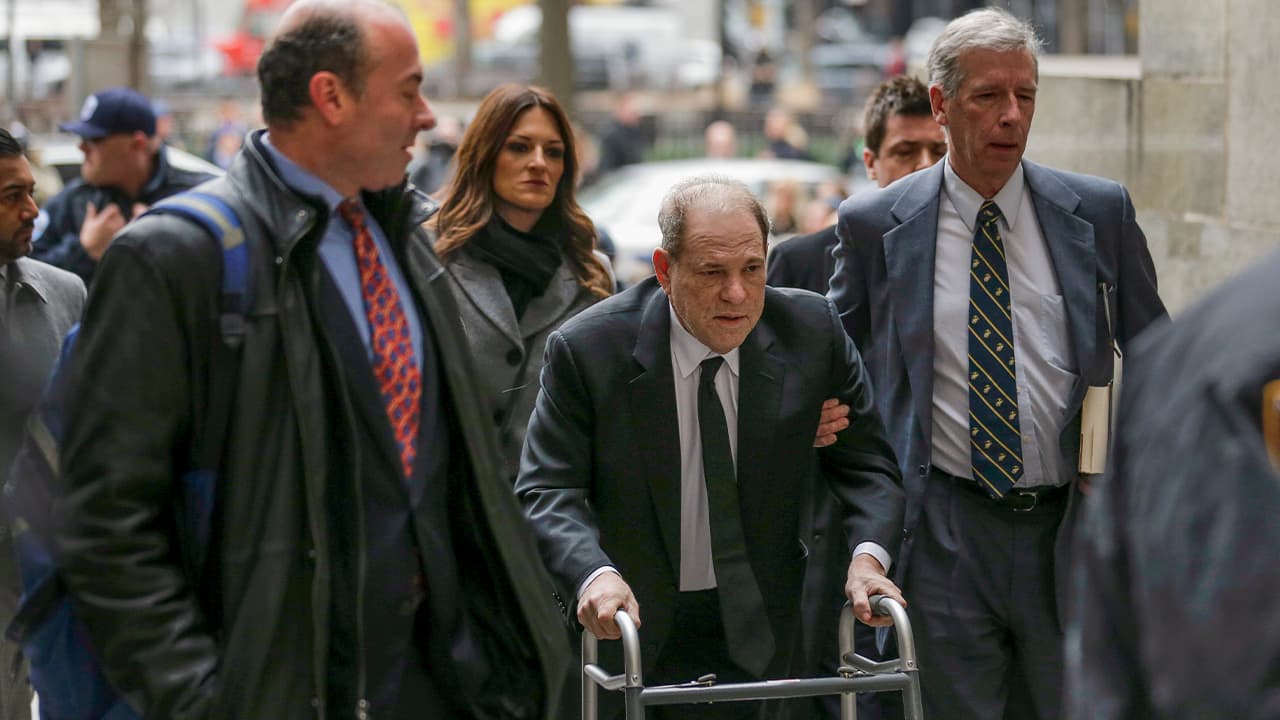 NEW YORK — Harvey Weinstein and several of the women who have accused him of sexual misconduct converged Monday at the New York City courthouse where a judge and his lawyers handled the final preparations for his high-stakes trial on charges of rape and assault.

Weinstein Faces Allegations That He Raped a Woman in Manhattan

Weinstein’s lead lawyer, Donna Rotunno, said she was hopeful a fair jury could be found that wouldn’t pre-judge the case.
“In this great country, you are innocent until proven guilty,” she told reporters outside the courthouse.
Weinstein faces allegations that he raped one woman in a Manhattan hotel room in 2013 and performed a forcible sex act on a different woman in 2006.
He has pleaded not guilty and says any sexual activity was consensual. If he’s convicted of the most serious charges against him, two counts of predatory sexual assault, Weinstein faces a mandatory life sentence.
For that to happen, prosecutors must demonstrate Weinstein had a habit of violating women, beyond the two directly involved in the encounters in which he’s charged. To that end, they plan to call actress Annabella Sciorra, who says Weinstein forced himself inside her Manhattan apartment in 1993 or 1994 and raped her after she starred in a film for his movie studio.
They also want jurors to hear from some of the more than 75 women who have come forward publicly to accuse Weinstein of sexual misconduct ranging from harassment to assault. The first allegations were brought to light by The New York Times and The New Yorker in October 2017.
The judge hasn’t said how many other accusers will be allowed to testify.
Speaking outside the courthouse as proceedings began, a group of Weinstein’s accusers spoke with reporters, including Masse, the actresses Rosanna Arquette, Dominique Huett and Rose McGowan, model Paula Williams, Louise Godbold and the actress and journalist Lauren Sivan. Actor Rose McGowan, right, speaks at a news conference as actor Rosanna Arquette, center left, listens outside a Manhattan courthouse after the arrival of Harvey Weinstein, Monday, Jan. 6, 2020, in New York. Weinstein and several women who have accused him of sexual misconduct converged at the New York City courthouse ahead of his trial on charges of rape and sexual assault. (AP Photo/Mark Lennihan)

The Judge Refused to Issue a Gag Order

McGowan thanked the women who will testify during the trial as alleged victims for representing many more women who may never get their day in court.