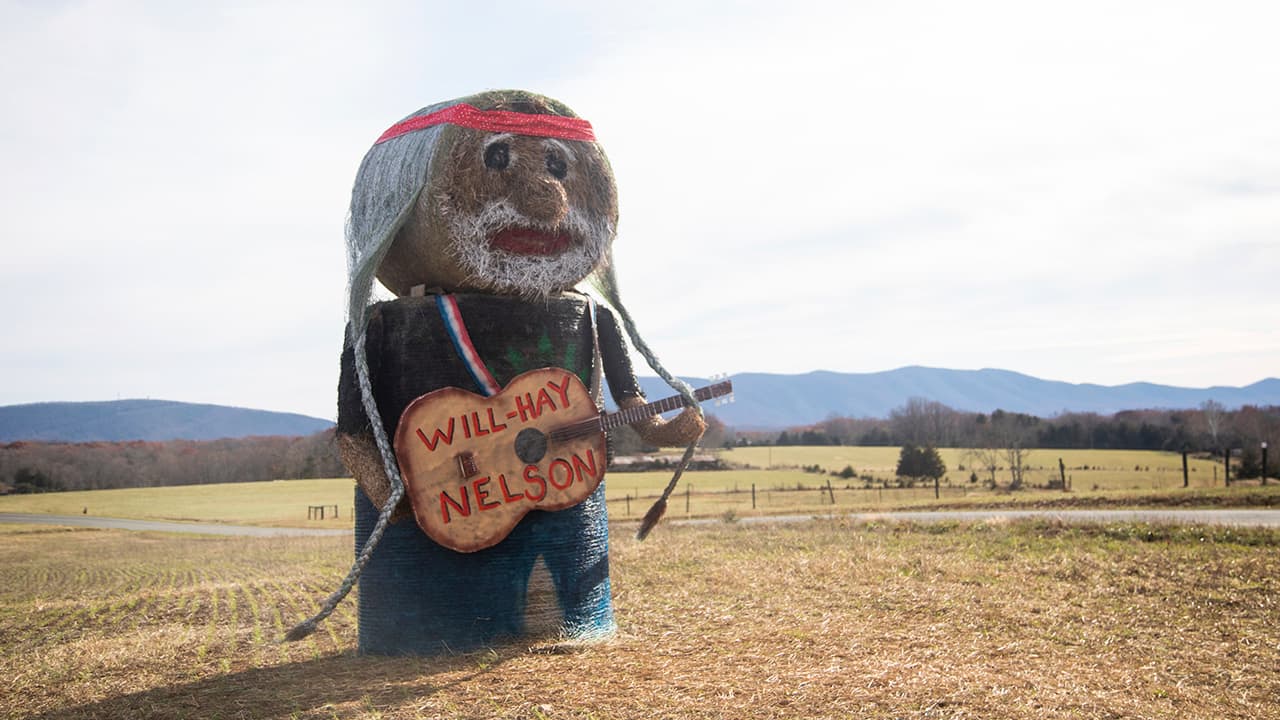 In this Tuesday, Dec. 3, 2019 photo, Huddleston native Beth Bays and artist of the hay bale sculpture Will-Hay Nelson poses for a portrait with her creation off of Tolers Ferry Road in Huddleston, Va. (Emily Elconin/The News & Advance via AP)

Bays owns Buckscrape Farms and started making the sculptures as part of a hay bale decorating contest. The contest ended a few years ago but Bays continues to create new sculptures each year for the community.
Bays said Will-Hay Nelson was easier to assemble than some of her past sculptures but was more difficult in terms of details, The News & Advance reported. She said she used chicken wire to make the arms and the guitar is made of Styrofoam.
“I also had to make a nose out of chicken wire because Willie has a very prominent nose and I wanted to get that right,” Bays said.
Bays said every year the community gets together and sings songs related to the sculptures. This year local musician Dave Owens switched up the lyrics to one of Nelson’s songs.
“I changed ‘On the Road Again’ to ‘On the Farm Again,’” Owens said laughing. “It’s always a good time.”
Nelson saw the viral video of the performance and shared it on his Facebook page. Seems like the hay sculpture may always be on his mind.