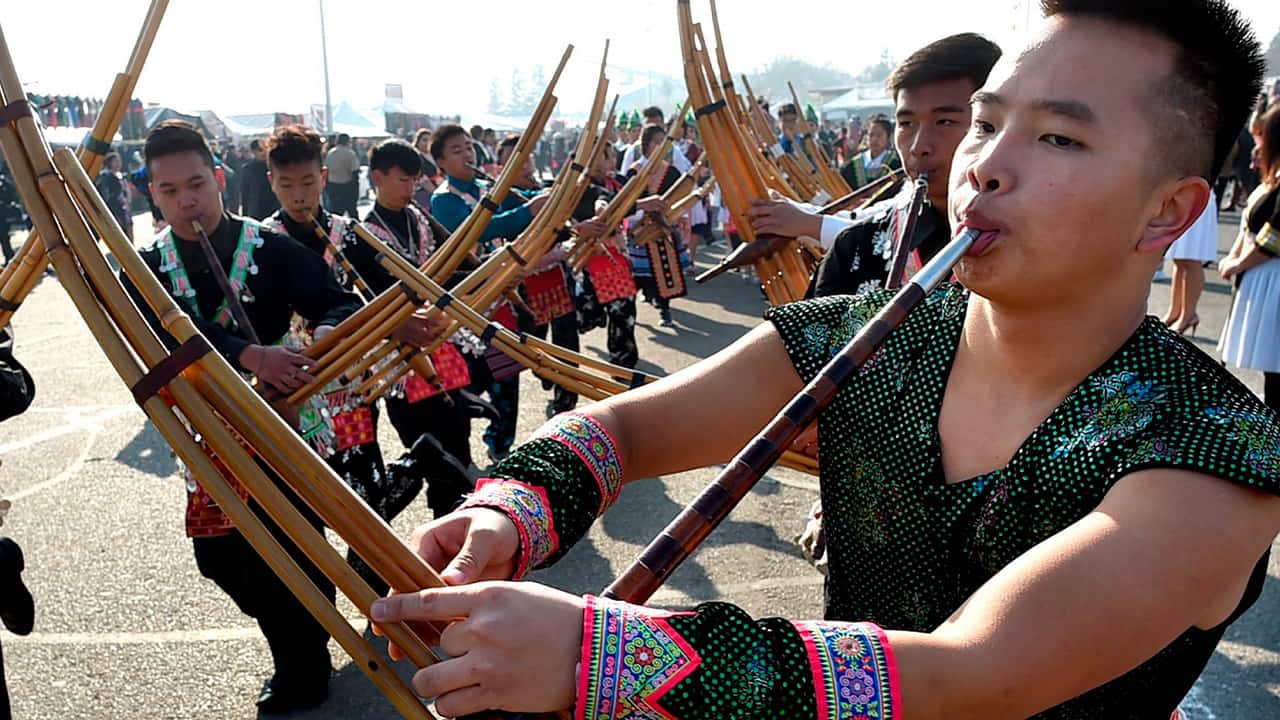 FRESNO — Thousands of people gathered Thursday in Fresno to celebrate the Hmong new year amid heightened security in the wake of a neighborhood shooting that killed four people. In this photo taken Monday, Nov. 18, 2019, friends and family of shooting victim Kou Xiong gather in front of his home for a candle light vigil in Fresno, Calif. A close-knit Hmong community was in shock after gunmen burst into a California backyard gathering and shot 10 men, killing four. “We are right now just trying to figure out what to do, what are the next steps. How do we heal, how do we know what’s going on,” said Bobby Bliatout, a community leader. (Larry Valenzuela/The Fresno Bee via AP)

Hmong Fought for the United States During the Vietnam War

The law enforcement presence at the Fresno Fairgrounds was increased, Police Chief Andy Hall said. He addressed the families of the four slain men, telling them police are committed to finding the killers, the Bee reported.


“We will not rest until justice is done.” — Police Chief Andy Hall
“We will not rest until justice is done,” he said.
Hmong fought for the United States during the Vietnam War. Recruited by the CIA in Laos to fend off communist forces, they guided U.S. bombing missions and rescued downed American pilots, often at risk to their own lives.
After the war, Hmong refugees moved to Minnesota, California and Wisconsin. In California, they settled in the Central Valley, where sponsors hoped they could find work given their agricultural background.
There are about 300,000 Hmong in the U.S. California has the most of any state, while Minneapolis-St. Paul has the most of any metro area. Fresno has the nation’s second-largest concentration of Hmong with about 34,000 people.

Related Topics:attackCaliforniaCelebrationdanceFresnoHmongMinnesotaMusicshootingVietnam War
Up Next