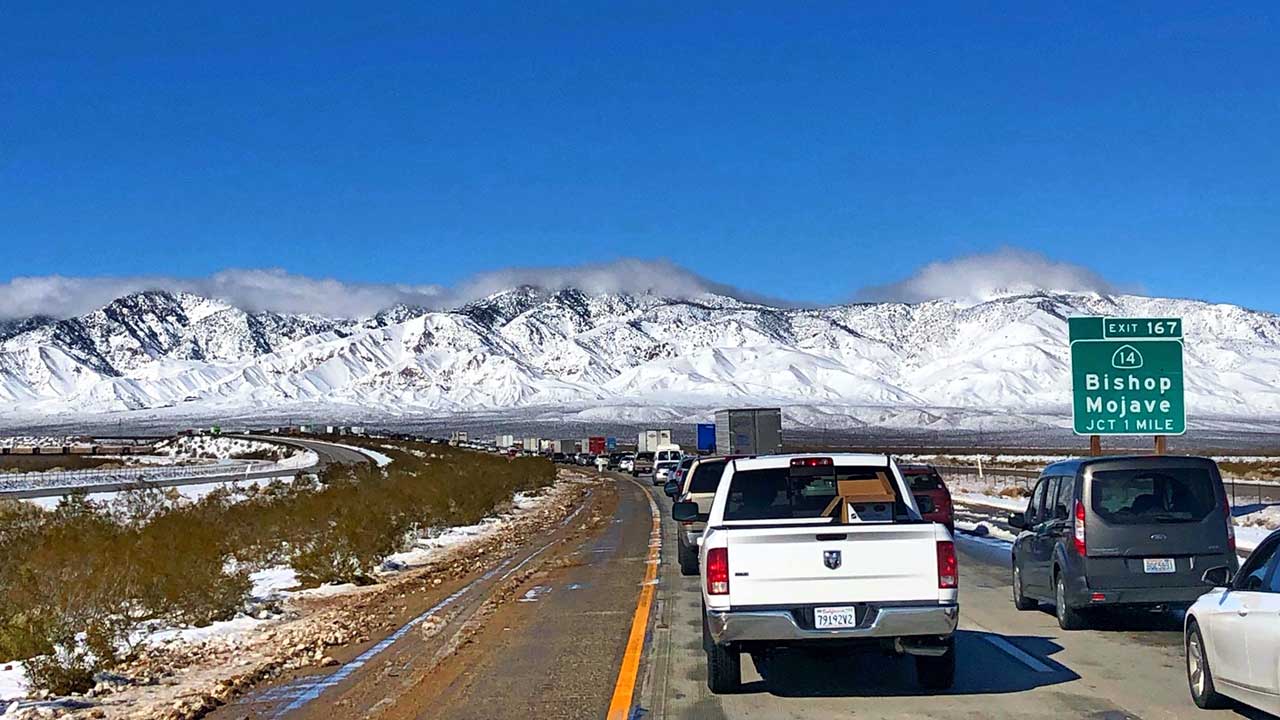 Update 11:10 a.m., Friday
Caltrans says the Grapevine I-5 is open to traffic accompanied by CHP escorts.
Motorists are asked to drive carefully and not tailgate the escort vehicles. The highway remains icy.

GRAPEVINE: I-5 is now OPEN with CHP escorting traffic over the pass. Please drive carefully and follow the lead CHP vehicle at a safe speed and distance. pic.twitter.com/D7OQi8xhji

Update, 10:45 a.m. Friday
Caltrans says that the California Highway Patrol is preparing to escort traffic over the Grapevine pass in both directions shortly.
And, Highway 58 opened at 10:50 a.m., according to the CHP.

Caltrans said at 8 o’clock Friday morning that it did not have an update on when the Grapevine highway between the San Joaquin Valley and southern California would open.
Heavy snowfall stopped motorists in their tracks on Christmas Day and again on Thursday.
Now, according to Caltrans, ice accumulation is keeping the Grapevine closed.

We do not have an update on the Grapevine at this time. Will depend on temperatures increasing as the morning progresses in order to work through the ice accumulation.

Check Out Road Conditions With Webcams

Click on these links to view Caltrans webcams of I-5 at Lebec and the Grapevine.
At 10:50 a.m., the CHP announced the opening of Highway 58.

SR-58 is now open in both directions. Traffic is being escorted through slowly. With heavy traffic, expect long delays getting through Tehachapi. Please use caution, buckle up, and maintain a safe distance between cars.#tehachpi #chpmojave #californiahighwaypatrol 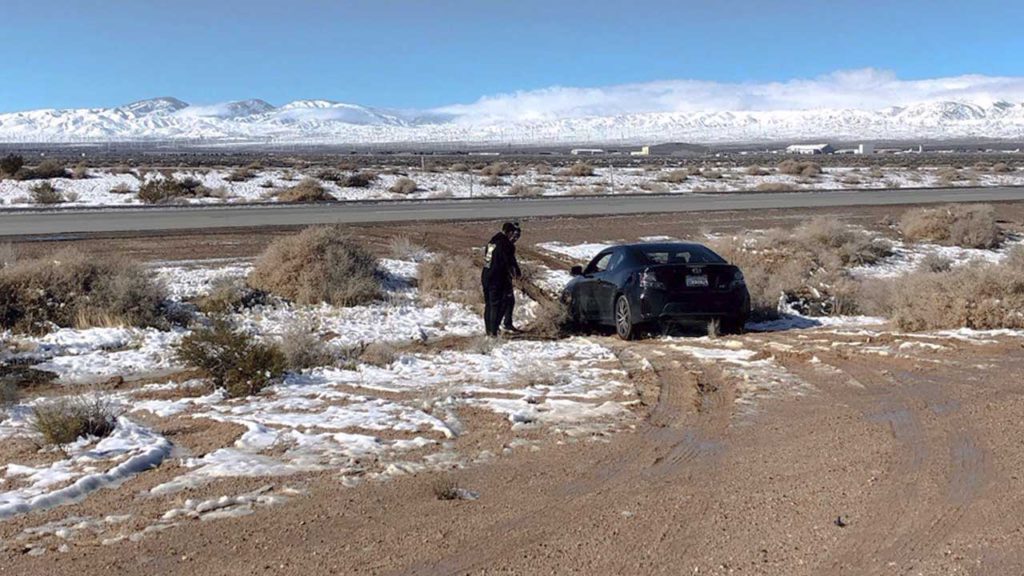 Motorists stranded along Highway 58 after attempting to cross over from westbound lanes to eastbound lanes. Heavy traffic is causing significant delays on both sides on the Tehachapi mountains after the earlier closure of Highway 58 due to snow. As of late Friday morning, the highway is open again to traffic in both directions. (Jamie Ouverson/GV Wire)

A truck driver was found unresponsive in a rig stopped along I-5 in Tejon Pass. Kern County firefighters pronounced him dead, according to the California Highway Patrol’s online incident log.
It was not immediately known if the death was weather-related.
ABC7 in Los Angeles reported Friday morning that hundreds of travelers were stranded for hours at the Cajon Pass in the Mojave Desert as a result of snowy conditions.
This is the second big snowstorm to hit Southern California since November. A Thanksgiving storm dropped the heaviest November snowfall (four feet) on Big Bear in more than 50 years. 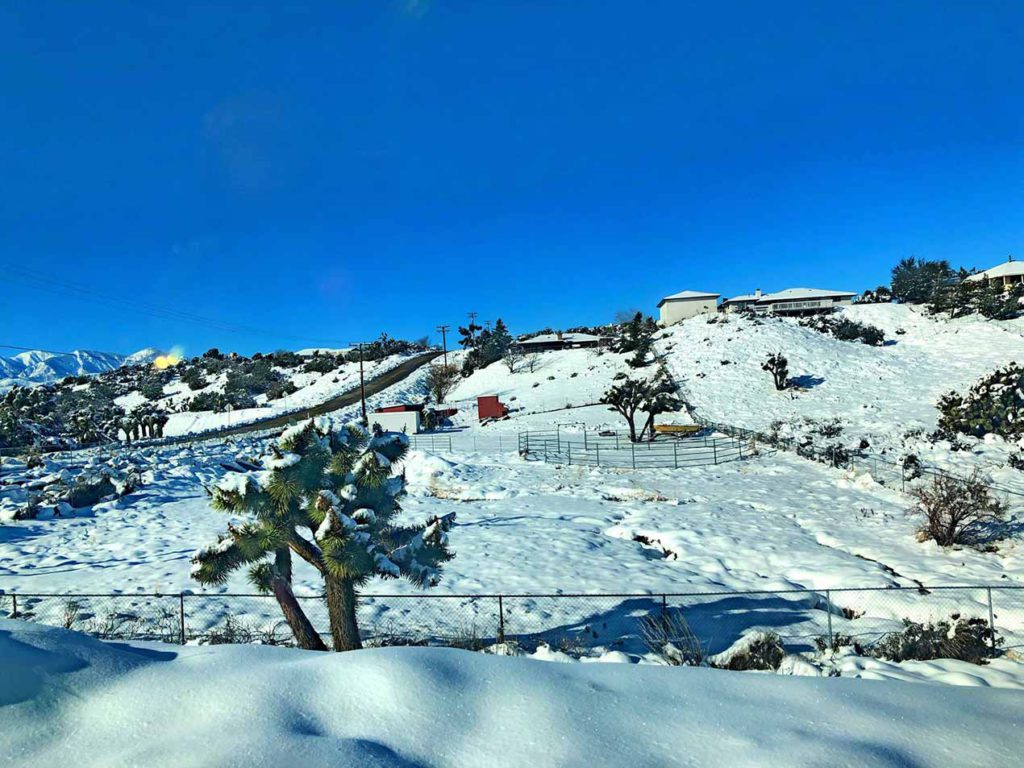 Snow sits atop a Joshua Tree along Highway 395 in the Mojave Desert on December 27, 2019. (Jamie Ouverson/GV Wire)

New Russian Weapon Can Travel 27 Times the Speed of Sound