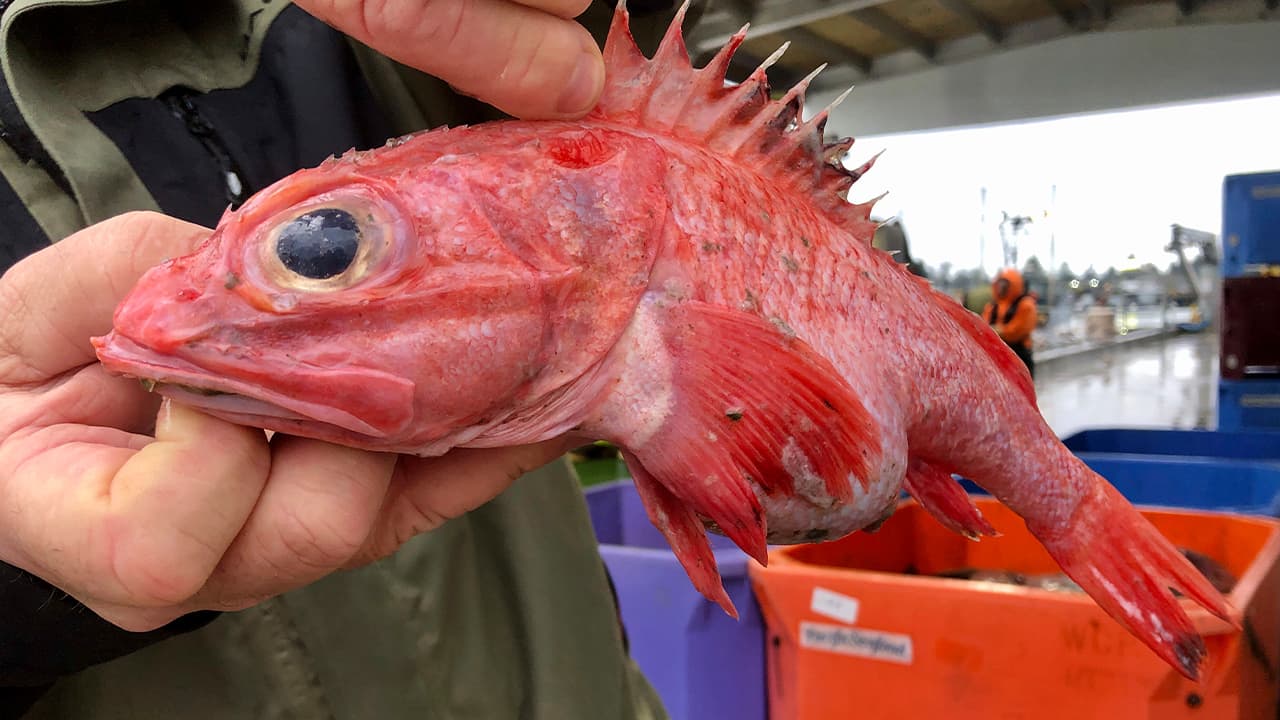 WARRENTON, Ore. — A rare environmental success story is unfolding in waters off the West Coast.
After years of fear and uncertainty, bottom trawler fishermen — those who use nets to catch rockfish, bocaccio, sole, Pacific Ocean perch and other deep-dwelling fish — are making a comeback here, reinventing themselves as a sustainable industry less than two decades after authorities closed huge stretches of the Pacific Ocean because of the species’ depletion.

The process also netted a win for conservationists concerned about the future of extreme deepwater habitats where bottom trawlers currently don’t go. A tract of ocean the size of New Mexico with waters up to 2.1 miles deep will be off-limits to bottom-trawling to protect deep-sea corals and sponges just now being discovered.
“Not all fishermen are rapers of the environment. When you hear the word ‘trawler,’ very often that’s associated with destruction of the sea and pillaging,” said Kevin Dunn, whose trawler Iron Lady was featured in a Whole Foods television commercial about sustainable fishing.


Related Story: Thousands of ‘Penis Fish’ Wash up on a Northern California Beach

Groundfish is a catch-all term that refers to dozens of species that live on, or near, the bottom of the Pacific off the West Coast. Trawling vessels drag weighted nets to scoop up as many fish as possible, but that can damage critical rocky underwater habitat.
The groundfish fishery hasn’t always struggled. Starting in 1976, the federal government subsidized the construction of domestic fishing vessels to lock down U.S. interests in West Coast waters, and by the 1980s, that investment paid off. Bottom trawling was booming, with 500 vessels in California, Oregon and Washington hauling in 200 million pounds (91 million kilograms) of non-whiting groundfish a year. Unlike Dungeness crab and salmon, groundfish could be harvested year-round, providing an economic backbone for ports.
But in the late 1990s, scientists began to sound the alarm about dwindling fish stocks. In this Dec. 11, 2019 photo, a worker prepares to dump a bucket of fish onto a conveyor belt for sorting after the fish were unloaded from a bottom trawler containing rockfish and other groundfish species in Warrenton, Ore. A rare environmental success story is unfolding in waters off the U.S. West Coast as regulators in January 2020 are scheduled to reopen a large area off the coasts of Oregon and California to groundfish bottom trawling fishing less than two decades after authorities closed huge stretches of the Pacific Ocean due to the species’ depletion. (AP Photo/Gillian Flaccus)

Just nine of the more than 90 groundfish species were in trouble, but because of the way bottom trawlers fished — indiscriminately hauling up millions of pounds of whatever their nets encountered — regulators focused on all bottom trawling. Multiple species of rockfish, slow-growing creatures with spiny fins and colorful names like canary, darkblotched and yellow eye, were the hardest hit. As the quota system’s success became apparent, environmentalists and trawlers began to talk. Regulators would soon revisit the trawling rules, and the two sides wanted a voice.
They met more than 30 times, slowly building trust as they crafted a proposal. Trawlers brought maps developed over generations, alerted environmentalists to reefs they didn’t know about, and even shared proprietary tow paths.

Trawlers Could Harvest as Much as 120 Million Pounds a Year

Some groups, like Oceana, wanted even more protections from bottom trawling, which it calls the “most damaging fishing method to seafloor habitats off the West Coast.” In a news release, the group emphasized that the agreement it did get safeguards 90 percent of the seafloor in U.S. waters off the West Coast.
Even so, with fragile species rebounding, trawlers could harvest as much as 120 million pounds a year, but there’s only demand for about half that much. That’s because groundfish have been replaced in stores by farmed, foreign species like tilapia.

A trade association called Positively Groundfish is trying to change that by touring food festivals and culinary trade shows, evangelizing to chefs and seafood buyers about the industry’s rebound and newfound sustainability. They give out samples, too.
“We are treating this almost like a new product for which you have to build awareness — but we do have a great story,” said Jana Hennig, the association’s executive director. “People are so surprised to hear that not everything is lost, that not everything is doom and gloom, but that it’s possible that you can manage a fishery so well that it actually bounces back to abundance.”