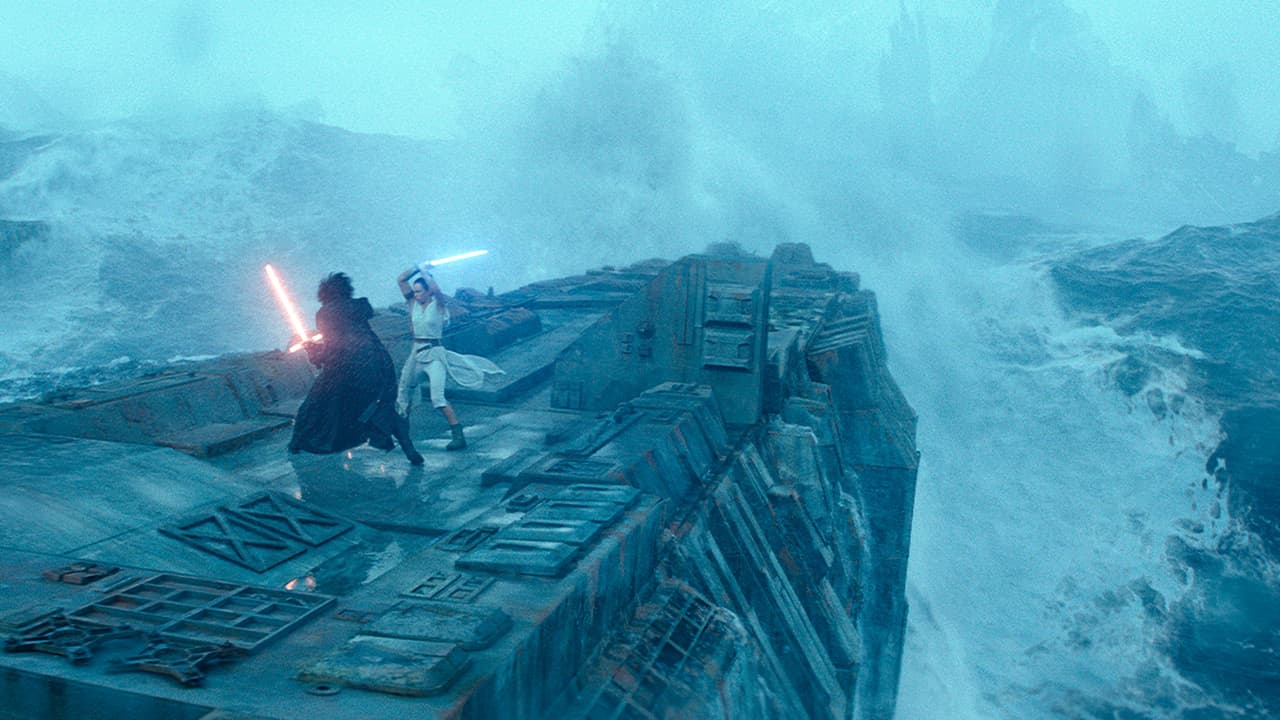 NEW YORK — The Force was a little less strong with “Star Wars: The Rise of Skywalker.” J.J. Abrams’ Skywalker finale couldn’t match its recent predecessors on opening weekend, but it still amassed a $175.5 million debut that ranked as the third largest weekend of the year.

Such Expectations Did Not Await ‘Cats’

“We know that people are very passionate about ‘Star Wars’ and have very strong opinions about it. And we’re fine with that,” added Taff. “We think it’s inspiring to see so many people who want to prompt a discussion around a film.”
Such expectations did not await Tom Hooper’s adaptation of Andrew Lloyd Webber’s “Cats.” The much ridiculed big-screen musical, featuring infamous “digital fur technology,” scratched out just $6.5 million in ticket sales, sending Mr. Mistoffelees (and Universal Pictures) home licking their wounds.


Related Story: Review: 'Rise of Skywalker' Is a Sour End to a Grand Saga

The $100 million production, featuring an ensemble including Jennifer Hudson, Judi Dench, James Corden, Idris Elba, Ian McKellen and Taylor Swift, came in behind projections and opened in a distant fourth place. The movie drew an 18% fresh score on Rotten Tomatoes and a C-plus CinemaScore from audiences.
“Even modest opening in this extraordinary lucrative corridor can prove very kind to films,” said Jim Orr, chief of distribution for Universal. He anticipates the film’s strongest demographic — older moviegoers — will be most available over the holidays. “Our scores from those who are 55 and up are very good and very encouraging.”
Holdovers “Jumanji: The Next Level” ($26.1 million in its second weekend) and “Frozen 2” ($12.3 million in its fifth weekend) both surpassed “Cats.”
“Rise of Skywalker” culminated a tumultuous period in “Star Wars,” finishing off both a trilogy and nine-film cycle begun 42 years ago by George Lucas. In 2012, Disney acquired Lucasfilm for $4 billion. While its stewardship of “Star Wars” has drawn enormous box-office proceeds, “The Rise of Skywalker” had its work cut out in trailing both the much-debated “Last of the Jedi” and the 2018 dud “Solo: A Star Wars Story.”

In November, Disney chief executive Bob Iger told investors that “Star Wars” will go “into a hiatus” after “Rise of Skywalker.” The next “Star Wars” movie, which is to be set outside the Skywalker saga, isn’t scheduled for release until 2022. “Game of Thrones” makers David Benioff and D.B. Weiss recently pulled out of planned “Star Wars” trilogy. This image released by Disney/Lucasfilm shows Daisy Ridley as Rey in a scene from “Star Wars: The Rise of Skywalker.” (Jonathan Olley/Disney-Lucasfilm Ltd. via AP)

Some of 2019's Most Memorable Games Decided by Blown Calls