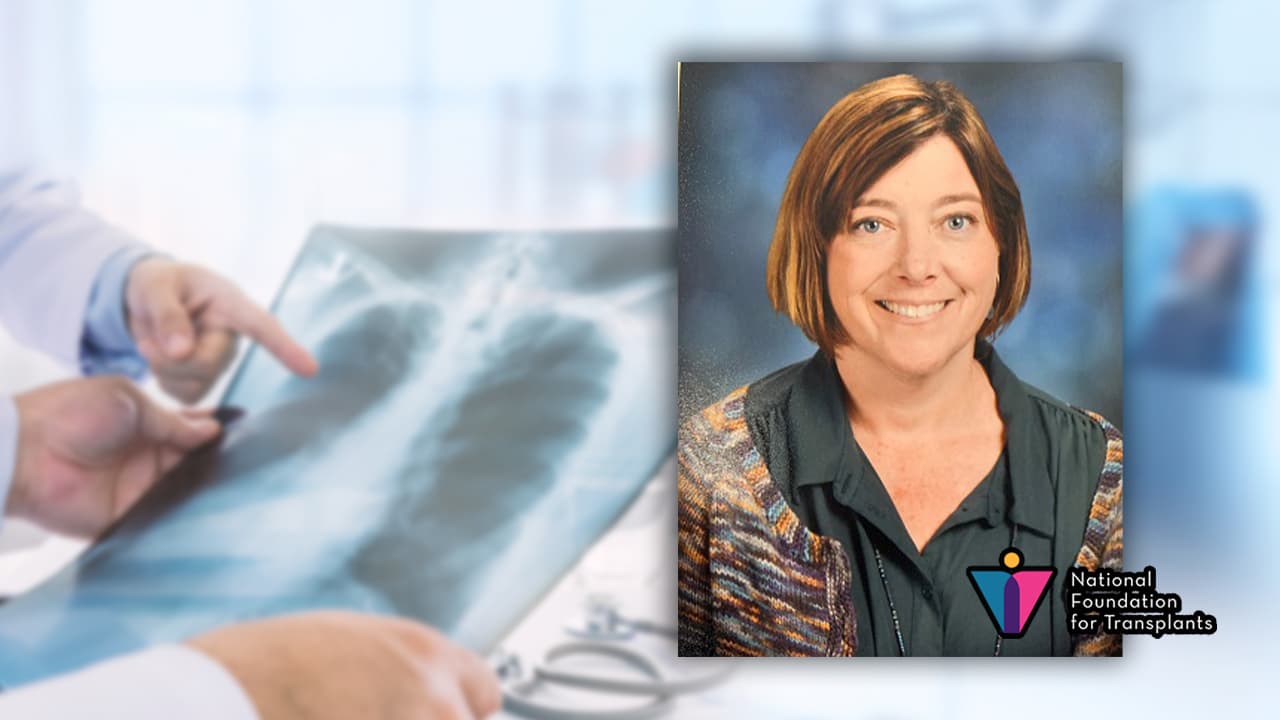 What Chrissy Mizer hopes to get for Christmas can’t come down the chimney with Santa and won’t fit under the tree.

Listen to this article:
Mizer, a second-grade teacher who lives in Lemoore, needs a new pair of lungs. And once she does get her long-awaited double-lung transplant, she’ll also need help — lots of it — to help pay for the surgery and other expenses, including after-care.

“If you look at me, without the oxygen I do not look sick. It’s just a bummer because my lungs just don’t work right.” — Chrissy Mizer
A fundraiser coordinated by the National Foundation for Transplants is now underway to help Mizer, 49, with medical costs for a transplant operation at Stanford that will be scheduled once donor organs are available. As of Friday afternoon, the fundraiser was 27% toward reaching the goal of $30,000.

Mizer’s health woes began 20 years ago when she was diagnosed with mixed connective tissue disease. Over time as the illness progressed, the disease made it harder and harder for her to breathe.
She now suffers from interstitial lung disease and requires supplemental oxygen around the clock and regular doses of inhaled medications. A double-lung transplant is critical to her survival, doctors say.
Even though it’s difficult for her to do the kinds of things many of us take for granted — such as walking her dog Bennie — Mizer says that she still enjoys staying as active as she can.
“If you look at me, without the oxygen I do not look sick,” she said. “It’s just a bummer because my lungs just don’t work right. …
“Sometimes it’s hard for me to understand I’m as sick as I am, because I still participate in life. I still go to concerts, even though it is a pain. And sometimes I’m reminded when I get there — oh yeah, I forget how hard this is. It’s like my mind wants to, so I just try to make it happen. And I’m lucky I have a lot of people that love me and want to hang out with me.”

“He just wishes the kids would behave better for me.” — Chrissy Mizer
That sense of energy and enjoyment extends to her classroom. Even though her disease is debilitating, Mizer has continued to teach at Roosevelt Elementary in Hanford, which she says gives her a sense of purpose. She’s in her 16th year and has taught second through fourth grade classes there.
When she has medical appointments, a substitute teacher takes over her class until she can return.
Once her students get used to seeing her oxygen tanks and have a chance to ask questions, most of them seem to think her illness is no big deal. They’ve even volunteered her to dance with Parker, the Fresno Grizzlies mascot, at school assemblies, Mizer says with a chuckle.
But some of her graduates will drop by her classroom to say hi and to see how she’s doing. And one parent told her that his son worries about her: “He is concerned. He just wishes the kids would behave better for me.”

Mizer’s insurance will cover a portion of the transplant costs, which will be in excess of $1 million. But she also faces post-surgical costs such as daily anti-rejection medications and follow-up care. And because she lives 200 miles from the transplant center in Palo Alto, she’ll need to find temporary housing there after her surgery.
The National Foundation for Transplants helps patients like Mizer pay for transplants through its community-based fundraising program. “She’s such an inspiration for so many,” said Kristen Ball, fundraising consultant. “At NFT, we want nothing more than to help Chrissy raise the funds she needs and see her receive a successful transplant.”


“I am 49, so I really would like new lungs before I’m 50. I’d really like them for Christmas.” — Chrissy Mizer
To make a tax-deductible donation in honor of Mizer, contributions can be sent to the NFT California Transplant Fund, 5350 Poplar Ave., Suite 850, Memphis, TN 38119. Be sure to write “in honor of Chrissy Mizer” on the memo line.

Mizer hopes that her new lungs come soon. She knows there are other patients waiting for lung transplants on the West Coast, and up to now the boundaries of transplant regions have dictated how many organs may be available. Surgeries must occur within a certain period of time after organs are removed from the donor to remain viable for transplanting.
But Mizer says she’s been part of a trial to test a machine that will keep organs viable longer, which would widen the distance they can travel.
“I am 49, so I really would like new lungs before I’m 50,” she said. “I’d really like them for Christmas.”

Poll: Americans Grateful at Holidays, and a Bit Stressed