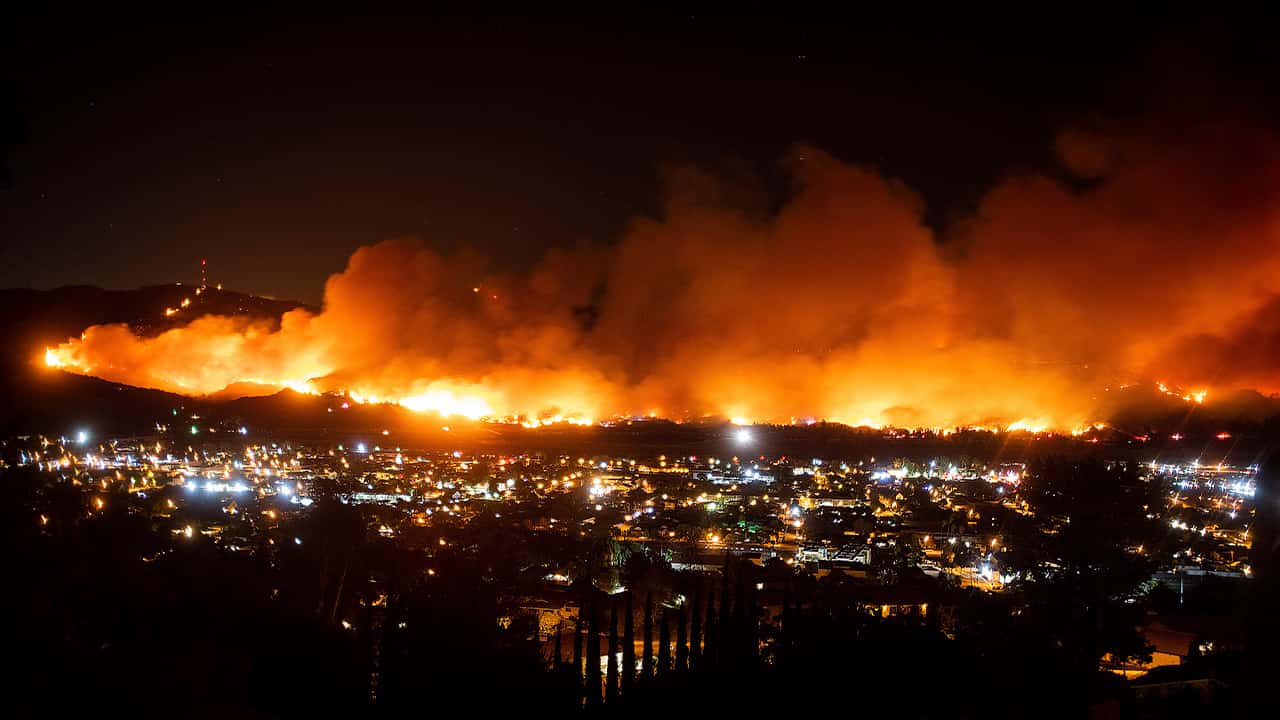 SAN FRANCISCO — The state senators grilling the CEO of Pacific Gas & Electric Corp. were upset — like millions of other Californians, some spent days in the dark when the nation’s largest utility shut off power during windstorms this fall.
The lawmakers demanded that the executive explain why blackouts intended to prevent downed power lines from sparking deadly wildfires caused so much trouble of their own.

PG&E Made Important Information Hard to Get

Communication, a foundation of emergency management, was poor. PG&E’s notifications of impending outages were haphazard at times, with some sent after the power was already out. Telecommunications companies, water providers and emergency managers did not always receive the early word they needed.
“We were surprised that PG&E provided no advanced warning to us,” an official with the city of Oroville’s drinking water provider wrote state regulators about a June outage.
PG&E made important information hard to get. It was slow to distribute electronic maps showing who would lose power, making it harder for emergency responders to know exactly where to send resources. The utility also balked at providing the addresses of medically needy customers to local officials who planned to check on them in person.

Breakdowns afflicted even basic technology. In a region that’s home to Silicon Valley and its thousands of computer programmers and engineers, PG&E had not prepared the website where it posted outage updates for a crush of customers, so it crashed. Tech experts from the state had to intervene.
The sound quality of some calls PG&E hosted during shutoffs was so poor that emergency responders and legislators had a hard time understanding updates. Even then, not everyone was invited.
“In the future, AT&T requests that it and other communications providers be included on any conference calls providing real time information,” the telecommunications giant protested to regulators after the June shutoff.
These and other early failures weren’t widely recognized as harbingers of the issues that would overwhelm PG&E come mid-October, partly because the outages affected rural areas with less political and economic clout.

While the headline-making shutoffs affected more than 2 million people across much of PG&E’s 70,000-square-mile service territory, the four initial blackouts affected tens of thousands in Northern California’s Sierra Nevada foothills and famed wine valleys. They hit in October 2018 and then in June, September and early October of this year.
Among those who saw trouble building were regulators at the California Public Utilities Commission.

Problems Continued Throughout the Smaller Shutoffs

The utilities commission, a sprawling bureaucracy with a complex rule-making process, was “not aggressive enough early in setting clear requirements and standards,” said Melissa Kasnitz, legal director for the Center for Accessible Technology, which advocates for people with disabilities.
PG&E promised to fix a range of problems promptly, and an executive said it worked hard to deliver.
In many ways, that didn’t happen. Not only did the problems continue throughout the smaller shutoffs, but they were replicated on a huge scale starting with the mid-October shutoffs.
The problems galled local officials, who vented deep frustration that a utility they often work closely with kept failing them.
After all, they are the ones dealing with a shutoff’s consequences. They must dispatch ambulances, run jails and water plants, direct traffic through darkened intersections, set up community shelters and much more.
“It’s almost as if it’s intentional disregard of all the warnings we gave them,” said Napa County Supervisor Diane Dillon, whose district north of San Francisco has experienced nearly every shutoff.

Lin Said She Was Confused by the Notifications PG&E Sent

Sixteen million people — more than the population of nearly any U.S. state — depend on PG&E for power. The shutoffs were an inconvenience for some and extremely costly for others. For society’s most frail, they brought questions of life and death. In this photo taken on Monday, Dec. 2, 2019, Grace Lin gestures while speaking at her home in El Cerrito, Calif. An Associated Press review reveals persistent problems during four smaller shutoffs that Pacific Gas & Electric did starting last year so power lines downed by strong winds wouldn’t spark wildfires. “PG&E did nothing to help us who depend on electricity to run our life support,” recounted Lin, a polio survivor who needs a ventilator to breathe and uses an electric wheelchair. “It’s not like we could simply grind our teeth and tough it out by holding our breath.”(AP Photo/Ben Margot)

On the eve of the first massive power outage, Malashenko of the utilities commission was urgently emailing company officials in frustration.
“This issue has been discussed many times over the last several months” yet “has once again become an issue with PG&E,” she wrote on Oct. 8.
Malashenko said state officials also pushed PG&E to improve in other areas. Starting in April, they met at least weekly with PG&E, pointing out needed improvements and stressing that aspects of the utility’s preparation was inadequate.
PG&E argued that the commission’s own privacy rules meant it couldn’t share the addresses without a non-disclosure agreement, spokesman Jeff Smith explained. Resolving the problem took an order that the commission’s executive director sent three hours before the first massive blackouts began.

Other groups of vulnerable Californians endured shutoffs without the help they needed.
“A lot of them don’t have support, a lot of them don’t have family,” Betty Briggs, 84, said of her elderly neighbors in the well-touristed Napa Valley town of Calistoga. “It makes it very difficult, and it puts them in danger.”
Briggs can get around without help, but her husband requires 24-hour care due to dementia. He lives nearby at Cedars Care Home, where seven residents in their 80s and 90s experienced three shutoffs before mid-October.
The outages created anxiety for people reliant on routine, as well as practical problems. This Is Where Decisions Are Made and Answers Can Be Found

Beds and wheelchair lifts require electricity. So does the heat and air conditioning. When the freezer got too warm, staff tossed 30 days of backup food.
Owner Irais Lopez still hasn’t restocked fully.
“Now, we only buy small quantities,” Lopez said, “because we don’t know what will happen.” In this photo taken Thursday, Dec. 5, 2019, administrator Irais Lopez-Ortega opens a refrigerator while describing all the food that was lost in the recent power shuttoffs at the Cedars Care Home in Calistoga, Calif. Even before widespread blackouts hit California this fall, the utility that triggered them showed signs it wasn’t fully prepared. An Associated Press review reveals persistent problems during four smaller shutoffs that Pacific Gas & Electric did starting last year so power lines downed by strong winds wouldn’t spark wildfires. (AP Photo/Eric Risberg)

The Utility Now Has a Market Value of About $6 Billion

The company spent three years in bankruptcy starting in 2001, after California’s attempt to deregulate its power market went awry.
Maintenance failures led to a natural gas pipeline blast near San Francisco in 2010 that killed eight people. PG&E was found criminally liable and paid a $1.6 billion fine.
In late 2017, its equipment was suspected of starting the Tubbs Fire that killed 22 people and destroyed more than 5,600 buildings.
The utility revealed in spring 2018 that it would start using power shutoffs when fire danger was high and extreme winds blew.
PG&E then began to explain what to expect, sending millions of emails to update its customer contact files, running advertising in multiple languages and holding hundreds of meetings with community leaders, public safety agencies and residents.
The California Public Utilities Commission started writing guidelines for how utilities should roll out “de-energization.” The guidelines were published as a 176-page document in June.
By that point, PG&E had again filed for bankruptcy protection, crushed by liabilities for fires in 2017 and 2018, including the Camp Fire that nearly wiped out the town of Paradise and killed 85 people.
The utility now has a market value of about $6 billion — a drop of $30 billion in just over two years — and is working with the state and a federal judge to emerge from bankruptcy by June 30.

The Utility Had Some Struggles During the Early Shutoff

California Gov. Gavin Newsom said he expects PG&E’s entire 14-member board of directors, including Johnson, its CEO, to step down before the state will approve the utility’s plan to regain its financial footing. PG&E Said It Will Need to Improve How It Reacts

“Did we hit the mark on every single improvement? No. Do we have more work to do? Yes,” Singh said.
Power shutoffs are likely to be a feature of life in California for years to come. PG&E must invest billions in infrastructure upgrades, and communities are spreading into lands once populated by trees and brush.
Regulators promise to be watching closely.

“If we have an outcome that doesn’t meet the public expectation and what we need to run as a state,” said Malashenko of the utilities commission, “that means that we need to rethink our approach and try something different and drive to a better outcome.”
In November, the commission launched an investigation into whether it should sanction PG&E for violating shutoff protocols.
PG&E said it will need to improve how it reacts after it shuts off the power.
“I think we thought the big event was turning off the power,” Johnson told lawmakers. “And I think we focused on that as the main event instead of the impact of that, right, on the people it affected.”