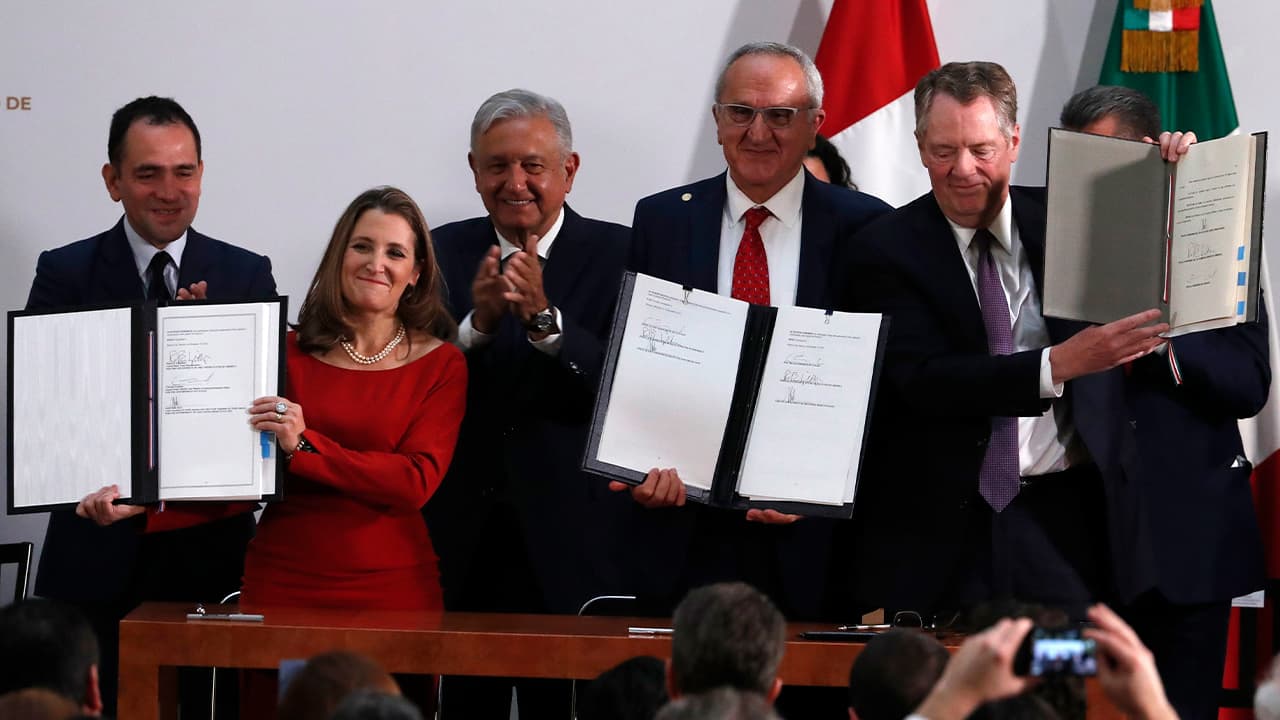 WASHINGTON — One day after its historic impeachment votes, the Democratic-led House gave President Donald Trump an overwhelming bipartisan victory Thursday on a renegotiated trade agreement with Canada and Mexico.

“Twenty-six years ago, I opposed NAFTA with every bone in my body,” said Rep. John Lewis, D-Ga. “I never thought the day would come when we would have the opportunity to right some of the wrongs in that agreement.”
Pelosi said the agreement was “light years” ahead of what the administration negotiated with Canada and Mexico. “We knew we could do better,” Pelosi said.
The original NAFTA phased out nearly all tariffs on goods produced and traded within North America. It was extraordinary because it linked two wealthy, developed countries with a poor, developing country. Since then, trade with Canada and Mexico has increased more rapidly than trade with most other countries.
Democrats for years have charged that NAFTA led to massive losses of high-paying manufacturing jobs in the U.S. as companies moved production to low-wage Mexico. Trump distinguished himself from free-trade Republicans in the presidential primary with his NAFTA-bashing rhetoric, and his administration got Canada and Mexico to negotiate a rewrite.
The International Trade Commission projected in April that the agreement would boost the economy by $68 billion and add 176,000 jobs six years after taking effect.
Some of the biggest impacts would be felt in the U.S. automotive industry. The agreement aims to see more cars produced where workers earn an average of at least $16 an hour.
The commission found that the new agreement would create 30,000 jobs in American auto parts plants. On the down side, the commission found the pact would increase the cost of pickup trucks and cars. That would hurt demand and reduce the number of jobs in factories that assemble cars by about 1,500.

Some Republicans Grumbled That Democrats Took Too Long

Business and farm groups had been hitting the airwaves and the halls of Congress to get lawmakers to support the pact, putting pressure on Democrats to work with the administration even as labor unions remained wary that the new deal represented much of an improvement from NAFTA.