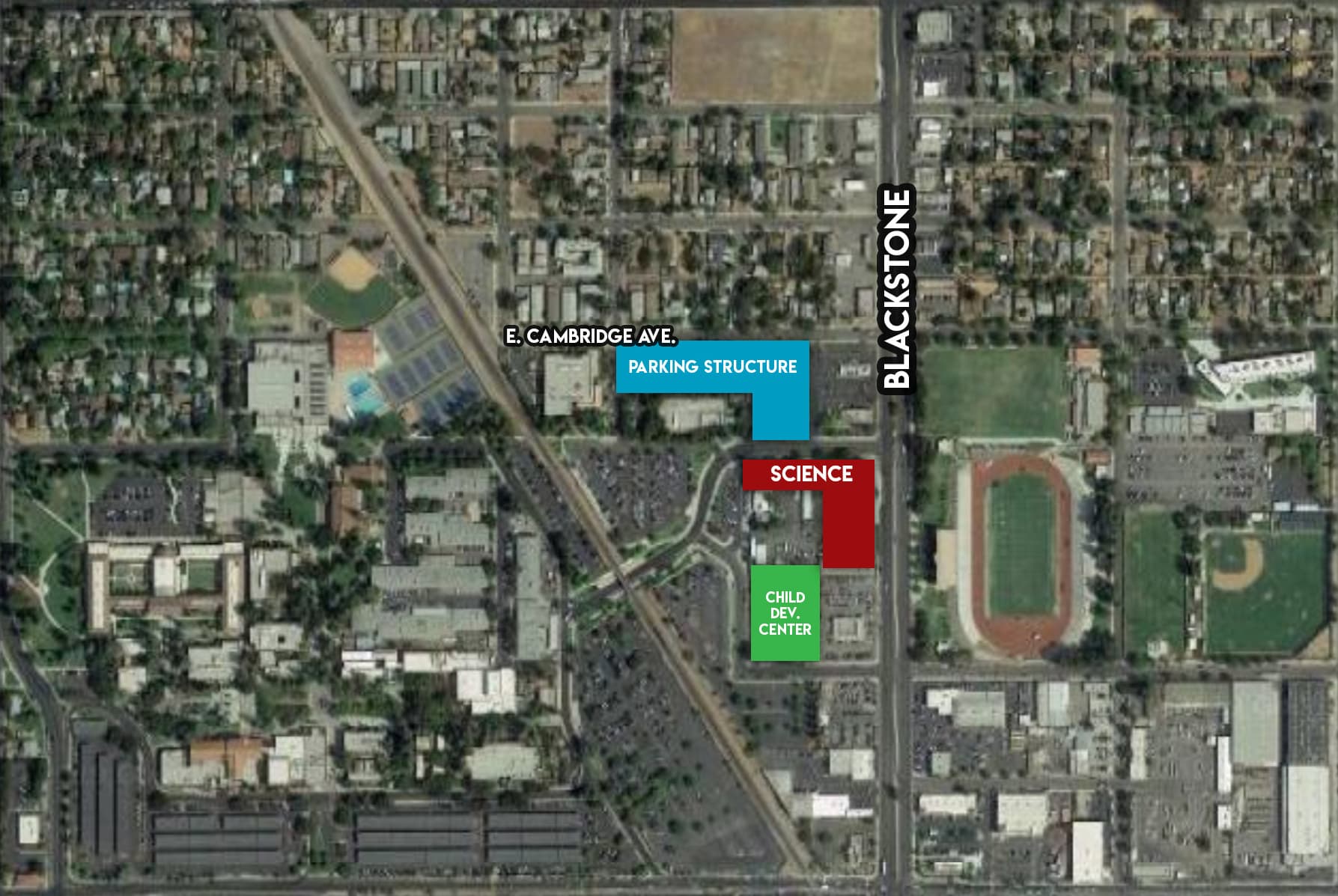 Fresno City College moved a step closer to its long-awaited parking garage after the State Center Community College District board voted unanimously Tuesday to approve an $18.5 million construction contract for the project.
The board also unanimously approved a resolution that found no negative impact under California’s Environmental Quality Act from the parking garage and several other new structures that are in the works, including a Science Building and Child Development Center.

Last night, our board awarded the construction contract to build the @fresnocity parking structure! This was the #1 issue for students and neighbors that I heard during my campaign. TY to our great staff, college leaders, and to the community for supporting Measure C! @SCCCD pic.twitter.com/MA0Egim2h8

Listen to this article:
District spokeswoman Lucy Ruiz said that if the contract is awarded Tuesday, the design-build process would begin in January, and the garage would be built by the end of 2021 or beginning of 2022.
The parking garage is one of several new Fresno City College structures that will be built between Blackstone and the railroad tracks that cross the campus. The district also is planning for a three-story, 95,000-square-foot Science Building, a 16,480-square-foot Child Development Center and a 10,000-square-foot Maintenance and Operations Building on the 11-acre site.
At Tuesday’s meeting, the board is scheduled to approve a resolution declaring that the projects will have no adverse impact under California’s Environmental Quality Act.

Three contractors were selected as finalists for the design-build project, and Bomel Construction Co. of Irvine submitted the lowest bid of $19.2 million for a garage with 860 parking stalls.
The selection committee then asked Bomel to look for cost savings in its proposal, and the company came back with a lower guaranteed maximum price of $18.5 million. Funds from Measure C, the $485 million bond measure that voters approved in June 2016, will pay for the parking structure.
According to State Center, Bomel has built more than 300 parking structures using the design-build method, including 24 for community colleges, CSUs, UCs, and private colleges.
Parking on the central Fresno campus already eased somewhat after the district’s administrative offices were moved to the old Guarantee Bank building in downtown Fresno.
The board voted in March 2018 to spend $10.6 million in Measure C funds to buy the property, which came with a nearby parking garage.

Tuesday’s board meeting begins at 4:30 p.m. and will be in the district office boardroom, 1525 E. Weldon Ave., Fresno.
Related Topics:Fresno City Collegeparkingparking garageState Center Community College District
Up Next