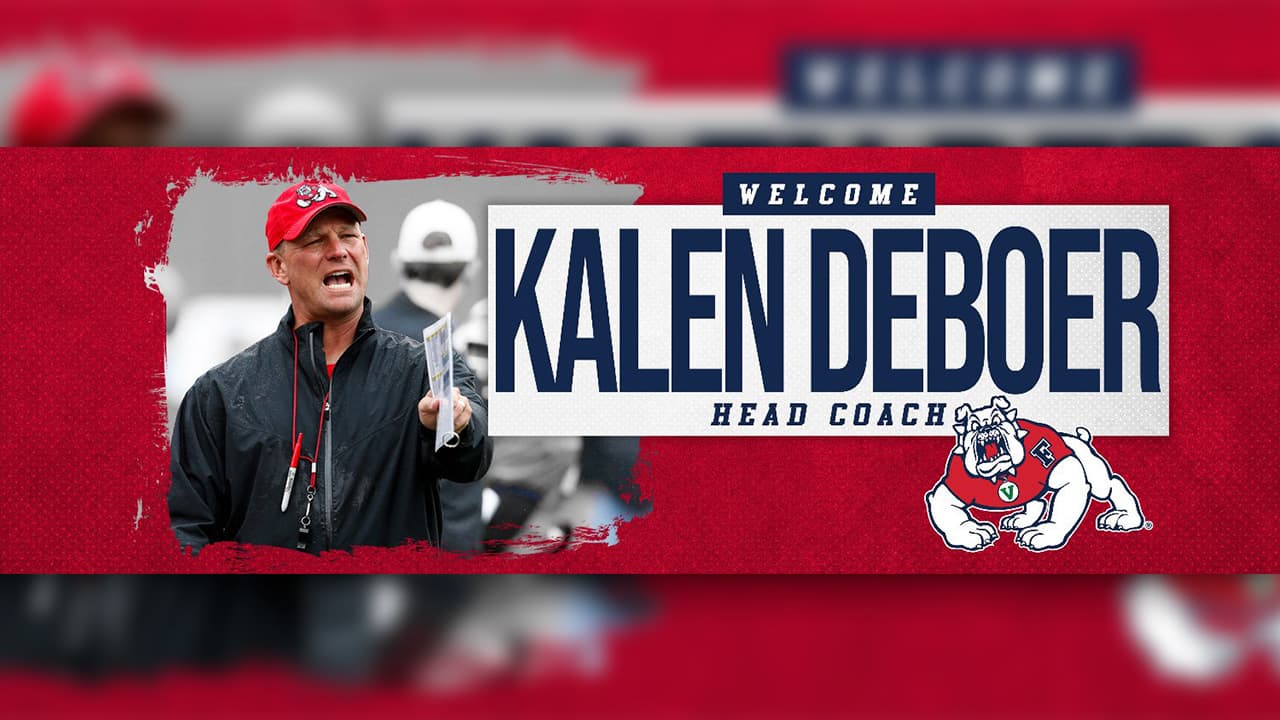 Fresno State confirms that it will introduce Kalen DeBoer as its new football coach this afternoon.
DeBoer, 45, comes to the Bulldogs from the Big Ten’s Indiana University, where he was the offensive coordinator for the high-scoring 8-4 Hoosiers.
It was Indiana’s best season in a quarter-century, and the Hoosiers averaged nearly 33 points a game.
He replaces Jeff Tedford, who retired after three seasons for health reasons.

It is a return to Fresno for DeBoer, who was the Bulldogs offensive coordinator under Tedford for the 2017 and 2018 seasons. During that time, the Bulldogs compiled a 22-6 record — highlighted by a Mountain West championship in 2018 and victories in the Hawaii and Las Vegas bowls.
DeBoer arrives with head coaching experience. He led the University of Sioux Falls to three NAIA national titles. His record, over five seasons with the Cougars, was 67-3.

We have a new man in charge, but he’s no stranger to the Valley‼️#GoDogs | #PrideOfTheValley pic.twitter.com/SMSOKgmrOC
— Fresno State Football (@FresnoStateFB) December 17, 2019

The Bulldogs’ new coach was an All-American receiver at Sioux Falls, graduating with several school records. While coaching there, his teams won five straight conference titles and reached the NAIA championship game four consecutive times.
He also served as an offensive coordinator for Eastern Michigan and Southern Illinois before joining Tedford’s staff.


Related Story: This Bulldog's Video Tribute to His Dad Is a Must-See