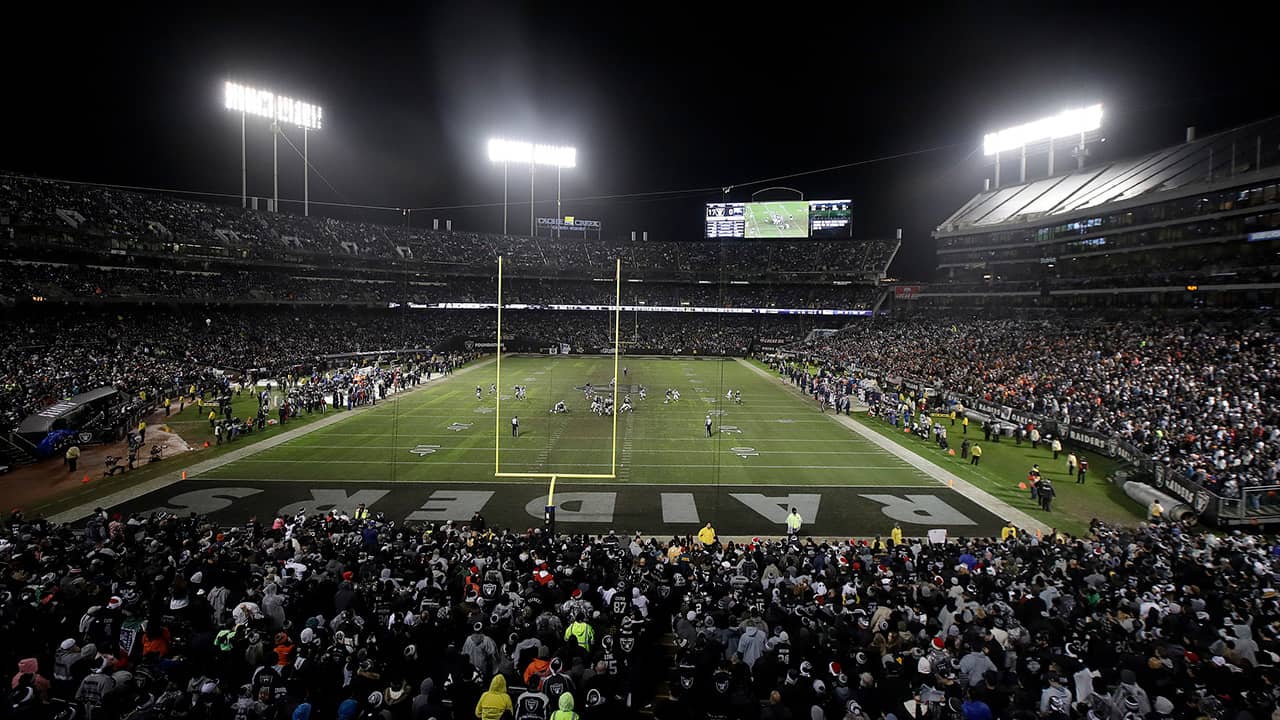 OAKLAND — Derek Carr’s last-second desperation heave fell to the turf in the end zone and the fans at the Oakland Coliseum went silent.

There Was Some Wavering at the End as the Raiders Collapsed

The fans packed the parking lots early, turning the tailgates into a wild party of singing, dancing and food before the game. That atmosphere carried over into the stadium when fan favorite Charles Woodson lit the Al Davis torch for the final time in Oakland and dozens of former Raiders greats came onto the field for a halftime tribute.
Woodson addressed the crowd, thanking them for their support, especially over the past 17 seasons when the team posted a winning record only once.
“You’ve been here through the ups. You’ve been here through the downs. But you’ve never wavered,” Woodson told the crowd.
There was some wavering at the end as the Raiders collapsed down the stretch after breaking out to a 16-3 halftime lead. They still led 16-6 heading into the fourth quarter before the game quickly turned.
After an Oakland punt, the Jaguars drove 79 yards to cut the deficit to 16-13 with 5:15 remaining.
The Raiders tried to run out the clock and got a pair of first-down runs from Josh Jacobs and another from Carr. But Carr was ruled out of bounds with 2:05 to play after trying to slide down inbound, sparing the Jaguars from using a timeout.

Oakland Got a Delay of Game Penalty in the Confusion

“Very, very shocked,” Carr said about the call. “One of the more shocking ones of my life to be honest. I understand the rule a little differently I guess.”

When Will Bulldogs Finally Prevail in 'Winning Time'?