Visalia Catholics Think Big, and It's a Wonderful Thing 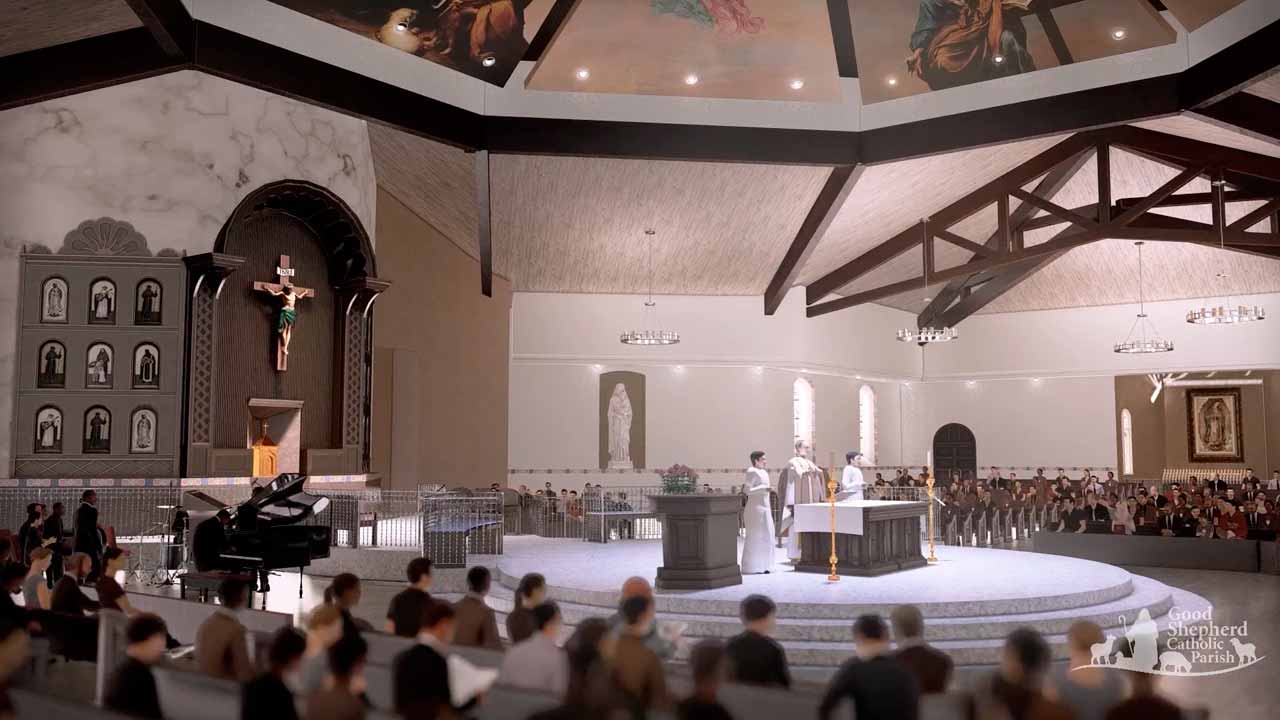 It’s Christmas, and there’s no room at any of your town’s existing inns. You can’t open additional inns because you’re already running short of innkeepers. What to do?
People in Visalia — who have a spirit rare in any season — might suggest building a bigger inn.

This is a Christmas story about the groundbreaking of a 21st century California church. It’s also an example of how we could think more productively about the twin challenges of shortage and abundance — and of how the biggest things may fit best in our smallest places.
By 2021, Visalia, a city of just 136,000, will be home to one of America’s largest Catholic churches. With more than 3,000 seats, St. Charles Borromeo Church will be able to accommodate more believers than Orange County’s Christ Cathedral (formerly known as the Crystal Cathedral), or even St. Patrick’s Cathedral in New York City.

The Power of Faith

If the notion of such a large church on the southwestern edge of a small city seems jarring, it’s only because the decision to build the place is so at odds with California’s usual logic. Indeed, the project embodies a faith that we need more of.
Our state too often responds to setbacks or shortages of resources by cutting back or lowering our horizons. But in Visalia, the Good Shepherd Catholic Parish is treating its own challenges as an opportunity to foster community and to create something grand.


With more than 3,000 seats, St. Charles Borromeo Church will be able to accommodate more believers than Orange County’s Christ Cathedral or even St. Patrick’s Cathedral in New York City.
The biggest issue it’s dealing with is a longstanding shortage of priests, nationally and locally. In the Visalia area, three full-time priests now rotate, covering 11 weekend masses across four Visalia-area churches. But priests and church officials have said publicly that this is a strain. And, with fewer men entering the priesthood (and more exiting it because of retirements and the sex abuse scandal), they won’t be able to maintain the structure for much longer.

One Million Catholics in Fresno Diocese

In similar circumstances elsewhere, Catholic dioceses have engaged in a triage of downsizing and church closings that has left long-standing communities of parishioners bereft. But Visalia is a rare place.
Even as declining immigration and low birth rates stall population growth in California, Visalia is still growing because people are attracted to its relatively low cost of living.
The city also packs an outsized cultural punch. It has a flourishing arts community with its own symphony and opera, good restaurants reflecting California’s full diversity, and a minor league baseball team known for its innovative fan outreach. The town offers a feeling of community that’s noticeable even if you’re only a casual traveler stopping on your way to nearby Sequoia National Park.
As a result, Visalians are accustomed to getting out of the house, and one place they like to go is church. Nationally, Catholic church membership is in decline, but in Visalia, it has grown — by as much as 7% annually. Indeed, the San Joaquin Valley is one of California’s most Catholic places. The Fresno Diocese, of which Visalia is a part, is America’s 14th largest, with an estimated one million Catholics among its more than 2.5 million residents. A rendering of the church’s exterior. (Diocese of Fresno)

So for the past two decades, Visalia has been trying to figure out how to serve growing congregations with fewer priests. Today’s massive church project is a culmination of that search.
First, in the name of efficiency, the small church in Goshen was combined with the Holy Family parish in Visalia; then Visalia’s three parishes were combined into one area parish, Good Shepherd. But, with growth and consolidation, the churches were soon jammed on weekends.
By 2006, church leaders, city officials, and the business community were talking about the idea of creating one big church that could serve thousands of people in one place. A grand building also could serve as a signature landmark to attract worshippers from around the region, the thinking went.


“The priest shortage doesn’t just mean we don’t celebrate as many masses or we close down churches. But we open up a big one so a lot of people can be served.” — Father Cesar Solorio
By 2007, the city had approved a plan to build a complex — including a large church, a school, and a parish hall on church-owned land at Visalia’s “Amen Corner,” the intersection of Caldwell Avenue and Akers Road.
Big churches work there. Last year, First Visalia, an Assembly of God church of 7,000 people which has been based at the corner for the two decades, opened a large and new sanctuary with a capacity of 3,000. Pastor Mike Robertson, who wants to open a Starbucks on the corner, says his church and the new St. Charles Borromeo might have to stagger service times to avoid traffic nightmares.
The Catholic complex has been slow to take shape because of the Great Recession and struggles with fundraising. Early in this decade, the parish hall was built, and it quickly filled with worshippers. With the local economy slow to recover, the great church idea wasn’t revived until 2017, with a new plan that made the $16 million building 25% bigger.
Church officials have told parishioners that one grand church will allow them to offer more ministries and services. All Sunday masses will be moved to the church, while the other parish churches will still handle services and events during the week.

Power of a Large United Community

At the groundbreaking, Father Cesar Solorio said that a historically large church had Biblical precedent; Jesus managed to feed 5,000 people when he multiplied the bread and the fish, the priest noted. “The priest shortage doesn’t just mean we don’t celebrate as many masses or we close down churches,” Solorio said. “But we open up a big one so a lot of people can be served.”
The larger hope is that the church can be an inspiration. It could unify the Visalia parish’s congregations in one shared place, thus creating a larger community. The church’s national prominence could attract people from across the Valley and the country.
And if it inspires Californians to think bigger in their own enterprises, Visalia’s huge new church may prove to be a gift to us all.
(Bishop Joseph V. Brennan explains the project at this link.)

Walters: One Tax Measure Goes Away