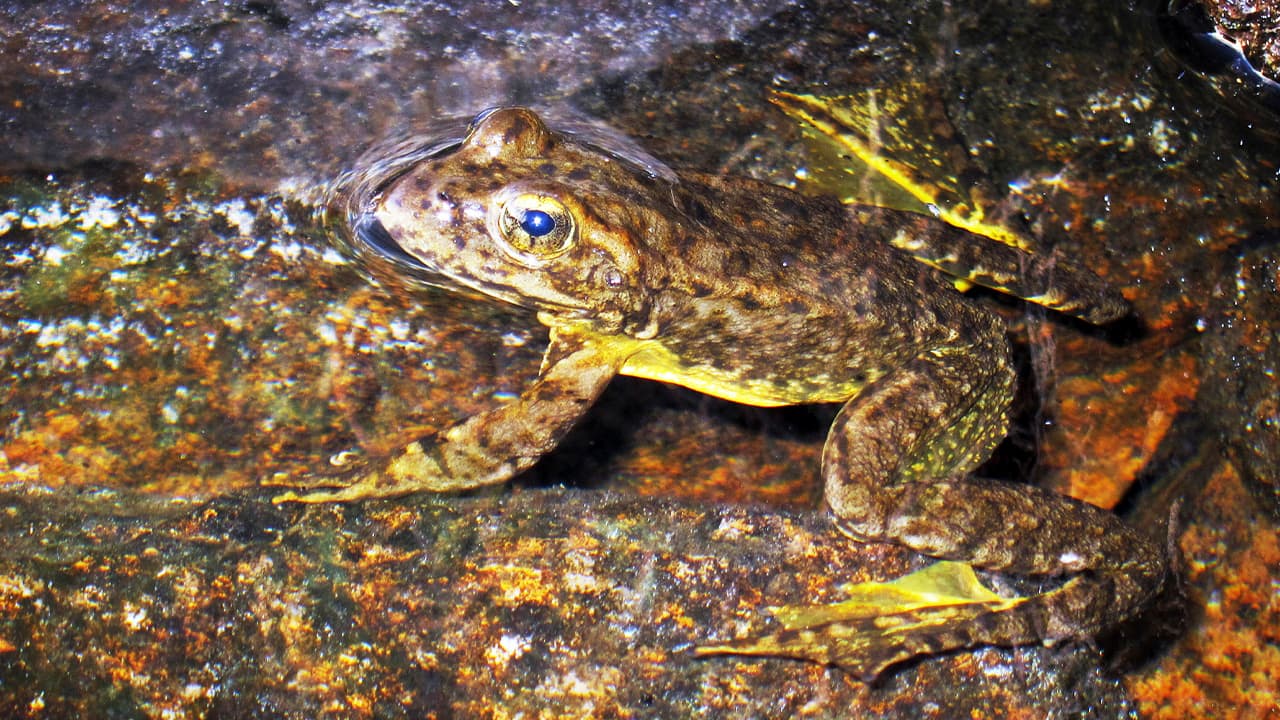 SACRAMENTO — There’s new hope for an endangered California frog that has vanished from half of its habitat. FILE – In this June 11, 2004, file photo, Vance T. Vredenburg, a researcher from the University of California, Berkeley, inspects a mountain yellow-bellied frog caught in a pond near in the Sierra Nevada near Ebbetts Pass, Calif. The California Fish and Game Commission on Wednesday, Dec. 11, 2019, approved California Endangered Species Act protections for five of six populations of a related species, the foothill yellow-legged frog, that has disappeared from more than 50% of its historic habitat in the state. (AP Photo/Rich Pedroncelli, File)

The commission determined that frogs on the state’s northern coast “do not currently warrant protection,” the Center for Biological Diversity said in a statement.
The tiny, pebbly-skinned frogs were once found from Los Angeles County to the Oregon border but their populations have shrunk thanks to threats from human encroachment, dams, climate change, pollution and activities ranging from logging and mining to marijuana growing.


Related Story: California Must Stop Relying on the Endangered Species Act to Manage the ...