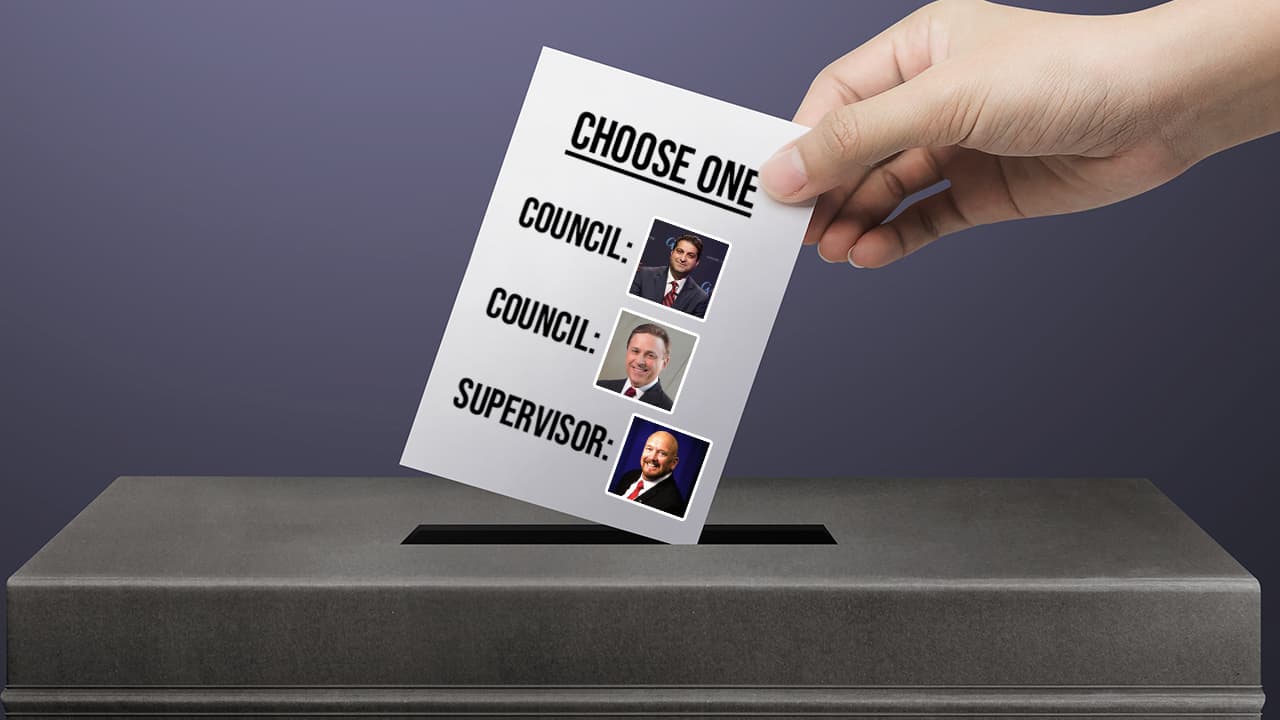 The deadline passed Friday for candidates to file to run on the March 3, 2020, ballot. And several races featuring incumbents failed to draw even a single challenger.
On the Fresno City Council, District 2’s Mike Karbassi and District 6’s Garry Bredefeld will stand for reelection unopposed.
Karbassi won a special election to the seat representing northwest Fresno in August, garnering a majority of voters in the first go-around to avoid a runoff. Steve Brandau left the seat early after winning a special election for county supervisor.
For Bredefeld, this is a breeze compared to his 2016 election campaign for his return to the city council. Bredefeld outlasted a field of four in the 2016 primary, just falling under the 50% plus one margin. He easily won the general election. Bredefeld also served on the council from 1997-2001.

In the District 4 seat representing east-central Fresno, just two candidates filed. Tyler Maxwell and Nathan Alonzo have been campaigning for the better part of 2019. Barring the unforeseen (like a write-in candidate preventing a majority winner), one of these men will win the seat outright in March and have eight months to get ready for the office.
The current District 4 councilman, Paul Caprioglio, is termed out of office. He endorsed Alonzo.
Maxwell, meanwhile, recently announced that former Fresno mayor Alan Autry is backing his campaign.

Three county supervisors are on the ballot, and none of them drew an opponent.
Supervisors Steve Brandau (2nd district), Sal Quintero (3rd district), and Nathan Magsig (5th district) will apparently cruise to seconds terms.
Brandau won a special election last April for the vacant seat when Andreas Borgeas was elected to the state Senate. Quintero and Magsig were elected for the first time in 2016.
According to County Clerk Brandi Orth, even though there may be one name on the ballot, the council and supervisor seats will remain on the ballot because there could be a write-in candidate.

Five in Mayor’s Race. Deadline to File Is Wednesday.

Mayor Lee Brand made it official about not running for a second term when he did not file by the Friday deadline. By law, the filing period extends through Wednesday.
Five candidates will appear on the ballot thus far: Andrew Janz, Jerry Dyer, Nickolas Wildstar, Bill Gates, and Floyd Harris.
If no candidate receives a majority vote, the top two candidates will move on to a November runoff.


Related Story: Who Besides the Obvious Are Running for Fresno Mayor?

The final list of candidates for Assembly and congressional seats representing Fresno County won’t be fully available for a few weeks. But, based on who filed, there should be no surprises.
Assemblyman Joaquin Arambula (D-Fresno) has one opponent: Republican Fernando Banuelos.
Likewise, Jim Patterson (R-Fresno) has one opponent, Aileen Rizo, who apparently took out papers in Tulare County. If Rizo qualifies, it would be a rematch of the 2018 race.
For Congress, 16th District Rep. Jim Costa (D-Fresno) faces at least three opponents: Esmeralda Soria, Kevin Cookingham, and Kim Williams.
Rep. TJ Cox (D-Fresno) appears slated for a 2018 rematch against former 21st District Congressman David Valadao.
And, in the 22nd district seat, Rep. Devin Nunes (R-Tulare) will face challenges from Bobby Bliatout, Phil Arballo, and Dary Rezvani — all Democrats. A fourth challenger, Eric Garcia, also took out papers.
These are “jungle primary” races, meaning the top two vote-getters will advance to the general election, regardless of party affiliation or if there are only two contestants.

There is one contested judicial race on the March ballot.
Former county district attorney Elizabeth Egan will face Senior Deputy District Attorney Douglas Triesman for the seat held by Alan Simpson, who is retiring.
One other county judicial seat will see a new judge. Prosecutor Gabriel Brickey is the only candidate to file for the seat held by Don Penner, who is also retiring.
Seventeen other judges filed and drew no opposition.

The March ballot will see eight measures from local districts. Most of them are from school boards seeking approval of bonds or taxes.