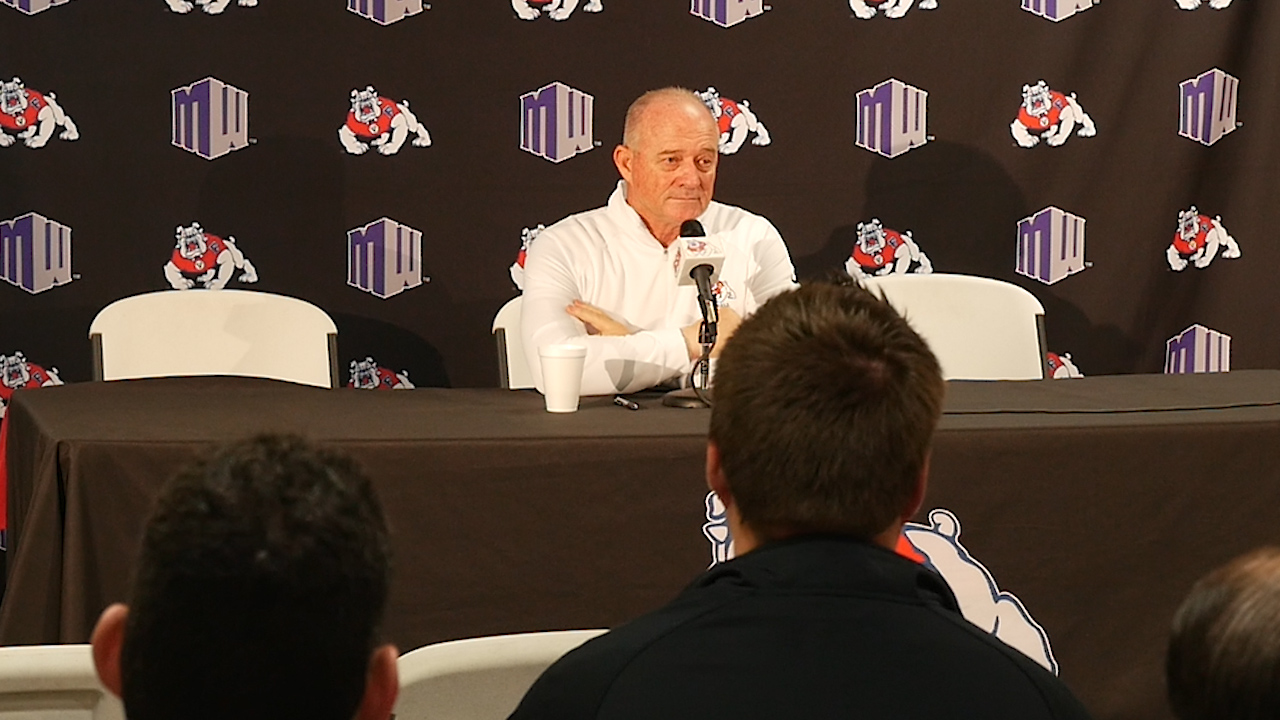 Jeff Tedford, who breathed new life into Fresno State’s down-on-its luck football program, has resigned in order to save his own life.
“It is with a heavy heart, and there is no pun intended in that, I am announcing today I need to step down as head coach,” Tedford said Friday morning.


“While I appreciate football, the stresses and anxieties of this job do not match up well with my cardiac issues.” — Jeff Tedford
At a hastily called news conference, Tedford said he experienced unusual symptoms at a practice about two weeks ago.
He said his heart had to be shocked because of Atrial Fibrillation (AFib), an irregular heartbeat.

He has an ablation — described by the American Heart Association, as “a procedure that uses radiofrequency energy (similar to microwave heat) to destroy a small area of heart tissue that is causing rapid and irregular heartbeats” — scheduled in January at the Mayo Clinic in Minnesota.
“While I appreciate football,” Tedford said, “the stresses and anxieties of this job do not match up well with my cardiac issues.”
Tedford will remain with Fresno State as a special assistant to athletic director Terry Tumey.

Tedford, 58, acknowledged how difficult the job of a head coach could be on family.
“This is a very selfish profession,” said Tedford, a football lifer. “It’s 24-7, 365 days a year. (My wife) deserves from me some quality time … sometimes even when I’m physically present, I’m not necessarily listening or well connected. There’s a lot on my mind.”
Toward the end of his 30 minutes news conference, Tedford fought back tears while reflecting on his family.
“My wife (Donna) and my sons have sacrificed a lot. Now it’s time to live,” Tedford said.
Technically, this is a resignation rather than a retirement, a designation that has to do with a state pension, Tedford said.

Transitioning to a New Coach

The timing of Tedford’s exit and state law may complicate filling the vacancy by the Dec. 18 National Letter of Intent signing day.


“My wife (Donna) and my sons have sacrificed a lot. Now it’s time to live.” — Jeff Tedford
State law mandates a 14-day window between when a job becomes vacant, and when it can be filled.
Tedford announced offensive coordinator Ryan Grubb as the interim coach.

Tumey: ‘Everything We Want in a Bulldog’

Both Tedford and Tumey said the Fresno State coaching job is an attractive one.
Tumey said a coach with character is important. But, someone with Central Valley or Fresno State ties is not a prerequisite.
“That’s something you can take into consideration. But it will not be the decisive point as it comes to this very, very important position,” he said.
Tumey also spoke about the positive mark that Tedford leaves on the program.
“This is a very difficult day for me and as an athletic director,” Tumey said. “Jeff Tedford embodies everything we want in a Bulldog. That is the legacy that Jeff Tedford will leave here as a coach, and that is the legacy we will continue to carry on, as an athletic department, and as a program here at Fresno State.”

Tedford Disappointed That Resignation Was Leaked

“I am disappointed how this news broke. Because, I owe it to … my staff, my players, to be able to tell them in person,” Tedford said.
The Athletic reporter Bruce Feldman broke the news at 8:41 p.m. PT Thursday night on Twitter. Much of the local media followed, some citing Feldman, some not.
Fresno State announced a news conference for Friday shortly thereafter.
The other item in Feldman’s tweet, whether former Fresno State and current Indiana offensive coordinator Kalen DeBoer is a leading candidate, was not addressed during Friday’s news conference.

BREAKING #FresnoState head coach Jeff Tedford is expected to step down due to health reasons, per sources. More details to come.. He went 26-14 in three seasons there and FSU was ranked No. 18 in the country last season.…Expect #Indiana OC Kalen DeBoer to be a leading candidate. 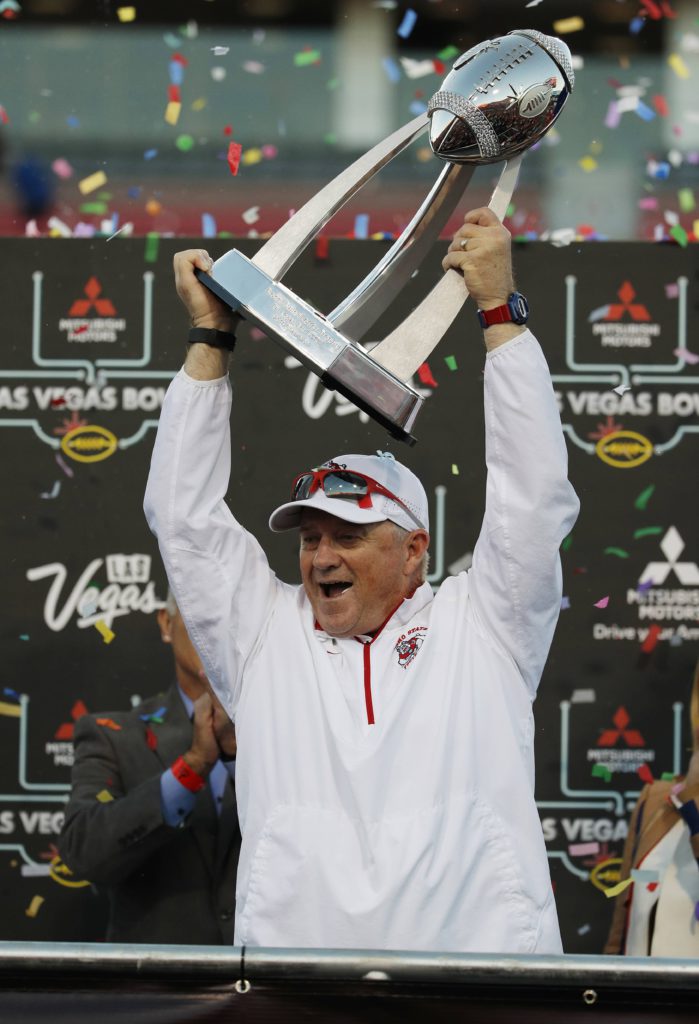 Fresno State hired Tedford following the 2016 season and he had a 26-14 record during his tenure. He took over a one-win team and quickly rebuilt the program.
For Tedford, Fresno State was a return destination — he quarterbacked the team in 1981-82 under Coach Jim Sweeney.
The Bulldogs went 10-4 in his first season and played in the Mountain West title game. Fresno State then set a school record for wins last season with a 12-2 mark that included a conference title game win over longtime nemesis Boise State and then a win over Arizona State in the Las Vegas Bowl. Fresno State finished ranked 18th in the nation.
The Bulldogs slumped to a 4-8 finish this year, losing their final four games.
Tedford began his head coaching career at California. He led the Golden Bears to an 82-57 record and eight bowl bids in 11 seasons.
He helped tutor future first-round quarterbacks Aaron Rodgers and Kyle Boller during his tenure and got Cal as high as No. 4 in the rankings in 2004 but never made it to the Rose Bowl.
After being fired from Cal following the 2012 season, Tedford took a job as offensive coordinator in the NFL with Tampa Bay in 2014. He stepped down from that job in the preseason with heart problems.
He coached in the CFL and then spent one season as a consultant at Washington before getting a second chance as a college head coach at Fresno State.
(Associated Press contributed to this report.)

Saints, 49ers Clash With Top NFC Seeding in the Balance

Tom Waits: 'We Are Monkeys With Money and Guns'