US Economy Grew at a Moderate 2.1% Annual Rate Last Quarter 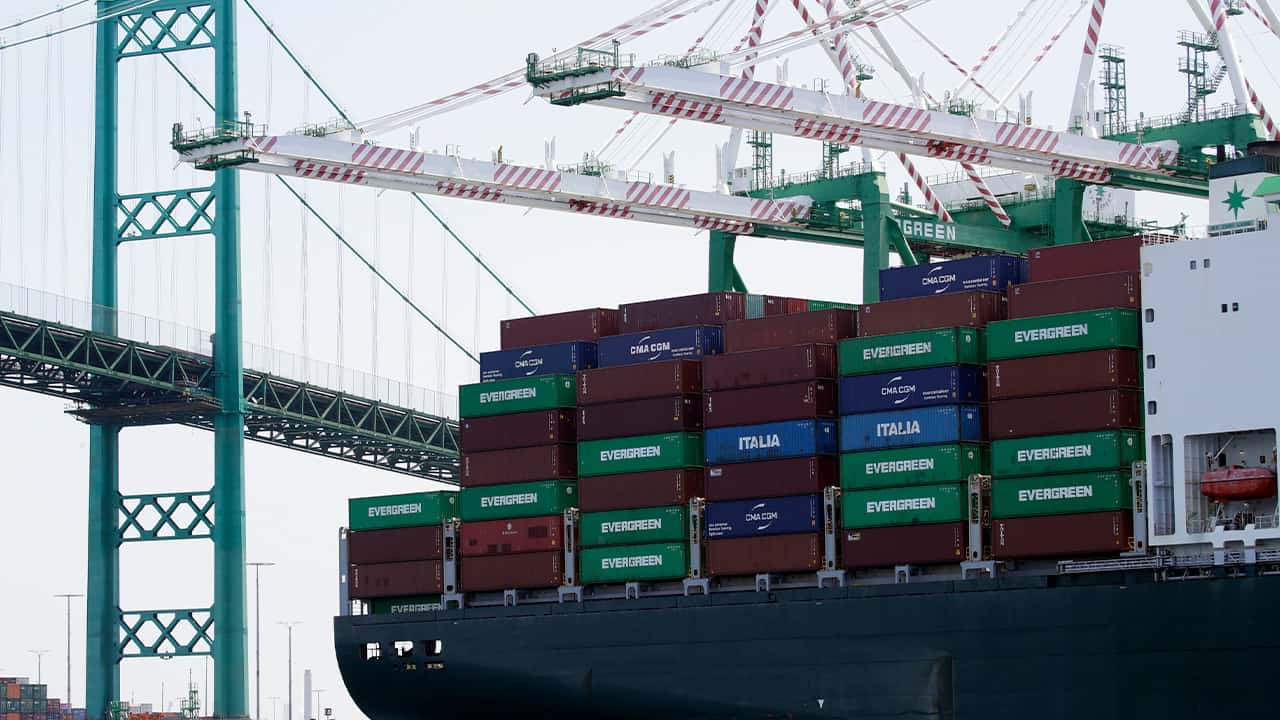 WASHINGTON — The U.S. economy grew at a moderate 2.1% annual rate over the summer, slightly faster than first estimated, the government said Wednesday. But many economists say they think growth is slowing sharply in the current quarter. FILE – In this Oct. 19, 2019, file photo Eldon Sylvester harvest soybeans in his field near Wamego, Kan. On Wednesday, Nov. 27, the Commerce Department issues the second estimate of how the U.S. economy performed in the July-September quarter. (AP Photo/Charlie Riedel, File)

Many Economists Envision Growth of Around 2%

Last quarter, business investment fell at a 2.7% annual rate, the second consecutive decline. Residential investment did rebound to an annual growth rate of 5.1% after six consecutive quarters of falling home investment. Analysts attribute that rebound in part to falling mortgage rates.
For the full year, economists think GDP will expand 2.3%, down sharply from a 2.9% GDP gain in 2018. That increase had been fueled by the $1.5 trillion tax cut that President Donald Trump pushed through Congress and billions in additional spending for the military and domestic programs.
For 2020 as a whole, many economists envision growth of around 2%. That would be roughly the annual average that has prevailed since the Great Recession ended in 2009. But it is well below the 3%-plus economic growth rates that Trump pledged to achieve with his program of tax cuts, deregulation and America-first trade policies.
As recently as several months ago, as U.S.-China trade tensions were escalating, global growth was slowing and financial markets were suffering losses, many analysts worried that the economy might be on the verge of recession.

But the Federal Reserve, which had raised rates four times in 2018, began cutting rates in July, giving a boost to interest-rate sensitive sectors of the economy. This month, after its third rate cut of the year, the Fed signaled that it would likely keep rates unchanged in coming months unless it saw signs of significant economic weakness.