The Fresno office of the California Highway Patrol used social media Wednesday morning to warn about the dangers of driving in snowy conditions in the foothills and mountains.

The CHP’s main message in the midst of the Valley’s first winter weather event: “Yes really! Chains ARE required.”

The Fresno CHP offers these safety tips:  Be prepared with snow chains, a full tank of gas, and warm clothes in the event you get caught in a prolonged road closure or an emergency situation.

Yes really! Chains ARE required. This driver did not obey the signs or warnings. Don’t put yourself in this situation. If you are planning a trip to the mountains, expect snow. Be prepared with snow chains, a full tank of gas and warm clothes in the event you get caught in a prolonged road closure or an emergency situation. Even those with four-wheel drive or all-wheel drive must carry chains at chain controlled areas.

Shaver Lake resident Kevin Ryan said on Facebook that the truck in the picture spun out on Highway 168 just below Shaver Lake.

China Peak Says It Will Open Friday for Skiing

Skichinapeak.com reported that it had gotten more than 2 feet of snow through mid-afternoon Wednesday and would open for skiing Friday.

“More is on the way, including tonight and Thanksgiving Day. The snow is incredibly light, so it doesn’t pack down to a deep base,” the resort operators said. “Hopefully, we’ll see another few feet before Friday. We’re not certain yet what will open, for sure Chair 6 and the 400 (foot) beginner carpet, with maybe Chair 1 or Chair 4, depending on weather the next 40 hours.”

China Peak said it would provide an update Thursday morning.

The Wednesday morning forecast from NWS Hanford said that the storm “will continue to impact Central California through the Thanksgiving holiday. The heaviest precipitation is expected Wednesday. Holiday travel could be problematic as accumulating snowfalls at and below pass levels.”

Forecasters are expecting rain totals to be about a half-inch on the Valley’s west side and 1 inch on the east side.

More specifically, NWS Hanford said, “Heaviest snowfall is expected for the higher elevations of the Sierra Nevada but snow levels will drop to around 2,000 feet tonight and early Thursday which means some snowfall will be seen over the coastal hills and in the Sierra Foothills.

“A few snowflakes could mix in even as low as 1,500 feet. Gusty winds will also accompany this system with (the) strongest winds in the higher elevations.”

Forecasters are expecting rain totals to be about a half-inch on the Valley’s west side and 1 inch on the east side.

The clouds just parted and wow, what a picture postcard as the sun hits the snow covered mountains at the Tejon Pass. The 5 remains open both north and south. @FOXLA pic.twitter.com/rIiu2EEoPr

If you’re driving on State Route 58 toward @CityofTehachapi, be prepared for wet, snowy conditions. Make sure you have a set of snow chains in your vehicle.
Pictures Courtesy: Dave Batchelder. pic.twitter.com/H7myPbCEao 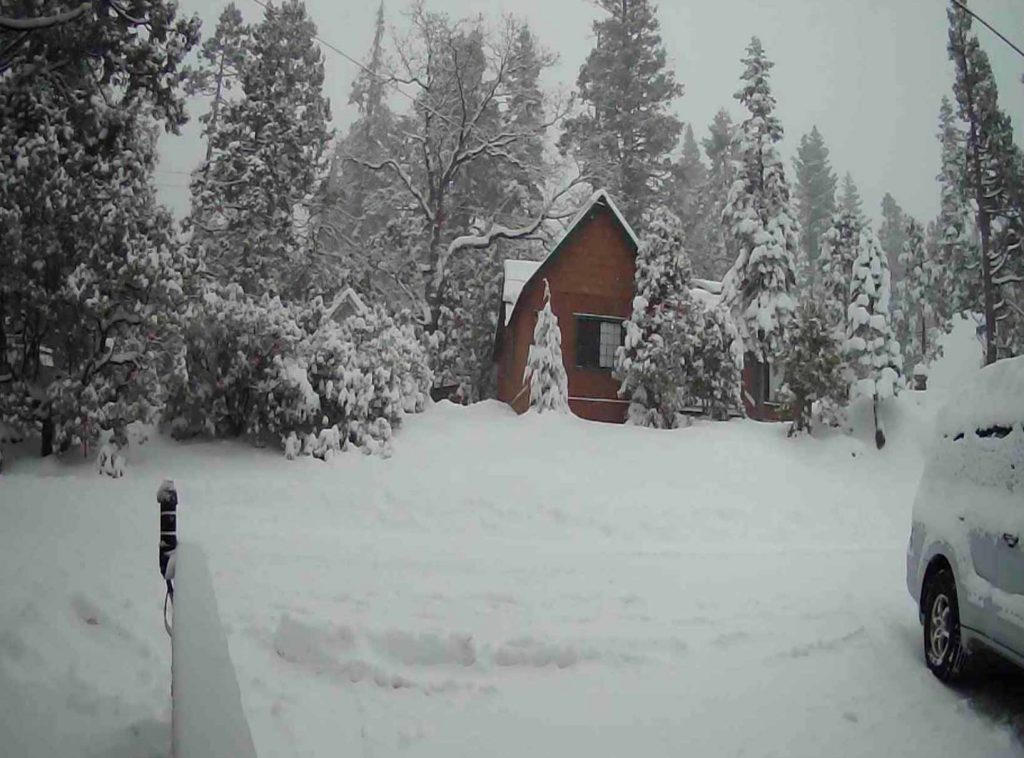 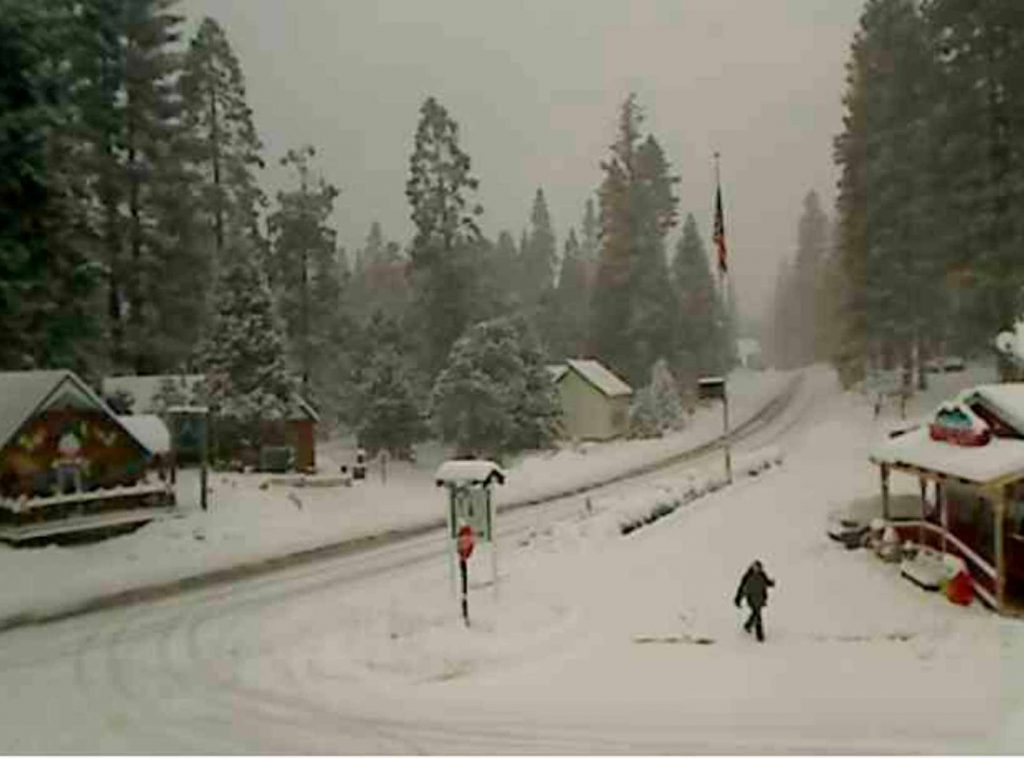 Yosemite officials said Wednesday morning that Tioga Road, which is the continuation of Highway 120 through the park, and Glacier Point Road are closed for the season due to snow.

They also said that chains may be required on other roads. For more specific information, call 209 372-0200 (then 1, 1) for road conditions.

In addition, Upper Pines Campground, Camp 4, and Hodgdon Meadow Campground, as well as the tent cabins at Curry Village, are closed at least through Thursday night.

Other Curry Village rooms and cabins, Yosemite Valley Lodge, The Ahwahnee, and Wawona Hotel are open.

Chain controls were in effect Wednesday on most Sierra passes. Commercial trucks were prohibited in the westbound lanes, but U.S. Interstate 80 was open to passenger vehicles with chains and four-while drive vehicles with snow tires all the way from Reno to Sacramento.

Up to another 10 inches of snow is possible at lake level at Tahoe with up to 18 inches at the highest elevations, the service said.