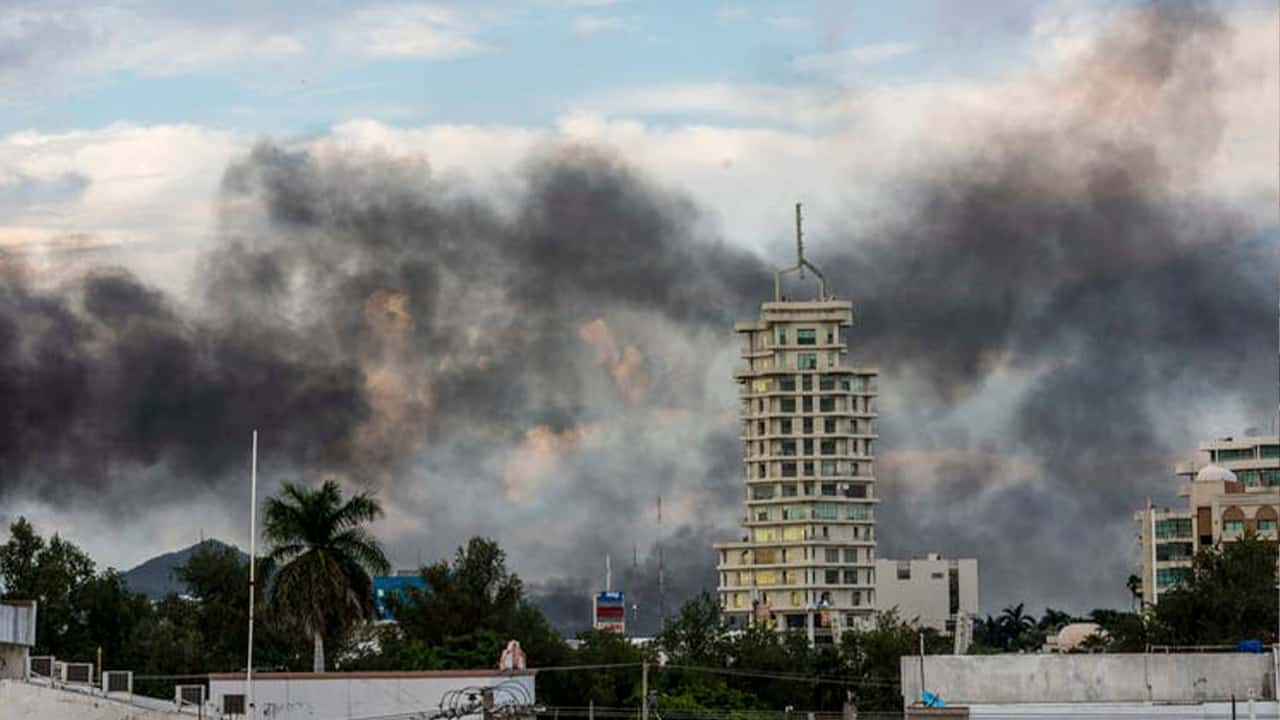 Recent deadly attacks by criminal organizations have instilled fear across Mexico.
In mid-October, shootouts between cartels and police in the states of Guerrero and Michoacán killed over 30 people. And a 12-hour criminal assault on Culiacán, Sinaloa, after Mexican security forces captured the son of drug kingpin Joaquín “El Chapo” Guzmán left 13 people dead, including at least three civilians. On Nov. 4 the massacre of nine Mexican-American Mormon women and children in northern Mexico shocked both sides of the border.
The attacks, some carefully planned and executed, have made the Mexican government appear weak on organized crime. By early November, the hashtag #MexicoNoTienePresidente – Mexico has no president – was trending on Twitter.

Security was a focus of Andrés Manuel López Obrador’s winning campaign for the presidency last year.
He proposed novel strategies to “pacify” Mexico, including giving amnesty to low-level drug traffickers who leave the business, and legalizing marijuana to turn a lucrative criminal market into a regulated, commercial one.
López Obrador also promised to punish police and soldiers for human rights violations committed when battling cartels.
But 18 months into his six-year term, López Obrador’s only concrete security policy was the creation in June 2019 of a controversial new military-style police force, the National Guard. So far, however, Mexico’s 70,000 National Guardsmen have mostly been tasked with stopping Central American migration.
One initiative that looked promising – an independent commission of forensic experts and prosecutors established to investigate the unsolved 2014 disappearance of 43 students in Ayotzinapa, Guerrero state – has had setbacks. In September, 24 police officers implicated in the students’ disappearances were freed from jail for insufficient evidence, compelling López Obrador’s government to file a judicial appeal.
Meanwhile, with 25,890 murders reported through September, 2019 looks to be another record-shatteringly violent year for Mexico. An attack on the LeBaron family killed three Mormon women and six of their children near the U.S.-Mexico border, Nov. 6, 2019. (AP/Christian Chavez)

My research on Mexico’s chronic criminal violence finds that sudden upticks in violence usually signal increased conflict between criminal cartels, like the current clashes between the Cartel Jalisco Nueva Generación and the Sinaloa Cartel. The incident was widely seen as an embarrassment for the Mexican government. López Obrador’s approval rating, while still high, has declined since the recent violence.
But in times of war, deescalation is sometimes the only way to prevent more bloodshed. There is no easy fix for entrenched criminal violence. Every decision, every policy, has trade-offs.

That doesn’t mean the cartels should be left alone.
The researchers Sandra Ley, Guillermo Trejo and Shannan Mattiace have studied how some indigenous communities in the dangerous southern state of Guerrero have managed to prevent criminal infiltration of the police and local judiciary. One strategy, they found, was quickly identifying and shaming officers and judges who collude with cartels.
Having trustworthy institutions has, in turn, enabled these communities to resist cartel pressures from within and react powerfully when cartels attack.
Because it draws on Mexican indigenous communities’ unique, long tradition of social mobilization, this strategy is not easily replicable.
But that, too, is a lesson: All violence is local. The many illegal markets that fuel the criminal business in Mexico – from drugs and oil theft to extortion and avocado distribution – may be national and international, but the cartels’ specific crime dynamics are not.
The way crime groups establish territorial control, gain power and carry out attacks varies from place to place. So do the criminals’ political relationships and the ways different communities respond to violence.

Take Ciudad Juárez, for example – just across the border from El Paso, Texas.
In 2010, Juárez was the most violent city in the world. By 2012, violence had dropped by 60%.

All Crime Is Local

The Juárez and Guerrero examples suggest that Mexico may have to tackle crime not only federally, with its new National Guard, but also city by city.
That may mean federal financing and training of elite, reliable local civilian police forces, learning from indigenous towns in Guerrero. It could mean funding social programs like Juárez’s, to get at the root causes of violence.
It will certainly require partnering with local political and civilian allies who understand how criminal gangs exert their power.
City-specific security strategies won’t show immediate results. But they can help restore the Mexican government’s legitimacy and control in a country besieged by cartels.
About the Author
Angélica Durán-Martínez, Associate Professor of Political Science, University of Massachusetts Lowell
This article is republished from The Conversation under a Creative Commons license. Read the original article.

Can We Survive the New Sequel to ‘Frozen’?