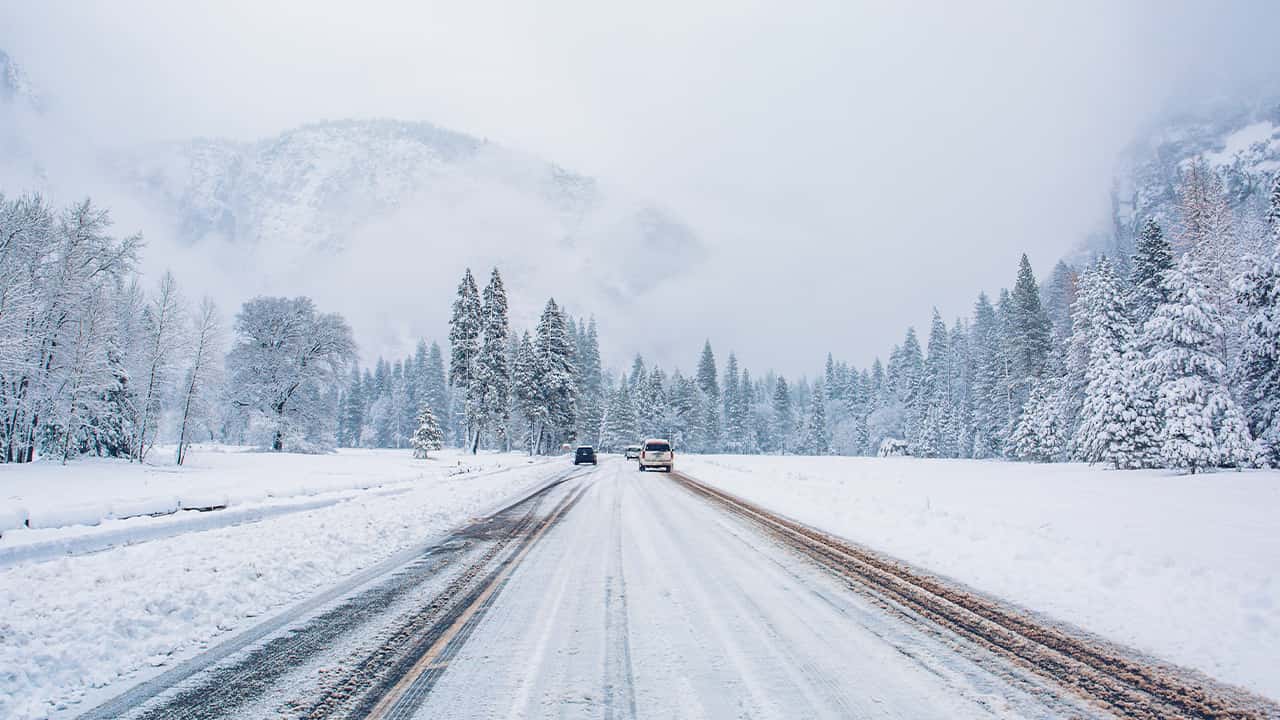 Winter finally is coming to the Valley ahead of the Thanksgiving holiday, bringing high winds, rain, and snow.
If you’re headed to the Sierra, take chains. Are You Headed to Southern California?

The Los Angeles Times reports that snow levels are expected to plummet from 4,000 feet on Wednesday to about 2,500 feet by Thursday. So expect a significant dusting of snow — and traffic delays — on Interstate 5 over the Grapevine.
Should the Grapevine be shut down, the California Highway Patrol recommends these two alternative routes:

HEAVY DUTY: @CaltransDist7 has a Snowcat Trail Groomer ready at #Lebec Maintenance Yard near I-5 #Grapevine due to forecast of a winter storm with a strong chance of snow on the freeway Wed. and Thurs. Motorists should monitor https://t.co/cxZ0jVPIRf and consider taking U.S. 101. pic.twitter.com/BcCC71OjpZ

Dangerous winds in the Sierra toppled a semi-trailer truck, downed power lines, and closed a stretch of highway in Southern California on Monday ahead of the winter storm.
U.S. Highway 6 was closed due to downed power lines south of Yosemite National Park near Bishop. There were no immediate reports of serious injuries after a tractor-trailer flipped on U.S. Highway 395 near Pearsonville. The road was later reopened.
A wind gust of 94 mph was reported Monday morning at Mammoth Lakes Airport.
The NWS issued a winter storm warning for the Lake Tahoe area from 4 p.m. Tuesday to 4 p.m. Thursday. Eight to 18 inches of snow were possible at lake level with winds gusting as high as 60 mph.

Palestinians Protest US Settlement Decision in ‘Day of Rage’