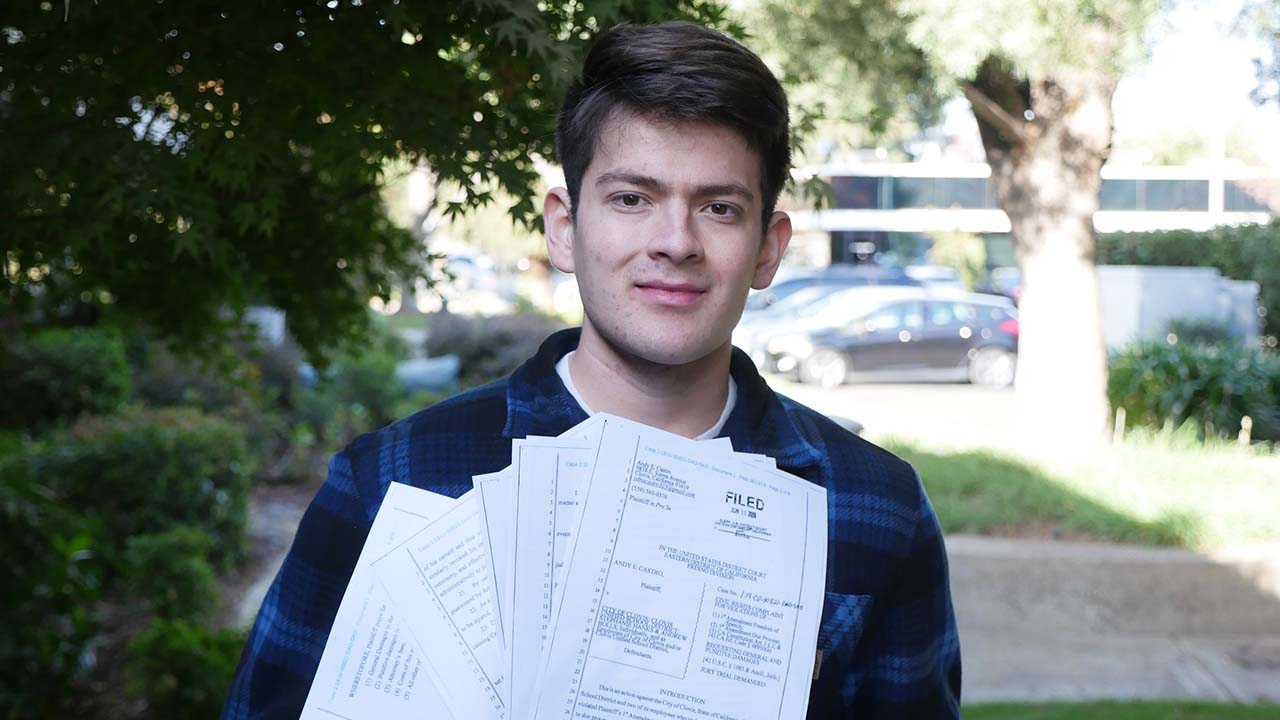 Andy Castro felt it was unfair that Clovis High School stopped him from participating in graduation ceremonies.
Just hours before the pomp and circumstance on May 30, 2019 , the school’s principal summoned the 18-year old Castro to her office and informed him that because of an offensive tweet, Castro wouldn’t be allowed to attend.

Listen to this article:
Two weeks later, and without the help of an attorney, Castro filed a federal lawsuit against Clovis Unified, the principal and others. While a recent ruling dismissed many aspects of the case, one key component will continue — whether the school violated Castro’s constitutional free speech rights.
At least one legal scholar says Castro has a case.

In an interview Thursday, Castro explained why he sued the district.
“It was the situation and how things played out and how quickly and forcefully they acted,” Castro said.
The self-described 3.67 GPA student still graduated but wasn’t allowed to walk.  He is now studying engineering at Clovis Community College and hopes to transfer to a four-year school.
Castro, and his father, Aladio — also an engineer — worked together on the suit. Neither has a legal background.
Father and son researched the law online, sometimes at home and sometimes at Starbucks. His father helped pay for the costs of the suit. Castro wasn’t sure about the total spent thus far.
Despite this legal endeavor, Castro doesn’t desire to practice law.
“It’s pretty stressful, considering what’s at stake, and the implications of it,” Castro said. 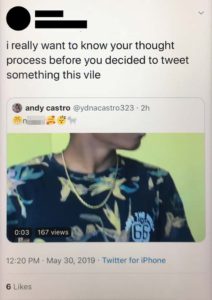 A copy of the Tweet that led to Andy Castro’s lawsuit against Clovis Unified. (Special to GV Wire)

Earlier on the day of the scheduled ceremony, Castro posted a message on Twitter “excited about his graduation.” The message, dated May 30, 2019, at 12:20 p.m., shows a three-second video of his black friend.
Castro’s tweet included the N-word. He said he had consent from his friend to use the word. In his legal filing, Castro said he used the offending word “as he would ‘bro’ or any other teenage-used and common word used as a sign of sincere friendship and thus acceptable intercultural communication.”
Femi Ogunjemiyo, the friend at the other end of the tweet, took no offense.
“We were joking in a friendly matter. I think Andy losing his privileges to graduate … is dumb. It would have been different if I took offense to it. But, I didn’t really care because it was joking,” said Ogunjemiyo, who is a student at Fresno City College.

A fellow student noticed the tweet and reported it to the principal.
“It makes you feel like people will never learn. Using such a historical and vile word merely as a joke with friends still gives the word power,” the student told GV Wire on the condition of anonymity.
“As a black person, it makes you angered and hopeless, especially in the political climate we are now and were in 50 years ago. You begin to see the ignorance your parents and movies told you about, but you never prepared yourself for how much it will sting.”
The graduation ceremony was later that day. Not being allowed to participate, Castro said, “left our family devastated and myself, too. It was something I’ve been looking forward to for four years. I felt sad being deprived of that.”
Kelly Avants, the spokeswoman for Clovis Unified, said Castro’s actions violated district policy —specifically section 2012, which deals with student discipline.
“Graduation ceremonies are not a right for students, and leading into the events we have extensive conversations with our seniors about the kinds of behavior that could result in the loss of these privileges,” Avants said. “Each student signs a contract that confirms their understanding of these expectations.”
Regarding the lawsuit, Avants said, “We respect and value the role of the courts when questions such as this are raised against the district, and are eager to learn the court’s ruling in this case.”


Related Story: Think Before You Post. It Can Change Your Life Forever.

Two weeks later, Castro sued the district in federal court in Fresno. Castro also sued the city of Clovis, Clovis High principal Stephanie Hanks, and its then-learning director Andrew Bolls.
Castro alleged violations of his free speech and due process rights in his four-count complaint. He also sought $10 million in damages ($5 million each for punitive and general).
The defendants answered with motions to dismiss, arguing generally that Castro failed to state how he was actually hurt by the school district’s actions.
Avants said that insurance is covering the district’s legal defense.

Judge Dale Drozd heard the motion to dismiss in October and issued a ruling Nov. 15, striking parts of the case on technical grounds.
First, the judge granted the city’s request for dismissal, mainly because it had nothing to do with the case. The judge did not accept Castro’s argument that the district received some money from the city, thus it was a defendant. Castro also asked to include California as a defendant. Drozd said he could file an amended complaint but discouraged him from adding the state to the case.
Second, the judge dismissed some of the counts against Clovis Unified, Hanks and Bolls, because they were not filed correctly. However, the judge allowed Castro to refile. Perhaps most importantly, the judge sided with Castro and allowed the First Amendment violation claim to move ahead.


“We respect and value the role of the courts when questions such as this are raised against the district, and are eager to learn the court’s ruling in this case.” — Clovis Unified spokeswoman Kelly Avants
Third, the judge dismissed Castro’s due process claim because he incorrectly cited the Fifth Amendment instead of the 14th. The Fifth only applies to the federal government; the 14th applies to state and local as Drozd pointed out in a footnote.
Fourth, the judge dismissed Castro’s request for punitive damages.
Drozd noted that he gave Castro leeway because he is filing pro se, a legal term for on his own. The judge cautioned him to “carefully follow the court’s instructions.” Drozd also suggested to Castro that he hire an attorney if he continued with the lawsuit.
Castro has until Dec. 15 to file an amended complaint. He said he is considering his options.

In Defense of Free Speech

For Castro, the suit’s main goal was to defend his free speech rights.
“I should have the right to say what I want to say,” Castro said. “I have the freedom and the right to publish what I want. When the school said I couldn’t, it violates that.”

Is the N-word Protected Speech? 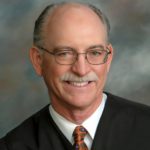 Clovis Unified’s Points and Authorities in Motion to Dismiss

Police Chief: I Will Not Rest Until Mass Shooter Suspects Caught