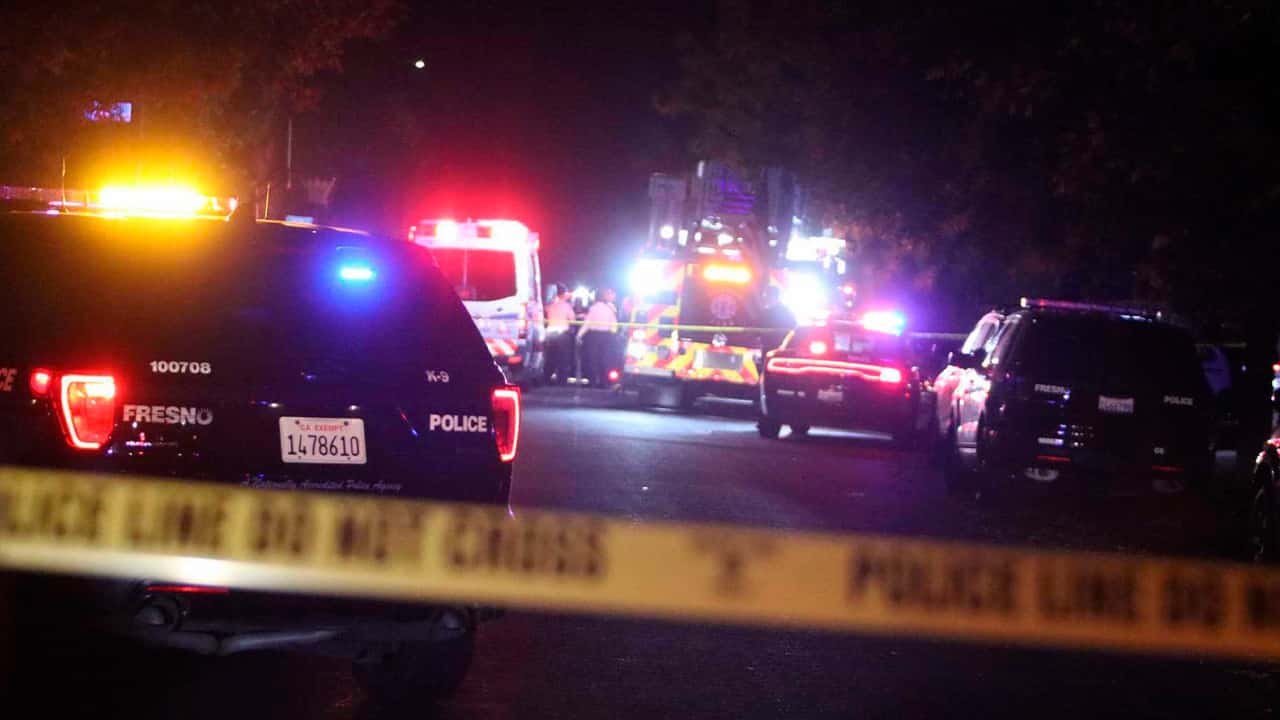 Fresno police are searching today for suspects and trying to determine a motive for the killing of four people at a backyard party and the wounding of six as dozens were watching football on TV.
Fresno Police Lt. Bill Dooley said “unknown suspects” sneaked into the backyard at about 6 p.m. Sunday and fired into the crowd in southeast Fresno. 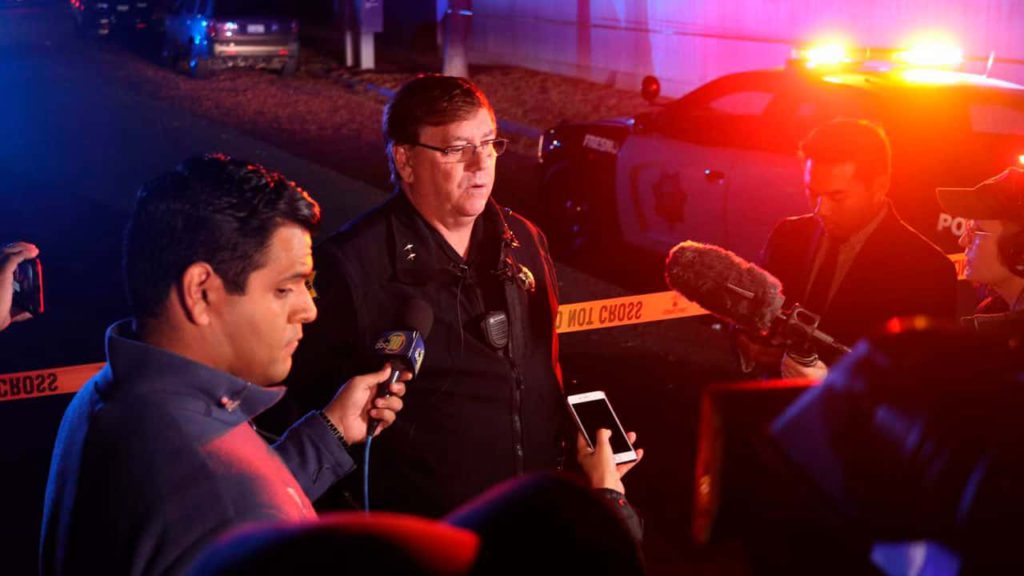 Police Deputy Chief Michael Reed speaks to reporters at the scene of a shooting at a backyard party Sunday, Nov. 17, 2019. Multiple people were shot and at least four of them were killed Sunday at a party in Fresno when suspects sneaked into the backyard and fired into the crowd, police said. (Larry Valenzuela/The Fresno Bee via AP)

Federal Agents on the Scene

No one had been taken into custody and authorities said there was no immediate indication that the victims knew the shooter or shooters. Police were going door-to-door in search of surveillance video that might help them track down the suspects.


“We’re thinking about moving out of the neighborhood. We don’t know how many more shootings there will be.” — Choua Vang
Agents from the U.S. Bureau of Alcohol, Tobacco, Firearms and Explosives field office in San Francisco responded to the shooting, The Bee reported.
Other shootings have happened recently in the same neighborhood, leaving neighbors frightened, they said.
The house where the mass shooting occurred is on Lamona Avenue near Ceasar Avenue.

Choua Vang told The Bee that his neighbor’s house was shot at last week and that he feels unsafe outside after dark.
“We’re thinking about moving out of the neighborhood,” he said. “We don’t know how many more shootings there will be.”
It was at least the second fatal gun attack Sunday in southeastern Fresno. A man in his 20s was shot to death early Sunday at a home in another part of the city. Police have not said whether the incidents could be connected.

Sunday’s Fresno shootings came after two other mass shootings in California.
Last Thursday, a 16-year-old student at a Southern California high school in the city of Santa Clarita outside Los Angeles shot and killed two classmates and wounded three other teens before shooting himself in the head. He died the next day.
And on Saturday, police in San Diego said a husband shot and killed his wife and three of their sons before killing himself. A fourth son wounded in the shooting was on life support on Sunday, family members said.
A mass killing is defined by the Justice Department as three or more killings in a single episode. There is no legal definition for the term “mass shooting,” despite its frequent use by gun control groups and the news media.
Other groups define a mass shooting as one where four or more people are shot or killed, not including the shooter. 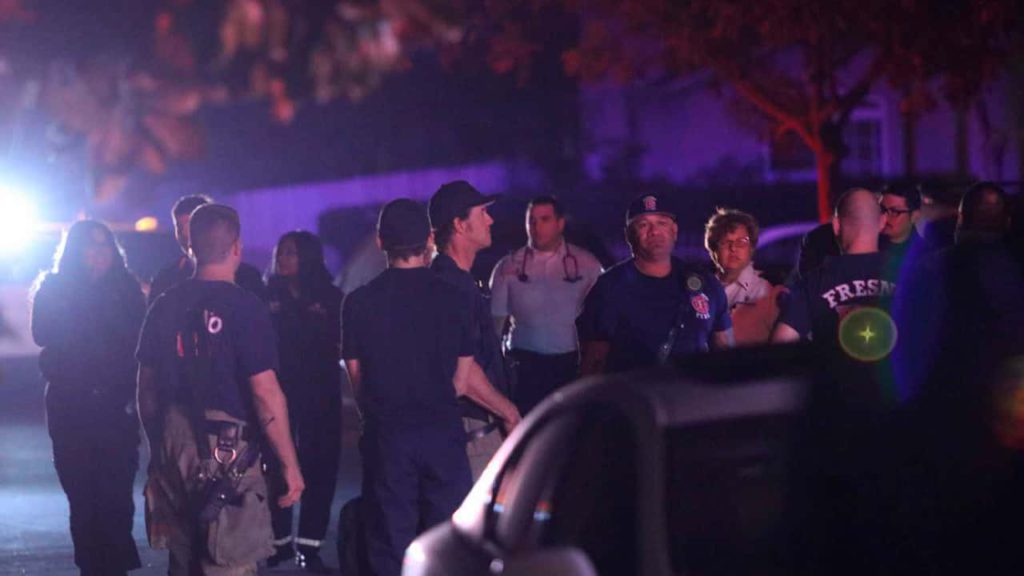 Police and emergency personnel on the scene of a shooting at a backyard party, Sunday, Nov. 17, 2019, in southeast Fresno. (Larry Valenzuela//The Fresno Bee via AP)

Utility’s Boss to Testify About Power Shutoffs in California