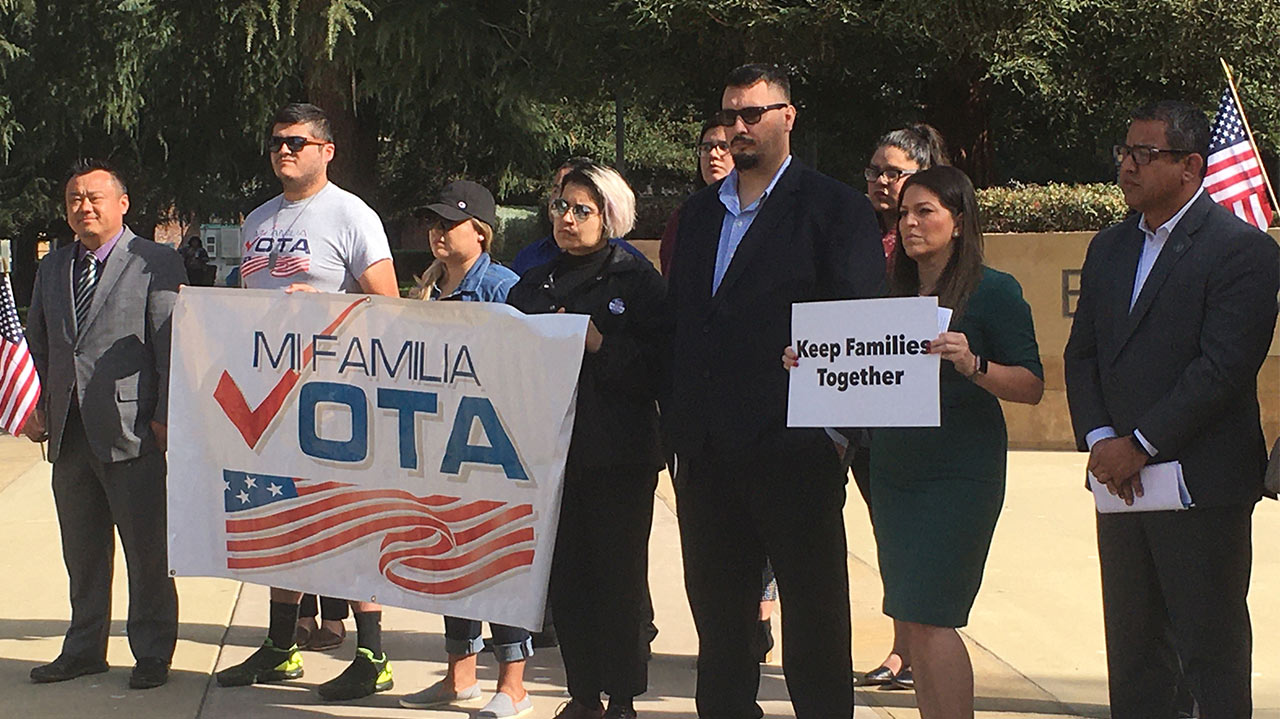 Hours after the U.S. Supreme Court heard a case on the legality of rescinding the Deferred Action for Childhood Arrivals program, about 40 DACA supporters held a rally at the federal courthouse in downtown Fresno.
DACA gives legal work status — and temporary protection from deportation — for those brought into the United States illegally as children. An estimated 700,000 benefit from DACA. The program was enacted as an executive order by President Barack Obama in 2012 and reversed by Donald Trump five years later.

Listen to this article:
The future of the program now rests with the nine justices of the highest court in the land. A combination of activists and elected leaders hope they rule in DACA’s favor.

Recipient Wants to Be an American 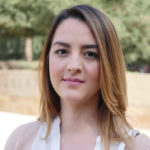 America Hernandez has become the local face of DACA. The 36-year old Fresno woman came to the United States from Mexico when she was three months old. She is a DACA recipient and works as a social services coordinator for an immigrant rights group.
Even if the court rules against DACA, Hernandez says she’s staying.
“It means I continue to fight,” Hernandez said. “I’ve been completely without DACA before. It is difficult, but it’s something that I’ve done, and I will figure it out.”
While DACA does not change her citizenship status, she wants to be an American.
“I would love to not have any fear. I would love to be able to contribute in more significant ways to this country, where I know that it is a permanent thing. Maybe go up and be a representative one day,” Hernandez said.

Issue is ‘Personal’ for Soria 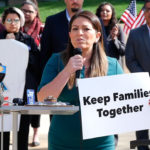 Fresno councilwoman and congressional candidate Esmeralda Soria led cheers among the crowd to support immigrants. She called the issue personal, noting her sister-in-law and some of her staff are DACA recipients.
“I have seen it intimately how this issue, and how the uncertainty has impacted the lives of people that continue to be in limbo,” Soria said.
She wants Congress, the body she hopes to win an election to join, to pass comprehensive immigration reform.
She supported Obama’s executive order, as a response to what she describes as a broken Congress.
“He used his power through the executive order to create a program that would protect thousands of Dreamers that live, that are working in our society,” she said.
As to her thoughts whether a president could take DACA away via executive order, Soria says she’ll wait to see how the court rules on that argument.

The state of California led the way on many lawsuits against the Trump Administration in order to defend DACA.
“Today, we stood up for American values, the rule of law, and America’s Dreamers,” said California Attorney General Xavier Becerra, who attended the proceedings at the Supreme Court in Washington.


“You learn from a very early age that there is a right way and there is a wrong way to do things. The federal government tried to terminate DACA the wrong way. Today, we stand here very proud of the arguments that were made on behalf of the 700,000 DACA recipients. We’re here to stand up for the right way to do things. Together, we’re here to say DACA is legal and an American success story,” Becerra said.
In September, the Fresno City Council voted 5 – 1 to join an amicus brief in support of DACA.