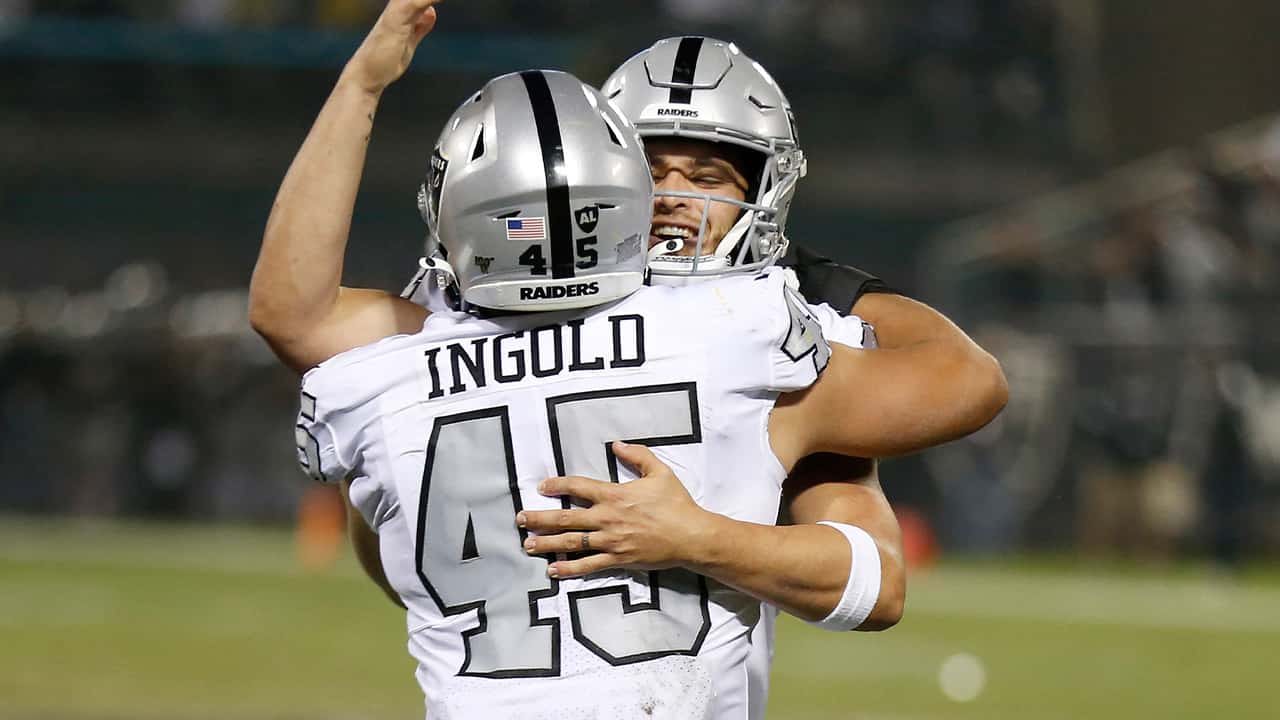 Daniel Carlson missed the extra point, putting more pressure on the tired Raiders defense to stop Rivers. Trayvon Mullen was called for holding on a fourth-down pass to extend the drive, but Joseph then intercepted a fourth-down pass from Rivers to seal it.
“That says a lot about our team,” coach Jon Gruden said. “We have a lot of resilient guys. We compete. You may beat us. But we’ll be a hard out to get. We’ll battle.”
Rivers threw interceptions on his first two drives, falling into a 10-0 hole when Erik Harris took the second back 56 yards for a TD . But Rivers responded by throwing two TD passes, including the go-ahead score to Ekeler in his final start at the Coliseum. But he fell short at the end.

“You give a team 10 points at their place and then you have the ball with a chance to win at the end and you have eight snaps and go nowhere, it’s going to be tough to win,” Rivers said.
The Raiders blew a chance to open up the game in the third quarter, settling for a field goal after driving to the 4 on the opening drive and then missing a 53-yard field goal in the next drive after DeAndre Washington got stuffed for no gain on third-and-1.
The Chargers settled for a field goal after getting inside the 10 later in the quarter.
Melvin Gordon had 22 carries for 108 yards and a TD that put the Chargers up 14-10 in the second quarter.
The Raiders responded with their first sustained drive of the game and took a 17-14 lead at the half on Carr’s 9-yard pass to rookie fullback Alec Ingold with 20 seconds remaining in the second quarter. Harris intercepted Rivers’ passes on the first two drives of the game. He returned the first one 59 yards to the 31, setting up a field goal by Daniel Carlson. Harris then took the second one back 56 yards for a TD, giving the Raiders a 10-0 lead. Harris became the first Raiders player since Phillip Buchanon in 2003 to have two interceptions, including a pick-6 in a single game.

Raiders rookie pass rushers Clelin Ferrell and Maxx Crosby had big performances. Ferrell had 2 ½ sacks after recording none since the season opener for the most by a Raiders rookie in 28 years and also had five pressures, according to NextGen stats.
“That was a signature game for him,” Gruden said. “That was great for him to get some sacks and maybe some of the people who are counting sacks out there will acknowledge those.”
Crosby had 10 pressures, including two on interceptions, and also added a half-sack.

Chargers: LT Russell Okung left in the first quarter with a groin injury and didn’t return. … DE Melvin Ingram went down with a shoulder injury in the closing seconds of the second quarter but returned for the second half.
Raiders: Joseph hurt his right knee on the interception and was on crutches after the game. … DB Lamarcus Joyner also got hurt on the final drive.