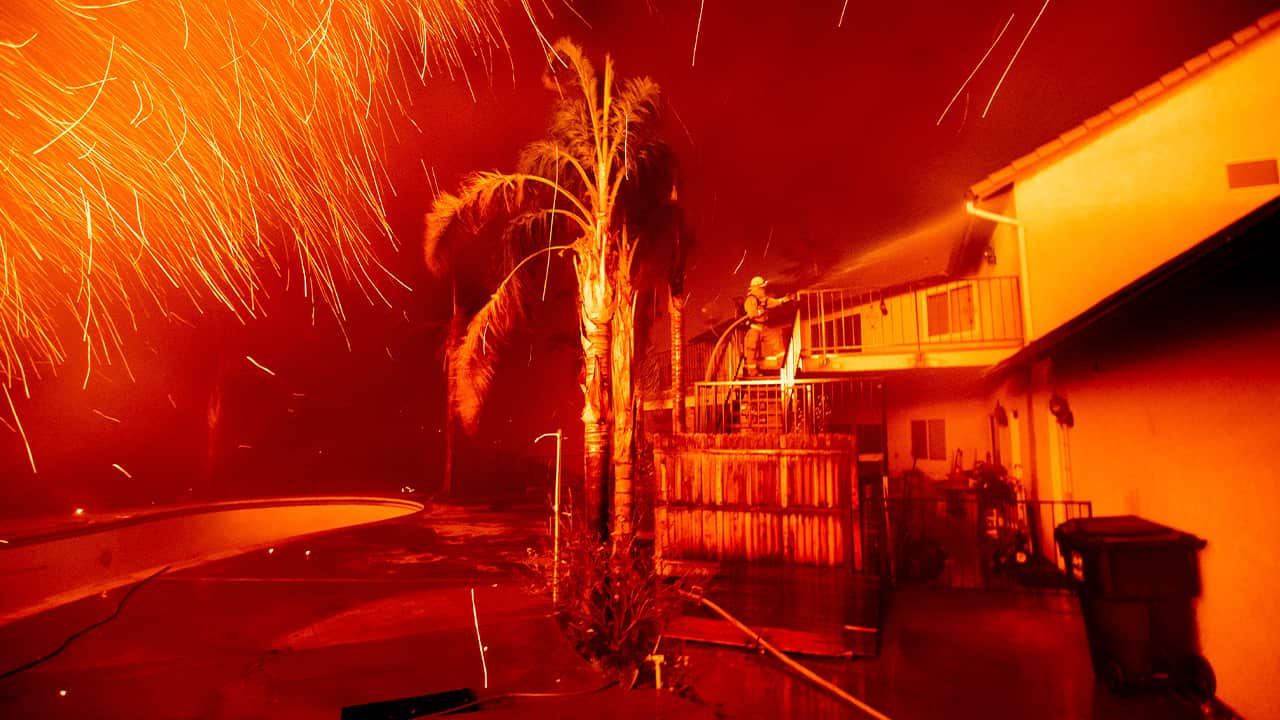 By Marcio Sanchez
Associated Press
SANTA PAULA — It’s ironic, but momentarily forgetting some of my safety gear ended up saving my life.

Firefighters Seem to Be Getting Better at Fighting the Blazes

Unlike many states that limit access, in many situations California law allows journalists to get as close as they want to the flames. This allows us to capture stunning images of the ferocious burning that in seconds can incinerate houses and kill people, but that access comes with risks.
I always tell my wife about the dangers, but I don’t talk about them with my sons, ages 17 and 15. I don’t want them to worry, and I do take many precautions. I’ve had wildfire training, I have high-quality protective gear and I carry only two cameras, part of staying light on my feet to move as conditions change.
When friends ask what it’s like to cover wildfires, the first thing I say is that there is nothing glamorous. It’s smoky, it’s hellishly hot and it’s dangerous. I can’t even say that I “like” covering them. Instead, like others on the AP’s photo team, I see doing this as a duty to show the world what is happening.
I’m no expert on climate change, but with each passing year I’m more convinced that climatic shifts are driving the fires to new levels. They are more frequent, more intense and more unpredictable.
If there is anything to be optimistic about, it’s that firefighters seem to be getting better at fighting the blazes. They also conduct themselves with a clear sense of mission. At the fire where I was nearly crushed by torched branches, at one point I watched four firefighters boldly take on a giant wave of flames.
I don’t know if this year’s fire season will be more or less severe than previous years; If the last few weeks are any indication, we may be in for a rough couple of months. Whatever happens, my teammates and I will be ready.
Follow Marcio Sanchez: www.twitter.com/MarcioSanchez06

Trump: Whistleblower 'Must Be Brought Forward to Testify'