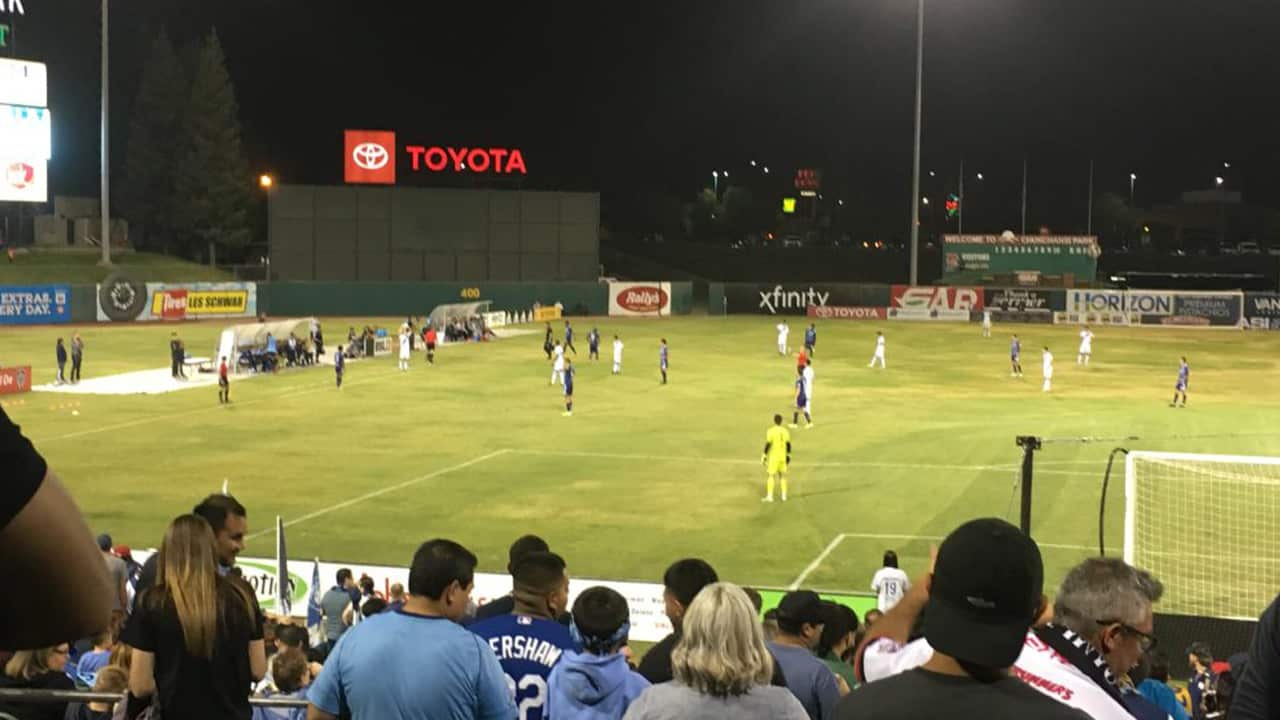 Fresno’s professional soccer club announced it is folding after failing to secure a stadium.
Fresno FC, nicknamed the Foxes (and alternately Los Zoros), finished its second season in the United Soccer League — American pro soccer’s top minor league. According to league rules, teams need to play in a soccer-specific stadium by year three. Fresno FC leased Chukchansi Park from the Fresno Grizzlies, a top-level minor league baseball team.
Team owner Ray Beshoff acknowledged the passionate fan base of Fresno but said he could not work out a deal for the team to play in its own facility.
“However, while the market for a club may exist, the political realities of securing a soccer stadium for our club, coupled with the economic realities that make our current situation untenable is why I now feel obligated and saddened to give you an explanation for why our investor group will almost certainly be relocating the team,” Beshoff said in a statement.
The team later clarified that it is folding.
According to Soccer Stadium Digest, Fresno FC averaged 4,117 fans a game, 19th in the 36-team league. Attendance is down 15% from last year. 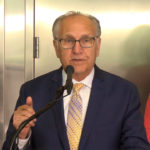 “While I’m disappointed we couldn’t find a suitable stadium site, I understand their situation and respect their decision.” — Fresno Mayor Lee Brand
The team had been working with the city to find another location, but for one reason or another, alternate sites never panned out.
The team said playing in some form of a facility on the parking lot near Selland Arena would require buying additional land. A parking lot across the street from Chukchansi Park wasn’t big enough, and would require the reconfiguration of adjacent H Street — a move that the team said the city didn’t want to make.
“We need a stadium, and time after time, our efforts to secure a soccer-specific home within the confines of Fresno have run into a brick wall. While I’d like to personally apologize to our fans for these failures, I also firmly believe that in hindsight there is little more we could have done as an organization,” Beshoff said.
Beshoff added that the expenses of converting Chukchansi Park from baseball to soccer and back, along with not having their own revenue streams from concessions and parking “was always going to make things difficult for us economically.”
Mayor Lee Brand wished the team well.
“I’ve worked with the Fresno Football Club owners and management ever since they first announced the team in 2017, and while I’m disappointed we couldn’t find a suitable stadium site, I understand their situation and respect their decision,” Brand said. “They have a responsibility to their investors and I have a responsibility to our taxpayers. I appreciate what the team brought to Fresno and I applaud the fans who brought passion and a true love of the sport to every match.  We wish the Foxes all the best.”

Of the USL’s 36 teams, nine (including Fresno) play in minor-league baseball stadiums. The others either have a soccer-specific stadium, or play in a stadium shared with a football team — either college, high school, or in the case of Indy Eleven, the same stadium as the NFL’s Indianapolis Colts.
“We are disappointed in Fresno FC’s inability to secure a long-term stadium solution in Fresno,” said USL President Jake Edwards. “We know the club’s supporters are disappointed, too. However, it is an unarguable fact that without a stadium to call their own, the club cannot operate in a sustainable way and must look at other options.
“Across the country, more and more communities are looking to attract USL Championship clubs and help in the creation of soccer-specific stadium projects. As a league, we support the club’s decision to explore those options, while also remaining firm believers in the future of professional soccer in Fresno.”
A Fresno FC spokesman said the specific-stadium rules aren’t absolute. For example, because the Reno franchise is also owned by the baseball team, the rule does not apply. In Las Vegas, the team is playing at Cashman Park, a former minor league baseball stadium until this season when the Las Vegas Aviators (formerly the 51s) moved into a new facility.
Other teams playing in baseball stadiums — Tacoma, Nashville, and Louisville — have new stadiums coming.