Fresno County’s transportation sales tax will be on the ballot in November 2022 — more than four years before it expires.

Tony Boren, executive director of the Fresno Council of Governments, says there are several reasons to seek early approval of Measure C.

One, early renewal is more cost-effective. 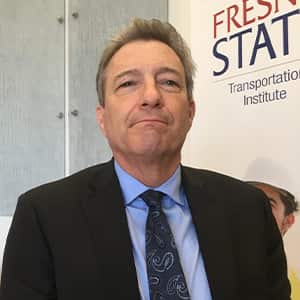 “The reality is, the sooner you can deliver these projects, the cheaper they can be.” — Tony Boren, executive director, Fresno Council of Governments

“There is a real business case for why you want to identify your funding beyond the termination date,” Boren told GV Wire on Wednesday during a regional transportation summit in Fresno. “The reality is, the sooner you can deliver these projects, the cheaper they can be.”

Two, ensuring a future funding stream eases working with Caltrans for things like right-of-way and planning.

And, three, if the renewal fails, proponents can try again before the half-cent tax expires in mid-2027.

“If we fail this time, we go again in 2024. Heaven forbid we fail then, we can have one more try. We are optimistic we can get it passed,” Boren said.

Voters approved the current 20-year renewal in 2006 with 78% of the vote. This came after voters turned down the renewal in 2002. Passage requires two-thirds approval.

Measure C ‘Results Speak for Themselves’

Measure C is expected to raise $86 million this year for road projects and programs.

Recent highlights in the program’s 33-year history include the extension of Highway 180, the widening of Willow Avenue between Shepherd and Copper avenues, and flood control improvements provided by the construction of a bridge overpass on Highway 269 near Huron.

But Measure C is more than a highway and road tax. It also funds mass transit, pedestrian trails, bike lanes, school bus replacements, and programs such as Senior Scrip, which provides transportation for seniors.

The current tax is projected to generate $1.7 billion for transportation improvements throughout the county before it expires.

“The results speak for themselves,” says Mike Leonardo, executive director of the Fresno County Transportation Authority, which oversees Measure C.

“(Our roads are ) not perfect. There are congestion problems, pavement problems,” Leonardo said. “Compare us to other counties who don’t have a measure, we have a very robust transportation system.”

Length of Renewal to be Determined

Boren said the Measure C renewal will remain a half-cent, but its length could be either 20 or 30 years. He said a steering committee will form and meet with stakeholders to identify what transportation systems may look like for the next few decades.

The Fresno County Board of Supervisors will be the agency that technically puts the measure on the ballot — a decision that could come as late as August 2022.

The timing of the Measure C renewal has played into the thinking of other jurisdictions seeking additional sales-tax revenue. Last week, Mayor Lee Brand told GV Wire he would like to see a sales tax for parks, public safety, and public works go in November 2020 for that reason.

“We are all conscious and try and not step on each other’s toes,” Boren said.

Boren identified one project he hopes would be funded if “Measure C III” passes.

“I think Shaw and 99 would be a very logical, regional project,” Boren said. “That is a major intersection that needs a lot of work. There’s a lot of growth in that area.”