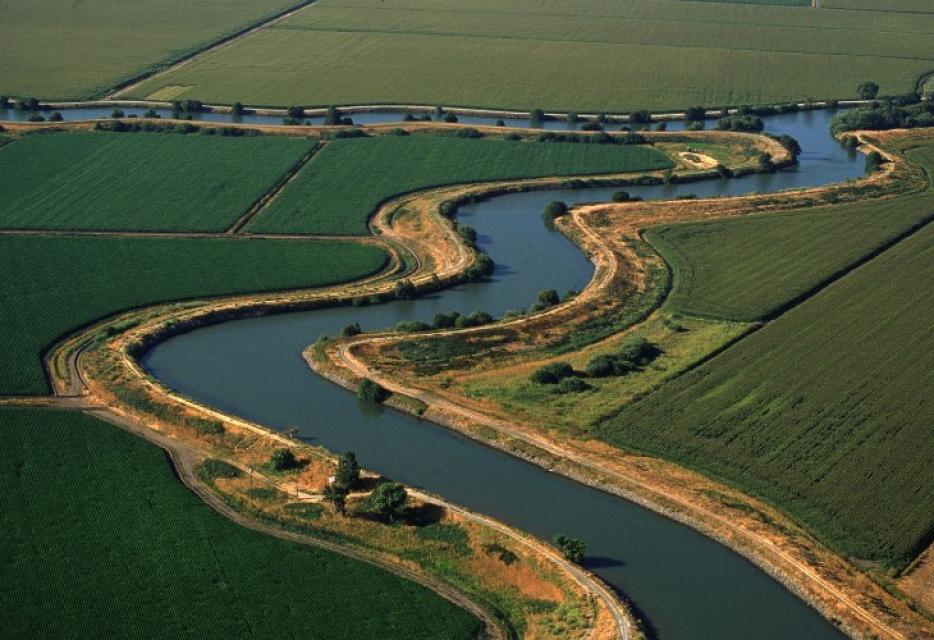 An analysis by the U.S. Fish and Wildlife Service and the National Marine Fisheries Service says the plan “will not jeopardize threatened or endangered species.”

But the proposal is ringing alarms from environmental groups that say it would have a negative impact on endangered species such as salmon and delta smelt.

An analysis by the U.S. Fish and Wildlife Service and the National Marine Fisheries Service, however, says the plan “will not jeopardize threatened or endangered species.”
The plan includes spending $1.5 billion to support endangered fish such as the delta smelt. The government would also monitor rivers for endangered fish, with commitments to reduce pumping when they are present.
Basically, the plan would give water agencies more flexibility on how much water they can pump out of the state’s rivers. When it’s raining a lot, agencies can pump more. When it’s dry, they would pump less.

Doug Obegi at the Natural Resources Defense Council says the monitoring programs won’t work because endangered fish species populations are too small. He predicted that environmentalists will challenge the Trump administration plan in court.
“I think this biological opinion is the end result of the Trump administration’s junk science and political interference,” said Obegi, senior attorney for the NRDC.
John McManus, president of the Golden State Salmon Association, told The Sacramento Bee: “It looks like this administration is trying to shut us down again — permanently.”

Where Does Newsom Stand?

It’s unclear how Democratic Gov. Gavin Newsom’s administration will respond to the new rules. His office didn’t provide comment on Tuesday.
The Democratic-controlled Legislature passed a law earlier this year seeking to block a lot of these changes. But Newsom vetoed Senate Bill 1 last month after intense lobbying from water agencies.

Five California lawmakers — all Democrats — released a joint statement Tuesday saying that the previous monitoring programs, or biological opinions, relied on old science. However, they stopped short of backing the Trump proposal, saying it needed to be scientifically vetted by the state.


“It looks like this administration is trying to shut us down again — permanently.” — John McManus, president of the Golden State Salmon Association
Said Sen. Dianne Feinstein and Reps. John Garamendi, Josh Harder, Jim Costa, and TJ Cox:
“The Endangered Species Act requires periodic reviews to determine the best available science. The federal government’s science for Chinook salmon and Delta smelt was more than a decade old and needed to be updated, especially given climate change.
“We are examining the new biological opinions to ensure they incorporate the adaptive management and real-time monitoring needed to properly manage the Central Valley Project for the benefit of all Californians. The new biological opinions must also provide the scientific basis needed to finalize the voluntary settlement agreements between the State Water Resources Control Board and water users.
“We look forward to the state of California’s thoughtful analysis of the biological opinions. In Congress, we continue working to secure federal investment in the Central Valley Project to meet California’s future water needs and support habitat restoration efforts called for in the updated biological opinions.” “Today’s action builds on President Trump’s campaign commitment to help solve the state’s water supply shortages,” said Dan Keppen, executive director of the Family Farm Alliance, a group that has advocated for greater irrigation supplies for agriculture.
The fish protections are among the regulations governing the Central Valley Project and the State Water Project, which utilize pumping plants in the Sacramento-San Joaquin River Delta. Water flowing through the delta supplies more than half of California’s residents with drinking water while also delivering water to farmers.

Paul Souza, the regional U.S. Fish and Wildlife Service official who is coordinating the salmon and delta smelt reviews, told The Los Angeles Times that concerns about the proposal raised by critics have been addressed.
Souza said delta pumping restrictions now will rely on real-time monitoring of where smelt and migrating salmon are swimming in the delta, rather than the seasonal prescriptions now utilized.
In addition, Souza said, the Bureau of Reclamation will invest in a conservation hatchery for delta smelt, better monitor delta conditions, and will increase the water levels at Lake Shasta in the spring to maintain salmon-friendly temperatures for releases into the Sacramento River.
Said Ernest Conant, regional director of the Bureau: “We have a plan that is much better for fish, farms, and communities. … Coldwater storage is increased as a result of this new strategy,”
(Associated Press contributed to this report.)