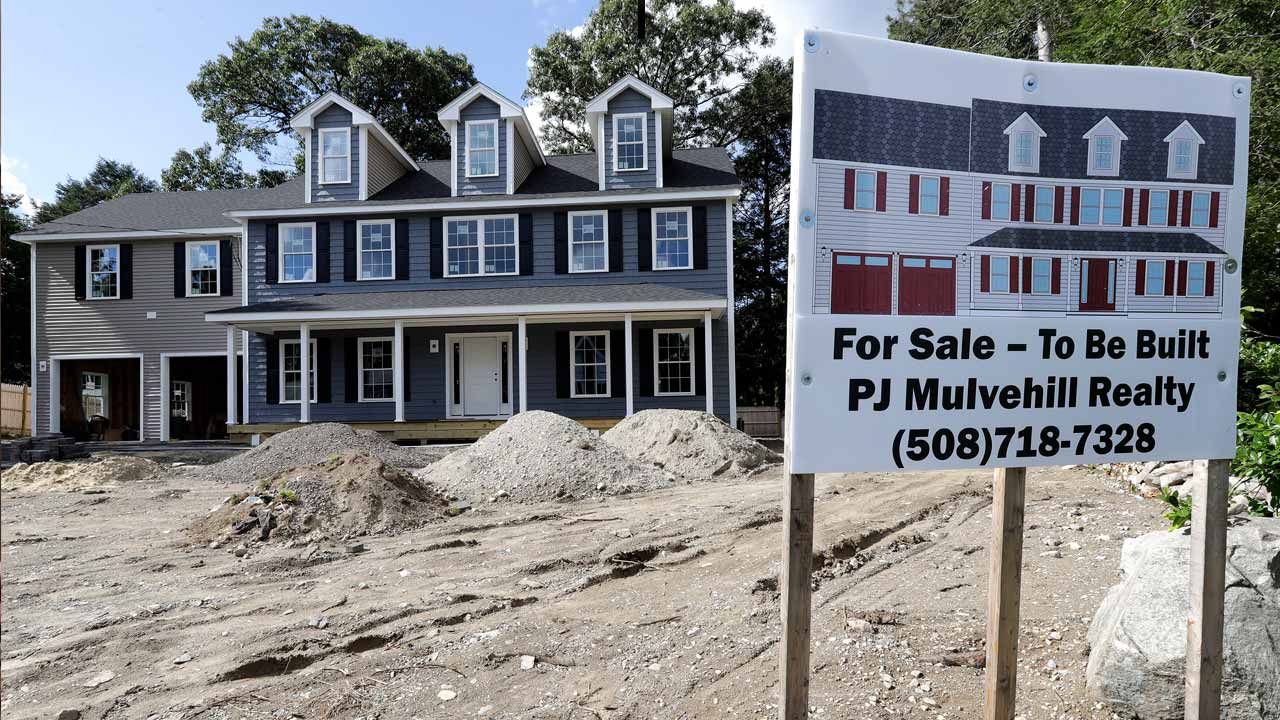 WASHINGTON — U.S. homebuilding fell last month after reaching a 12-year high in August, driven by a sharp decline in the construction of new apartments. Yet single-family home construction ticked higher for the fourth straight month.


“The upward trend for single-family construction aligns with other housing data that show strong demand for new homes by homebuyers in response to lower mortgage rates and rising incomes.” — Ben Ayers, senior economist at Nationwide
The Commerce Department said Thursday that overall housing starts in September dropped 9.4% to a seasonally adjusted annual rate of 1.26 million. The construction of new apartments plunged 28.3% to an annual pace of 327,000.

The report suggests the housing market is in solid shape, despite last month’s drop. The construction of both homes and apartments has risen 1.6% in the past year. And single-family homebuilding ticked up 0.3% in September to an annual rate of 918,000. Single-family construction typically creates more jobs than apartment units. Permits for single-family homebuilding also rose slightly, a good sign for future building.
Lower mortgage rates and a healthy job market that is modestly increasing wages are lifting home sales and the demand for new homes. Sales of existing homes rose to a 17-month high that month and sales of new homes jumped. The average interest rate on a 30-year mortgage ticked up last week but is still at a historically low level of 3.69%.
“The upward trend for single-family construction aligns with other housing data that show strong demand for new homes by homebuyers in response to lower mortgage rates and rising incomes,” said Ben Ayers, senior economist at Nationwide. “The extremely tight inventory for existing homes is also pushing more buyers into the market for new homes.”

Building permits have also increased in the past year, rising 7.7%. Permits to build single-family homes rose 2.8% in September from a year earlier while apartment permits soared nearly 21%.
In September, construction fell the most in the Northeast, where it plummeted 34.3%. It also dropped sharply in the Midwest, where it declined 18.9%. Starts dropped 4% in the South and 1.9% in the West.
Mortgage rates are near historic lows, with the average interest rate on a 30-year loan below 4%. They may fall further in the coming months if the Federal Reserve cuts short-term rates at its next meeting later this month, as some economists predict.

Wife and Son of 'Tarzan' Actor Ron Ely Are Killed