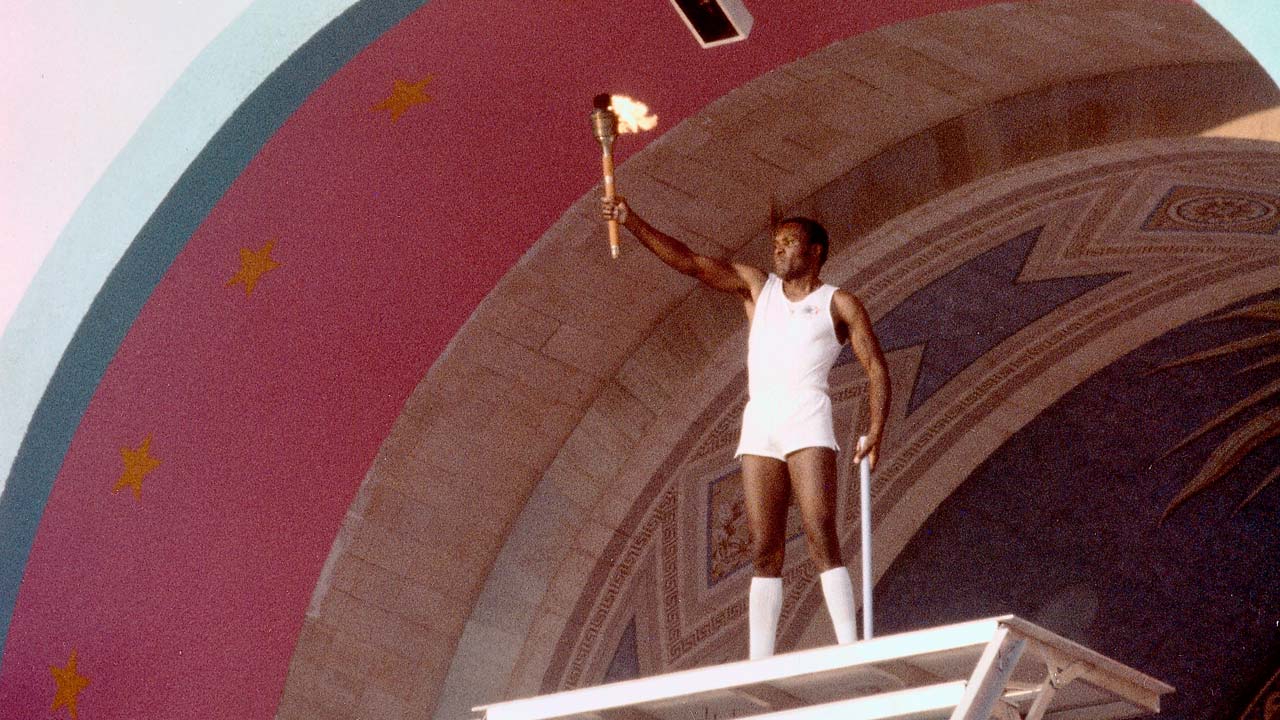 LOS ANGELES — UCLA will honor Olympic decathlon champion Rafer Johnson and his wife Betsy by naming the track at Drake Stadium for the couple.

The dedication ceremony is Oct. 25.

Johnson won the gold medal in the decathlon at the 1960 Rome Games after earning the silver four years earlier in Melbourne. He began his UCLA career in 1955 as captain of the freshman team. He ran on the varsity from 1956 to 1958 and led the Bruins to their first NCAA track and field championship in 1956.
The couple’s children, Jenny and Josh, also played sports at UCLA.
Johnson competed on the basketball team under John Wooden in 1958-59.

Johnson and his brother Jimmy, a Pro Football Hall of Fame inductee, grew up in Kingsburg after their father moved the family from racially segregated Texas in 1946.
Rafer Johnson Junior High in Kingsburg is named in his honor.
Johnson is considered among the greatest athletes in sports history.
After winning the Olympic gold medal in the decathlon in 1960, he earned the following honors: Sports Illustrated’s Athlete of the Year, Sport Magazine’s Sportsman of the Year, the Associated Press Athlete of the Year, and the Sullivan Award as the Outstanding Amateur Athlete.

Later, he would become friends with presidential candidate Robert F. Kennedy and heavyweight boxing great Muhammad Ali, and champion civil rights and the Special Olympics.
In 1984, he was selected to light the cauldron for the Olympic Games at the Los Angeles Memorial Coliseum.
“The great American hero, Rafer Johnson,” ABC sportscaster Jim McKay said as Johnson lit the flame.
(Associated Press contributed to this report.)

Bredefeld Says Fresno Is 'Under Siege' by Homeless People