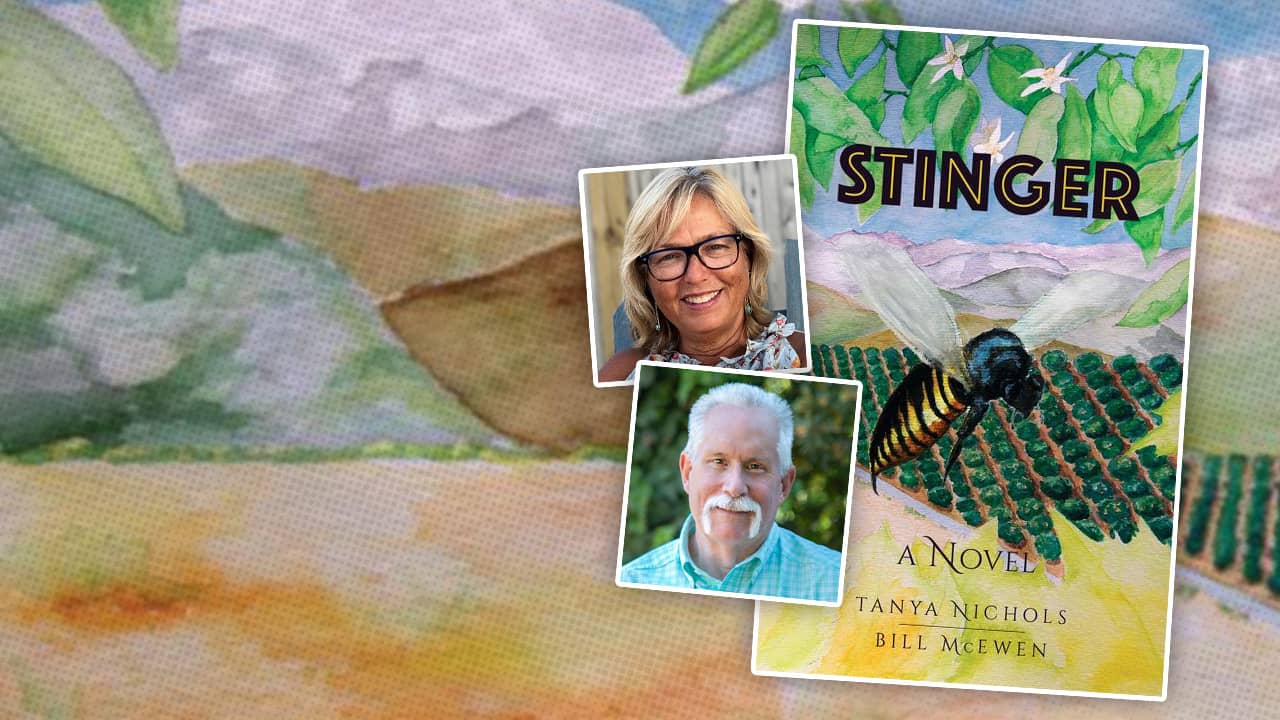 Early Praise for the Novel

Early readers are giving it thumbs-up reviews.
“Stinger is taut and colorful, a tale well-told by Nichols and McEwen, both of whom know every corner of the Valley and every secret hidden there. The landscape and the characters who inhabit it come alive in these pages,” says Steve Yarbrough, the critically acclaimed author of 11 books, most recently the novel “The Unmade World.”
The publisher of “Stinger” is Mark Arax’s Fresno-based West of the West imprint. After reading the manuscript, he decided to publish the first edition as a high-quality hardback — taking a different path than many independent presses that opt for paperbacks.
“I’m proud to publish ‘Stinger.’ It’s not only a great read, but it says so much about our place — California, the San Joaquin Valley, Fresno,” says Arax, whose latest work “The Dreamt Land” is a Los Angeles Times and San Francisco Chronicle best-seller.
Novelist and poet Liza Wieland says that “Stinger” is a “lively, engaging, and deeply knowledgeable romp though business and family intrigue in the Central Valley. Both Nichols and McEwen are talented, accomplished writers on their own, but in Stinger, they make a great and seamless team.”

“Stinger” launched Sept. 18 in a benefit for the Friends of the Fresno County Library at 2nd Space Theater in the Tower District.
Books are $25 and will be available at Saturday’s event. The Clovis Book Barn is at 640 Clovis Ave.