Supporter groups at Chukchansi Park for Fresno FC’s regular-season home finale cheered their team as they have for the last two seasons.

They banged drums, played vuvuzelas and trumpets, and shook their tambourines.

But the fans added a new wrinkle in their enthusiasm for their favorite local soccer team — banners and signs with the message “Stay in Fresno.”

The future of the second-year professional soccer club is in doubt. United Soccer League rules state that teams eventually must play in soccer-specific stadiums. The team doesn’t have a plan in place and says it is exploring options out of town.

Last week, both the team and the city of Fresno issued statements stating the other side isn’t doing all it can to solve the problem.

Fans at Saturday’s game said they didn’t care where in Fresno the team plays. They just want the Foxes to stay. 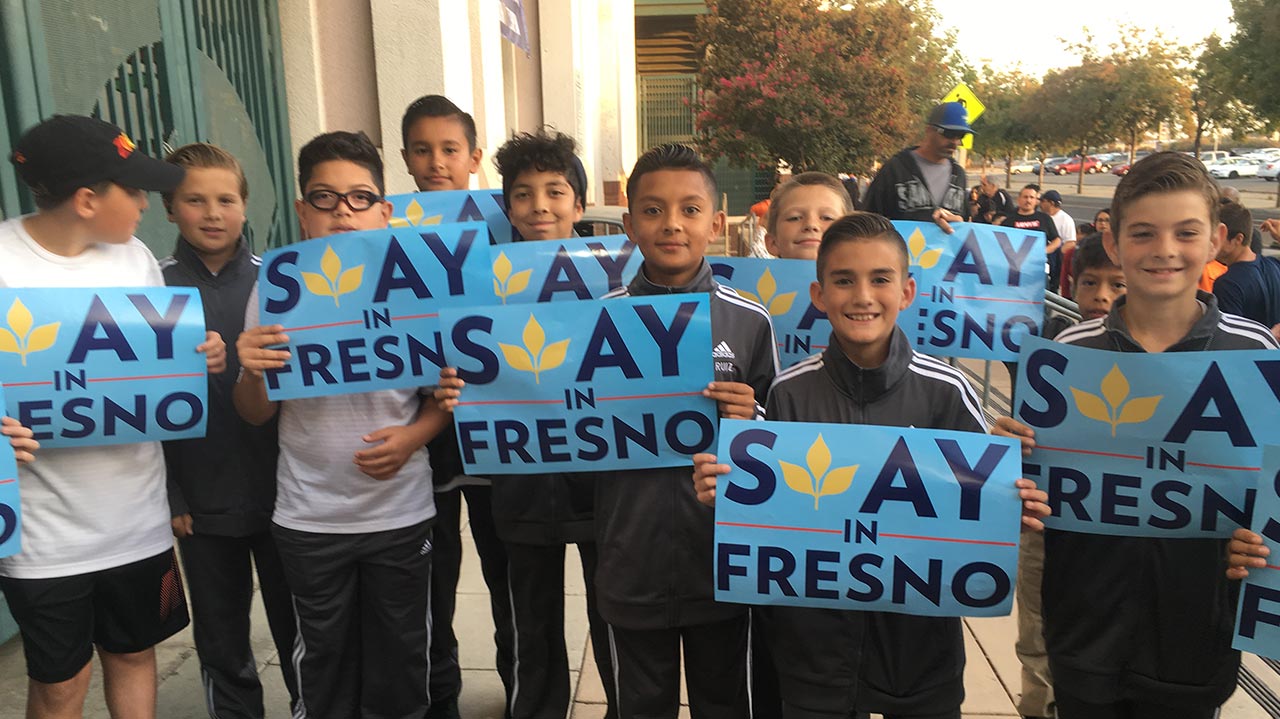 As fans lined up to enter the stadium, Ricky Bravo passed out hundreds of signs with the “Stay in Fresno” message. He is the president of the Vigilantes fan supporters’ club.

Bravo estimates his club passed out 4,000 signs. He received $700 in crowdfunding support for printing costs.

He says the Foxes inspires the community, especially those who play soccer.

“It brings a whole other level of that, a community. This is our team. The citizens of our city are putting in blood, sweat, and tears for that,” Bravo said.

Bravo isn’t sure where the perfect spot is, but hopes the team’s owners and city work together to assure the team’s future.

The threat of the team leaving reminded Bravo of the situation in Oakland, where the NBA’s Warriors left for San Francisco, the NFL’s Raiders are moving next year to Las Vegas, and the MLB’s A’s situation is up in the air.

“If you look at how important a team can be, it is part of the city’s responsibility to make sure (finding a new stadium) can happen,” Bravo said.

The message is clear from @FFCFoxes fans: Stay in #Fresno pic.twitter.com/9TntcKOXsh

The Foxes will host at least one playoff game. It is scheduled for Oct. 26.

Nearly 8,000 fans attended Saturday’s game, the third-largest crowd in team history. The team settled for a 2-2 draw against LA Galaxy II. In addition to the game, fans celebrated the Stand Up 2 Cancer event. 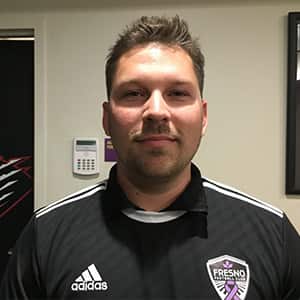 “We need to find a place to play. You can’t make it make sense long term at Chukchansi Park.” — Chris Wilson, VP of operations

“Beautiful. I think it’s amazing,” said Chris Wilson, the Foxes’ vice president of operations. “No one has ever questioned the passion of the fans in Fresno. … We appreciate the things the fans are doing.”

But Wilson says they need a new facility.

“We need to find a place to play. You can’t make it make sense long term at Chukchansi Park,” Wilson said.

The Foxes lease the stadium from its main tenant, the Fresno Grizzlies. That deal expires at the end of the year. The team would not disclose the details of the lease agreement.

Wilson says the goal has always been to privately finance a stadium. The problem is finding a location.

“It’s a lot more difficult than you might think to find a spot that makes sense for fans as well as for business operations,” Wilson said, adding that the team’s intention is to stay in Fresno.

Wilson added that playing at a high school stadium wouldn’t work because of the problem with alcohol permits, plus the requirements for a regulation-sized pitch (field).

Last week, the Fresno City Council met in closed session to discuss the possibility of using the Fresno Regional Sports Complex on West Jensen Avenue as a location for the team.

“I believe the mayor has gone above and beyond to help keep the Fresno Foxes in our city,” Arias said. “The mayor, myself, and the council know that Fresno is a great place for soccer and we would like them to stay here.  We continue to be open to discussions that result in a mutually beneficial agreement that keeps them here.”

Brand added that his staff met with the soccer club 11 times this year to talk about where the team can play. Options included Selland Arena, and parking lots next to the Convention Center, or Lot 1 near Chukchansi Park. 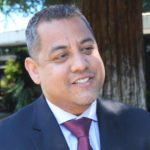 “I believe the mayor has gone above and beyond to help keep the Fresno Foxes in our city.” — Fresno City Councilman Miguel Arias

The mayor also said the city “connected them to private landowners who own land that could work for them.”

The team issued a response saying the Selland/Convention Center deals “needed an adjustment to the private parking on site.”

“The city stated that they would not get involved in the negotiation of private parking. Negotiations ended without a positive end result,” the team said.

The Lot 1 deal would not work because H Street between Kern and Mono would need to be reduced to a one-way thoroughfare, and the city wasn’t willing to make that change, according to the team.

“Following the failed attempts to stay in downtown Fresno, club leadership has had to explore other options. The club is continuing to look outside of the city limits for potential stadium locations,” the team said.

The city’s news statement concluded with: “Both Brand and Arias believe that if the Foxes end up moving the team outside of Fresno, it won’t be due to a lack of effort and creative thinking from the city, but rather an economic decision by the team’s ownership.”

Said Wilson: “We just need help to get across the finish line on some things. That is our hope.”

“I think it really sucks,” Perez said of the situation that the team could move.

While he says that games at Chukchansi as “all right,” he wants to watch games at a soccer-specific stadium, preferably downtown.

“I would hold the city responsible,” Perez said if things went sour. He wants to see a 50-50 financing split for a new stadium.

Richard Rodarte is part of the Escuadron de Fresno supporter club. He said he wants the team to stay in the area, even if that means Madera.

“As long as we have a team, I will follow that team wherever it goes,” Rodarte said. He doesn’t blame either the team or the city if a deal isn’t worked out.

“It’s Fresno FC, so it should be best in Fresno,” she said. 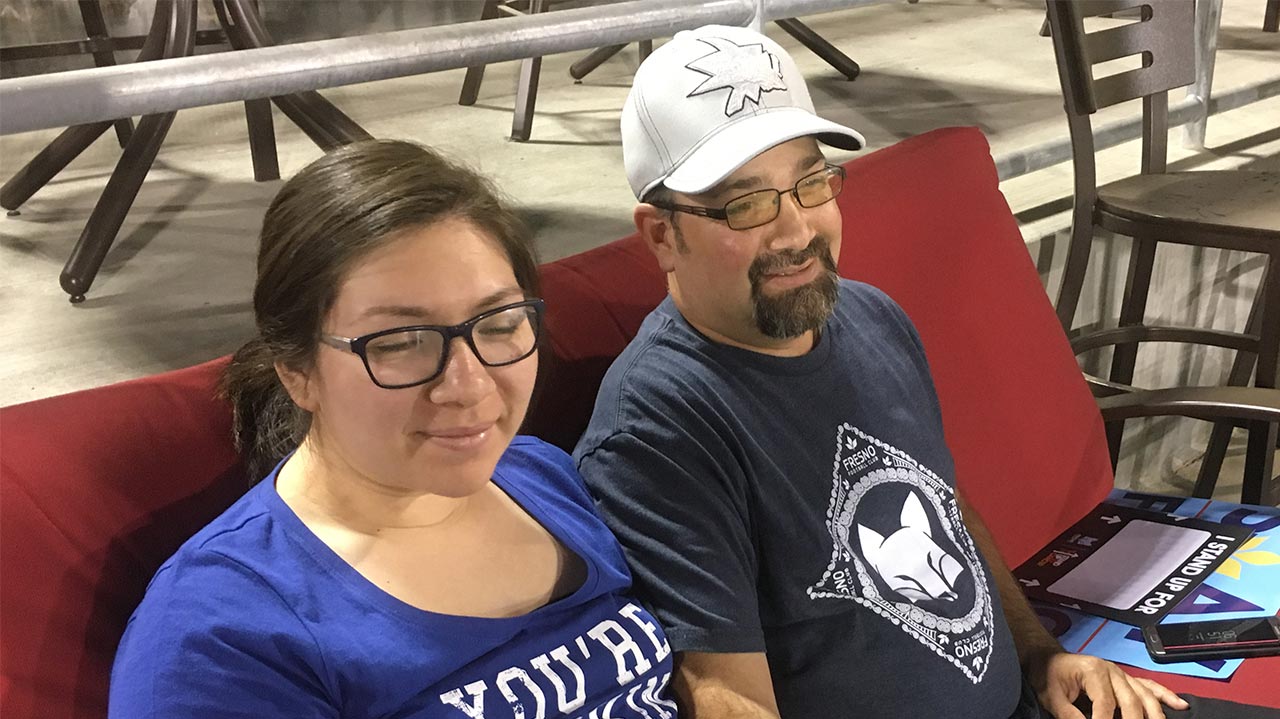