NBA Decides to Remain Silent for Rest of China Trip 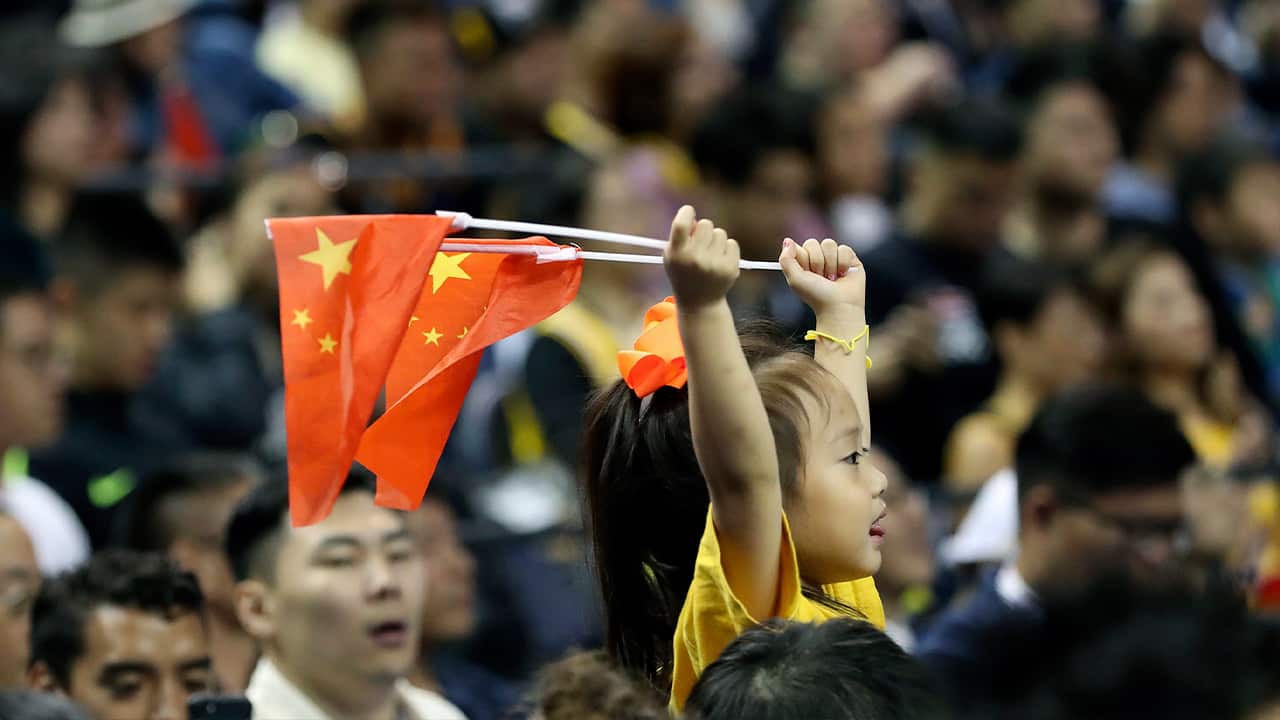 The NBA will complete its trip to China in silence.

This time, it was the NBA’s call. The game in Shenzhen has been a hot ticket since the matchup was announced, and just as was the case in Shanghai on Thursday a full arena is expected on Saturday.
“I think whoever bought the ticket needs to attend the game. After all, it is just a sport. An entertainment in fact,” Chinese fan Lao Zhang said in Shenzhen on Friday. “The bottom line is the two countries respect each other. We have the choice to like NBA players or not, meanwhile, NBA should respect China. Only by this way, NBA would have more fans and a bigger market in China.”
Under normal circumstances, the Lakers and Nets may have spoken Friday in advance of the game and then coaches and players would be made available to talk both before and after Saturday’s contest. No player or coach from either team has reacted publicly to the fallout surrounding Morey’s tweet, which was deleted quickly though continues to remain a major problem for the league and its relationship with the world’s most populous country.
The Rockets were asked repeatedly about the situation during their two-game trip to Japan earlier this week for games with the reigning NBA champion Toronto Raptors. A Rockets media relations official stopped Houston guards James Harden and Russell Westbrook from answering a question from a CNN reporter Thursday about whether they would continue to speak out about political and societal matters. That prompted an apology from the NBA, who said that decision “was inconsistent with how the NBA conducts media events.”

NBA Will Continue Protecting Freedom of Expression for Players, Employees

In Tokyo, Rockets coach Mike D’Antoni said questions about the China-NBA rift are thorny to answer.
“You can’t answer questions like that because you’re wrong no matter what,” D’Antoni said. “I’m here to speak basketball, talk basketball. … Hey, I coach basketball. I’m not a diplomat.”


“You can’t answer questions like that because you’re wrong no matter what. I’m here to speak basketball, talk basketball. … Hey, I coach basketball. I’m not a diplomat.” — Rockets coach Mike D’Antoni
Golden State forward Draymond Green said the fallout over China won’t stop players from speaking out about matters they deem important. But he also said he didn’t think it was wise to discuss the nuances of this rift without fully grasping all sides of the matter.
“I don’t really understand it,” Green said. “So at this point I’m just trying to educate myself more on all of it. Even the initial tweet that started this uproar, I don’t really understand what’s going on in Hong Kong or China. It’s hard enough trying to understand politics in America for me.”
Silver spoke earlier this week and said the league would continue protecting freedom of expression for its players and employees. Morey’s tweet was criticized by Nets chairman Joe Tsai, who is in China for this week’s games and is a co-founder of Chinese e-commerce giant Alibaba.
“I don’t think it’s inconsistent to both be apologetic that that was the outcome of that speech but at the same time support Daryl’s right to his freedom of expression and Joe Tsai’s right to respond,” Silver said.
Related Topics:Brooklyn NetsChinacoachesLos Angeles LakersNBAnews conferencesShanghai
Up Next

Georgia Mall Featured in 'Stranger Things' to Go up for Sale