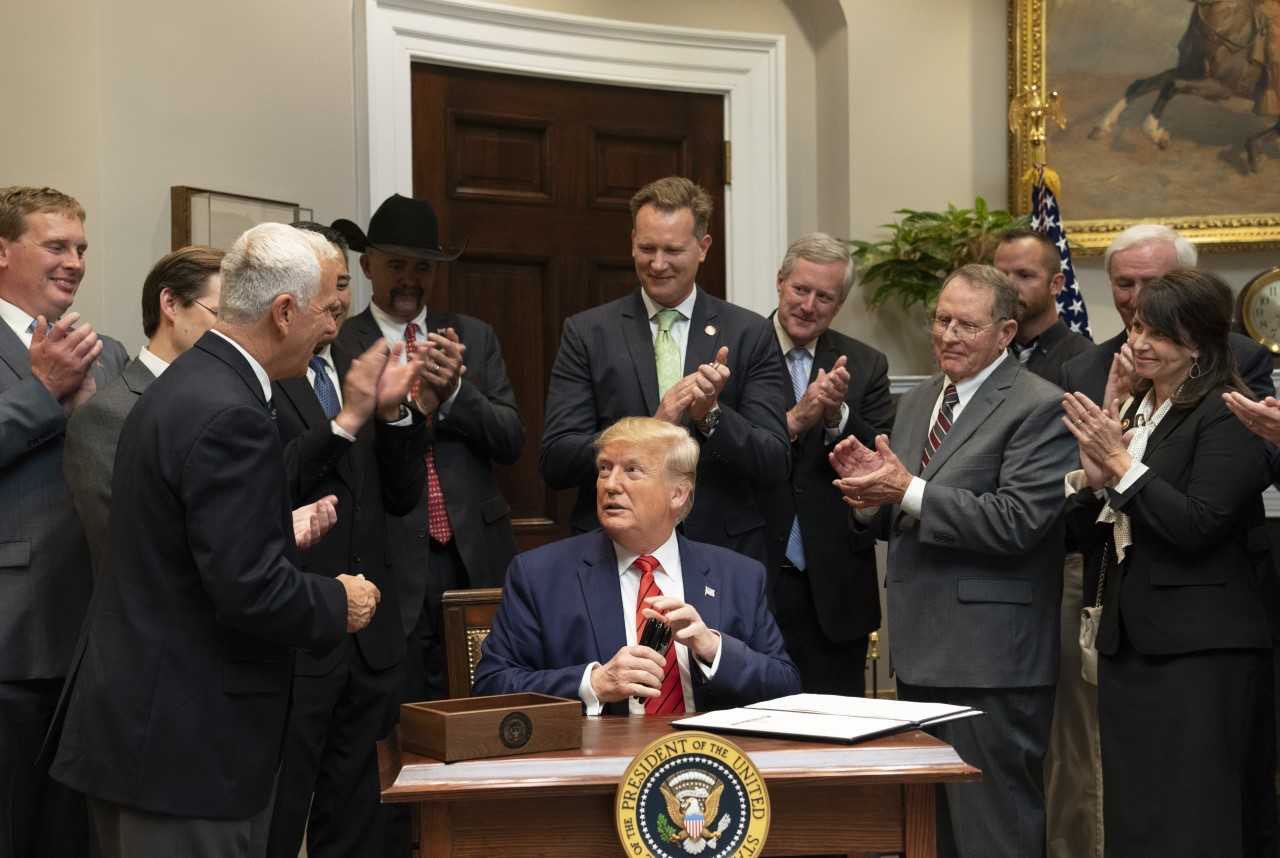 State Sen. Andreas Borgeas of Fresno isn’t quite sure how he received an invitation to the White House this week.
On Wednesday, Borgeas stood behind President Donald Trump while the president signed two executive orders easing government regulations and increasing transparency.

Listen to this article:
“I don’t have any independent confirmation on where or how exactly the invitation originated,” said Borgeas, a Republican. “But, I wouldn’t be surprised if it if it came from the opposition that I expressed fiercely at SB 1.”
Senate Bill 1 was legislation pushed by Democrats that would have rolled back Trump-era environmental and labor policies. Gov. Gavin Newsom vetoed the bill earlier this month.
All Borgeas does know is that the Office of Intergovernmental Affairs called him, and on short notice, Borgeas booked a flight and headed east. Several state elected leaders from around the country joined Trump, federal leaders, and citizens negatively affected by governmental regulation.

Trump’s orders will require government agencies to publish guidance documents online. It will also require the government to inform citizens about cases brought against them, and respond to their arguments.
“I have seen firsthand how bureaucrats at the federal level. for example. wield extraordinary power and often without accountability or public recourse,” Borgeas told GV Wire. “In the Valley, this has been especially true in the water and agricultural context.”
Borgeas cited the case of Duarte Nursery, which faced legal action from the U.S. Army Corps of Engineers for violating federal environmental regulations while working on its Tehama County farm.
Although its not the flashiest part of government, Borgeas said, the executive orders on transparency are much needed.
“The power of regulators, and the bureaucrats that have the decision-making authority within these bodies, is so vast and mysterious and confusing that individuals who are brought into scrutiny are so disadvantaged that it goes against our notions of due process and fair play.”
Borgeas did not speak during the White House ceremony.

As Trump fielded questions from the media, Borgeas soaked in the scene.
“It was terribly exciting to see the leader of the free world and be in such close proximity but also, the power of the First Amendment at play,” Borgeas said.
Borgeas tried to keep his trip in perspective.
“The White House is humbling when you’re there. It is awesome in its power, but it also reminds you that it is scaled down on purpose because America is about ideas, not the projection of power in that traditional imperial sense,” Borgeas said.

Watch Video of the Ceremony