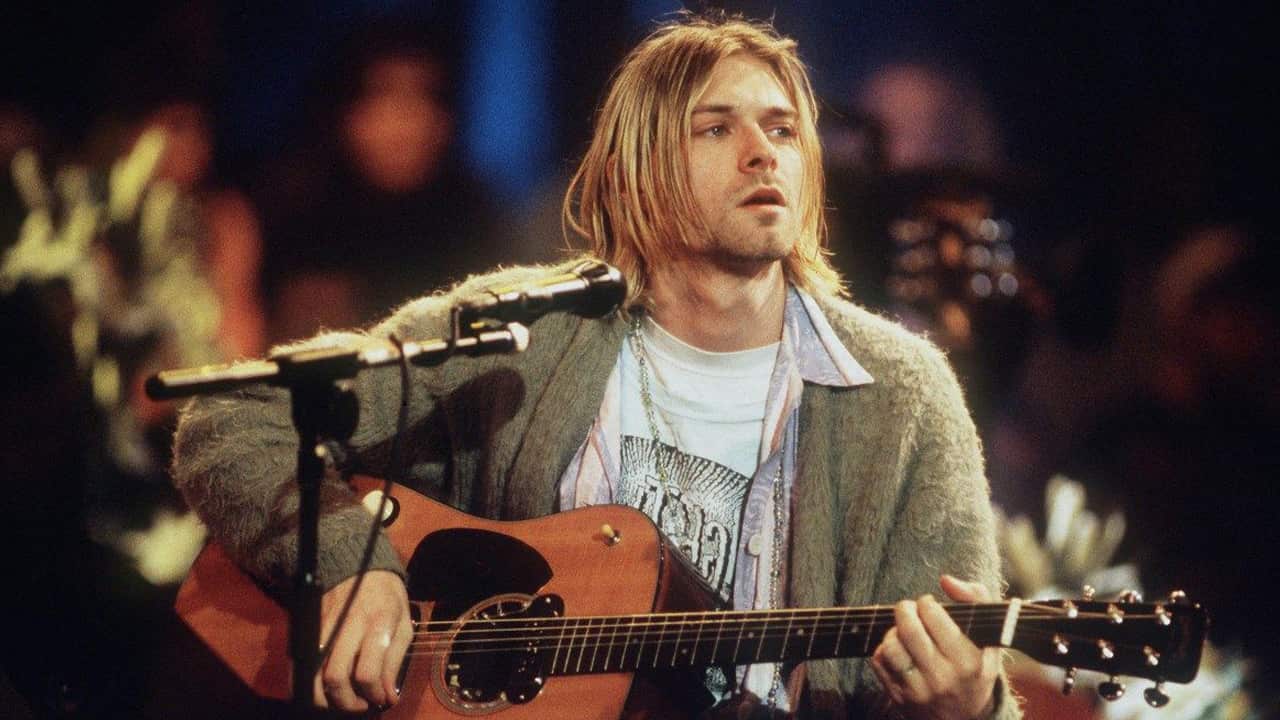 LOS ANGELES — The olive green cardigan that Kurt Cobain wore during Nirvana’s MTV “Unplugged” performance and one of the late rocker’s custom guitars are headed to auction.
Julien’s Auctions said Wednesday that the sweater and a custom Fender guitar built in 1993 that Cobain used during the band’s In Utero tour will be offered during a two-day auction of rock memorabilia this month.
The turquoise-bodied left-handed guitar was on display for several years at the Rock and Roll Hall of Fame.
Cobain, one of the biggest stars of the grunge rock music scene of the early 1990s, was 27 when he killed himself on April 5, 1994.
Other pieces in the auction include handwritten lyrics by Bob Dylan, Eric Clapton and Bruce Springsteen.
The auction will be held Oct. 25 and 26. This image released by Julien’s Auctions shows an olive green cardigan sweater worn by Nirvana frontman Kurt Cobain during Nirvana’s MTV’s “Unplugged” performance. The sweater, along with Cobain’s custom Fender guitar, are among many rock and roll items up for auction on Oct. 25 and 26. (Julien’s Auctions via AP) This combination photo of images released by Julien’s Auctions shows the front and back of a turquoise-bodied left-handed Fender guitar built in 1993 and used by Nirvana frontman Kurt Cobain during the band’s In Utero tour. The item is one of many rock and roll items up for auction on Oct. 25 and 26. (Julien’s Auctions via AP)