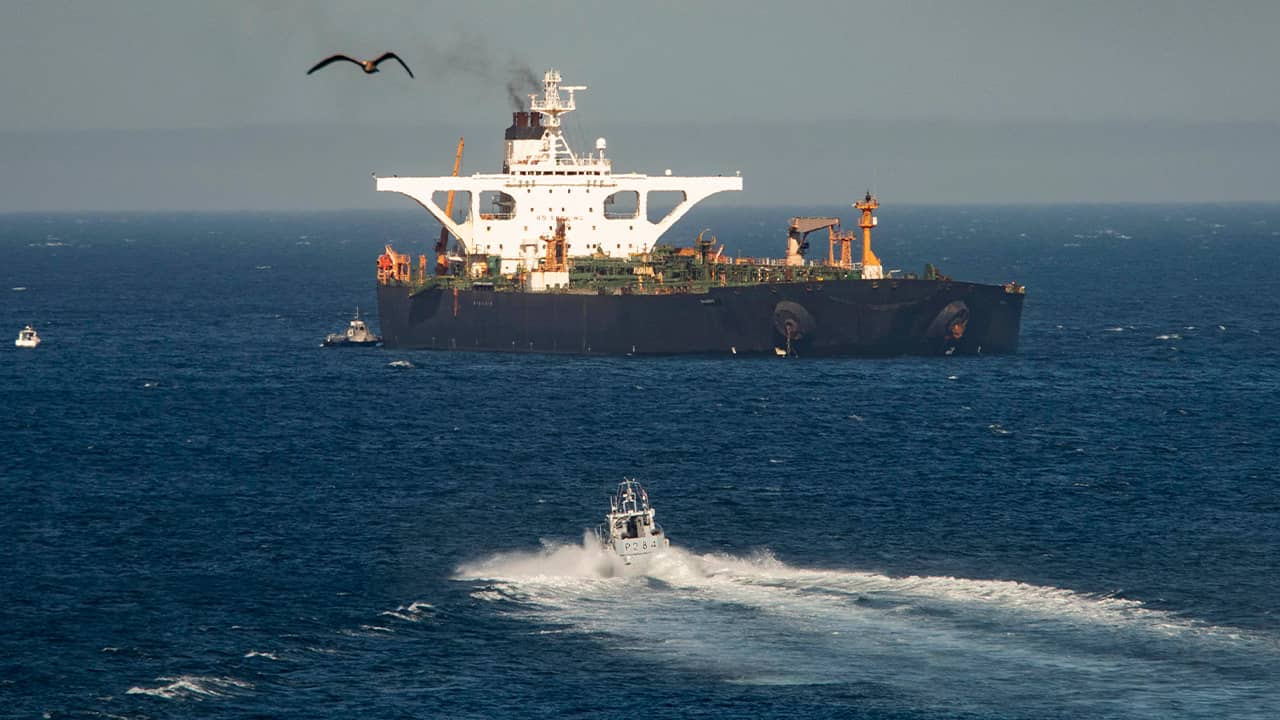 U.S. officials were determined to keep a tanker that they thought was full of Iranian oil from reaching war-torn Syria, putting cash into the hands of Iran’s government and fuel into Syria’s, and violating European Union sanctions on Syria. What transpired was a story of modern-day attempted piracy, author and Fresno State professor emeritus Sasan Fayazmanesh says. 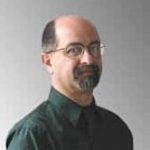 In his satirical article “The Pirates of Gibraltar,” published last month in the magazine CounterPunch, Fayazmanesh identifies the pirates as former U.S. National Security Adviser John Bolton, former British Foreign Secretary Jeremy Hunt, Secretary of State Mike Pompeo, Brian Hook, the U.S. special representative for Iran in the State Department, and Sigal Mandelker, Treasury Department undersecretary for terrorism and financial intelligence.
Fayazmanesh, who retired from Fresno State as professor emeritus of economics and director of the Middle East Studies program, compiles a lengthy aggregation of news articles from The New York Times, The Guardian, the Associated Press, Aljazeera, Reuters, Bloomberg and other news sources to detail the saga of the tanker Grace 1, which was a Panamanian-flagged vessel when it was captured by British marines at Gibraltar but then took on a new name – Adrian Darya 1 (Darya means sea in Persian) – and the Iranian flag after it was released by the British more than a month later.
He quotes from news reports that one country after another in the Mediterranean refused entry to the massive ship carrying 2.1 million barrels of crude oil. The Financial Times reported that a U.S. representative had even tried to bribe the tanker’s captain with “several million dollars” if he would sail to a country willing to impound the ship on behalf of the U.S. The crude oil alone was estimated to be worth $130 million, Fayazmanesh reported.

GV Wire asked Fayazmanesh in an email interview to talk about his article, the issues, and what brought him to the U.S. and to Fresno State.

GV Wire: Why did you opt for the “pirates” satirical approach?

U.S. foreign policy toward Iran has been tragic since 1953, when the U.S. helped to carry out a coup d’état in Iran and overthrow a constitutionally elected government in favor of a U.S. strongman. The policy has become increasingly more tragic since the 1979 Revolution in Iran, as the U.S. has tried continuously to overthrow the government of Iran by using coercive measures, such as sanctions and threats of war. However tragic, at times the policy has been such a farce that just retelling it appears to be satirical. The image of bumbling grown men and women — albeit U.S. and its allies’ diplomats — trying desperately, but unsuccessfully, to steal a foreign ship is both tragic and comical. Their behavior reminded me of hilarious Hollywood movies made about pirates.

Why did you decide to take up this topic for your article? What drew you to it?

As a professor emeritus of economics and a Middle East researcher, I follow closely Iran’s economic and political relations with its adversaries, particularly the U.S. and Israel. The attempt by the U.S. and its allies to capture an Iranian oil tanker was among the news that I came across and tracked daily. Had the U.S. succeeded in seizing the tanker, Iran would have retaliated, and the situation could have gotten out of hand. For this reason, and the fact that most people don’t pay close attention to such news, I decided to write a short account of the events.

What do you hope the article will accomplish? What were your goals in writing it?

The major goal of an educator or a researcher is to inform the public. Why is the U.S. waging a campaign of “maximum pressure” against Iran, why sanctions levied on Iran by the U.S. are some of the most inhumane set of sanctions ever imposed by one country on another, why there is a potential for a disastrous war between the U.S. and Iran, how did we get to this point, what are the possible ways out? These are some of the questions that an educator or a researcher dealing with the Middle East tries to raise and answer. I hope “The Pirates of Gibraltar,” as well as the books and articles that I have written in the past, help to inform and educate the public.

Your sourcing of news sites and social media is quite expansive. Have you written an article from an aggregation of news sourcing like this before?

Having multiple sources for showing how an event unfolds is essential for being accurate. Therefore, this article, like my previous writings, relied on multiple sources that reported the predicament of the Iranian oil tanker.

Was there any part of the article that you thought might be particularly shocking/surprising to readers?

A well-informed reader does not usually get shocked by reading how absurd the U.S. foreign policy could become. But a casual reader might find many aspects of the U.S. attempt to capture a foreign tanker and its cargo troubling, particularly the part when the U.S. special representative for Iran at the Department of State emails Indian captains of the Iranian oil tanker, trying to shake them down, threatening them with a hard life and offering them money and a good life.

Is there anything else you’d like to share with GV Wire concerning your article, your research of it, or the events that you reported?

There was a follow-up to the story. On Sept. 27, 2019, Iran confirmed that the United Kingdom oil tanker that had been impounded in Iran has left for international waters. This was the end of the tit-for-tat policy that Iran was pursuing toward the UK.

Why did you come to California for undergraduate and graduate study (as opposed to staying in your homeland of Iran or going elsewhere in the U.S. or the world)?

Actually, I came to the U.S. when I was in my last years of high school. As a teenager, I was sent by my parents to the U.S. to stay with relatives and to continue my education in the U.S. By the time I finished my Ph.D., I was more at home in the U.S. than any other country in the world, and therefore I stayed here permanently.

When did you teach economics at Fresno State?

I moved to Fresno in the mid-1980s, after my wife, Vida Samiian, who had received her Ph.D. in linguistics, got a teaching position at California State University, Fresno. We stayed in Fresno, teaching, doing research, giving public lectures, and putting together community lecture series until 2015-16.

When were you the director of the Middle East Studies program at Fresno State, did you help establish/develop the program?

After the first invasion of Iraq by the U.S. in 1990-91, I developed a course called the Political Economy of the Middle East. Also, my wife and I started a lecture series on the Middle East, which became more regular after the second U.S. invasion of Iraq in 2003. Subsequently, we started the Middle East Studies Program. I developed the first introductory course for the program and became its first director in 2007.
Fayazmanesh is the author of “The United States and Iran: Sanctions, Wars and the Policy of Dual Containment,” (London: Routledge, 2008), and “Containing Iran: Obama’s Policy of ‘Tough Diplomacy’ ” (London: Cambridge Scholars Publishing, 2013). He also has written numerous other articles for CounterPunch, which was founded as a muckraking newsletter in 1994 and now is headquartered in Petrolia in Northern California.