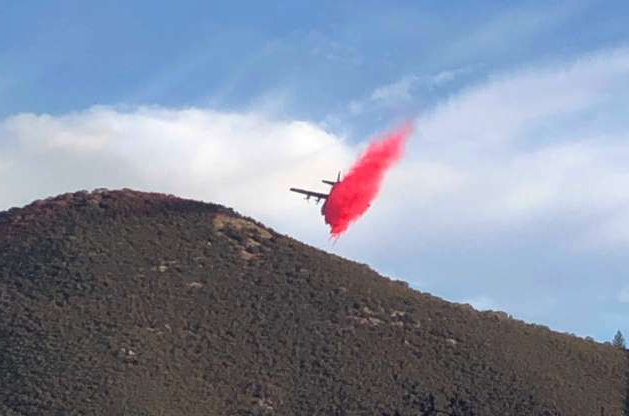 The Briceburg Fire has spread to 3,600 acres near Yosemite National Park, but it hasn’t burned any buildings or resulted in fatalities, Cal Fire officials said Wednesday morning.
The wildfire, which is restricted to Mariposa County, is 10% contained. Nearly 1,000 fire personnel are fighting the blaze, which covered 2,000 acres as of Tuesday.

According to Cal Fire, firefighters worked through the night in steep terrain to remove fuels between the containment lines and the main body of the fire.
The fire’s cause remains under investigation. The blaze is near last year’s massive Ferguson Fire, which began July 13, 2018, and wasn’t fully contained until Aug. 22.

Briceburg Fire! From my house on the Rez! Please no wind today, dang it!! pic.twitter.com/O2LvLiWOCy

Mandatory Evacuations in Some Areas

Several areas are under mandatory evacuation orders: addresses on Highway 140 between Octagon Road and Colorado Road; Bug Hostel, Buffalo Gulch Road, and the Briceburg Campground.
In addition, Highway 140 is closed from Colorado Road to Savages Trading Post. Officials advise travelers to take highways 120 and 41 into Yosemite National Park.
For information on Yosemite National Park, go to nps.gov/yose or call 209 372-0200.

The New Life Christian Fellowship, 5089 Cole Road in Mariposa, is the evacuation center.
You can sign up for the Mariposa County Sheriff’s Office emergency alert system at this link.

Valley Air District officials have advised residents to stay indoors because of gusty winds and smoke from the Briceburg Fire.
Smoke impacts are expected to continue until the fire is extinguished while the blowing dust should subside by Thursday, the district said.
Residents can use the district’s Real-time Air Advisory Network (RAAN) to track air quality at any Valley address by visiting myRAAN.com.