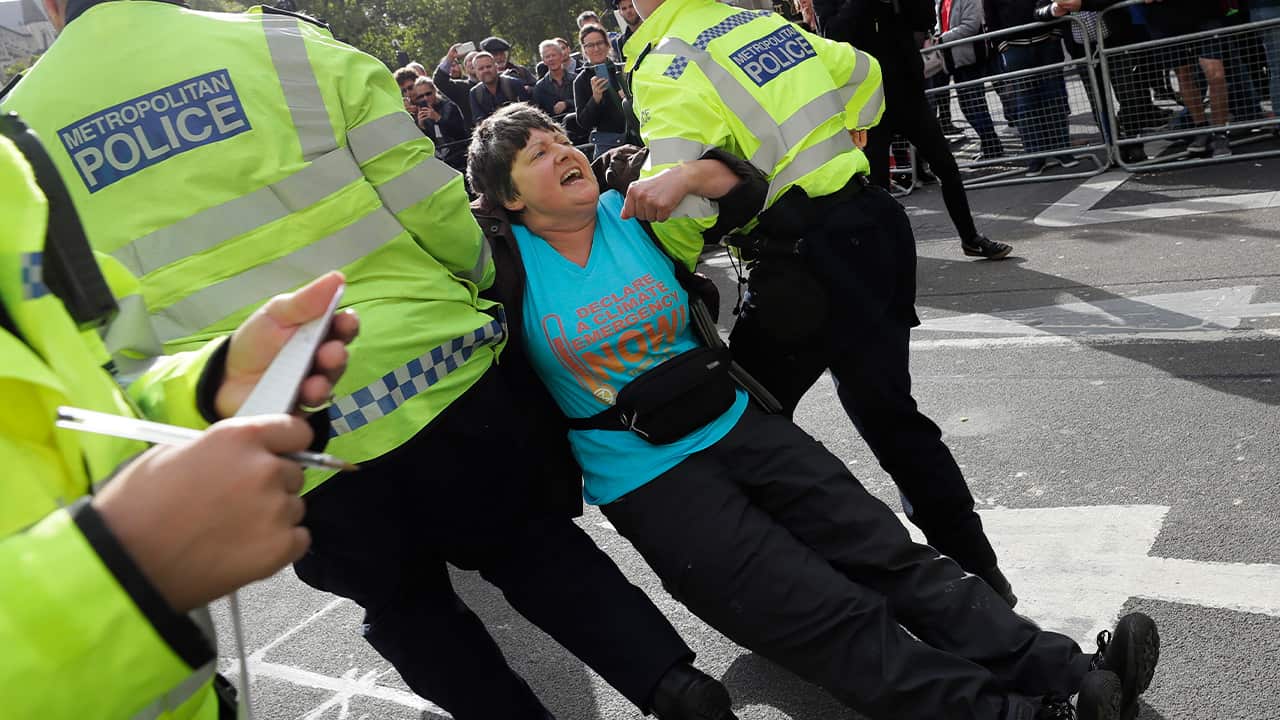 LONDON — Hundreds of climate change activists camped out in central London on Tuesday during a second day of world protests by the Extinction Rebellion movement to demand more urgent actions to counter global warming.

Disruption continued in other major cities in Europe. Activists set up tents in Paris, occupying a major square and blocking traffic along a bridge near city hall.
“We’ll stay here until the end and if they must remove us by carrying us out, moving us out or using teargas, we will be here, we will remain united, non-violent,” said Clement Schneider, 26, from Fribourg, Switzerland.
“And this will only reinforce, I hope, our commitment for the coming protests.”
In Brisbane, Australia, protesters chained themselves to intersections in the city center and three people locked themselves onto barrels filled with concrete. A protester hanging from a harness beneath Brisbane’s Story Bridge and brandishing “climate emergency” flags was taken into police custody and charged with unregulated high-risk activity.
Queensland police confirmed 29 people – ranging in age from 19 to 75 – were arrested in the city, and six others were arrested in Sydney after lying in a downtown street intersection.
More than 100 protesters dressed as bees at Sydney’s Hyde Park to highlight their claim that insects are under threat due to the impact of humans on the environment.
Some activists camped at Melbourne’s Carlton Gardens overnight before marching to a street corner locked down by more than 100 protesters in inclement weather. Police arrested 59 people for blocking an intersection.

“I don’t know that shutting the city down necessarily wins you many friends,” Victoria premier Daniel Andrews said.