Fresno Teachers Get a Do-Over Vote On Union Fee Proposal 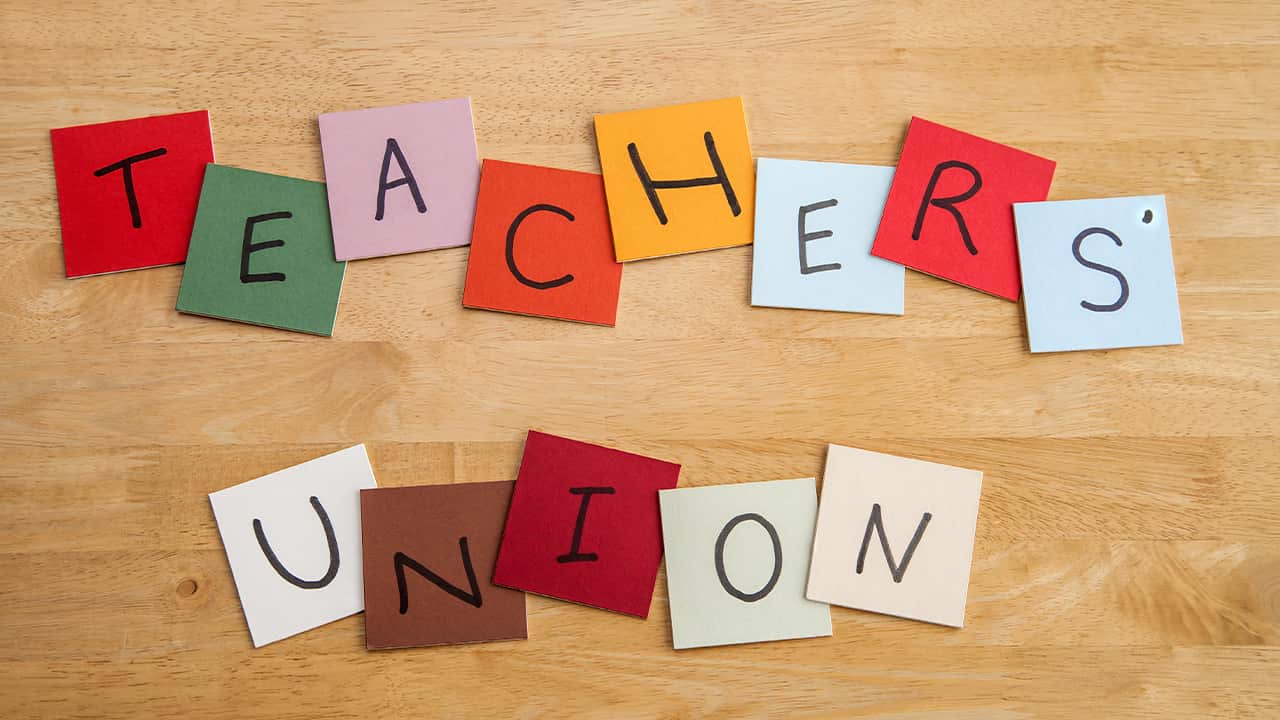 A plan by the Fresno Unified teachers union to charge members an extra $5 monthly to bankroll a new union-run foundation will be up for a revote this month after a legal challenge by dissident members put the plan on hold.
The Fresno Teachers Association was ready to start collecting the money after school site representatives voted in March to approve the proposal. The funds would underwrite a new nonprofit, the Central Valley Education Foundation, that would provide grants and scholarships to students and grants to teachers, among other things. FTA’s executive board officers would serve as officers of the foundation board.

Nancy Price
School Zone
But there were a number of problems with the proposal, said Hilary Levine, one of six Fresno Unified employees who sued to stop the fee collection. The suit maintained that teachers were not provided proper notice about the vote, and the voice vote wasn’t sufficient proof of the plan’s passage. Plus, she questions whether one nonprofit — Fresno Teachers Association — can even spin off another nonprofit or collect donations without the express consent of members.
Members already pay $127 monthly in union dues, she said.

Under the union’s proposal, which is up for another vote at a meeting of FTA’s Representative Council on Oct. 14, members who didn’t want to contribute to the foundation would need to opt out. FTA President Manuel Bonilla said this is consistent with the policy of organizations such as the National Education Association and California Teachers Association.


“I spend thousands in my classroom. We are already giving to our community.” — Fresno Unified teacher Virginia Rivera
Dues-paying members would need to fill out an opt-out form and submit it by Nov. 22 of this year, and Sept. 30 in subsequent years.
Teacher Virginia Rivera, who also was a plaintiff in the lawsuit, said that’s just wrong.
The union should be asking teachers to opt in if extra money will be taken out of their paychecks, she said: “You don’t take my money and make me chase you to get it back.”
Rivera said some have accused her and the other dissidents of being too cheap to pay an extra $50 per year to support the foundation. (Teachers pay dues over 10 months.)
“I spend thousands in my classroom,” she said. “We are already giving to our community.”
Rivera and Levine say they will be watching the Oct. 14 vote closely to make sure the union follows its own rules. Bonilla maintains that the union did follow the rules but agreed to another vote to save on legal fees.
With the promise of a new vote, the dissidents put their suit on hold — for now. “We withdrew it with the stipulation that if they don’t do it correctly, we will file it again,” Levine said.

Liberty Elementary, a Clovis Unified school in northeast Fresno, was the only Fresno County school and one of only three elementaries in the San Joaquin Valley named to the 2019 National Blue Ribbon Schools list. 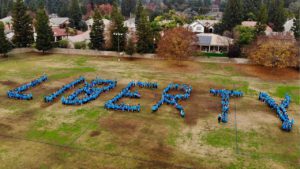 The awards are made by the U.S. Department of Education to recognize schools for overall academic performance or progress in closing achievement gaps among student subgroups. Liberty Elementary, with an enrollment of nearly 600 students, was recognized with the Exemplary High Performing School award for overall achievement.
U.S. Education Secretary Betsy DeVos and the Department of Education will celebrate the accomplishments of 312 public school and 50 nonpublic school honorees at an awards ceremony next month in Washington, D.C.
“We recognize and honor your important work in preparing students for successful careers and meaningful lives,” DeVos said in a video message to the honorees. “As a National Blue Ribbon School, your school demonstrates what is possible when committed educators hold all students and staff to high standards and create vibrant, innovative cultures of teaching and learning.”
Here’s a link to Liberty’s Blue Ribbon School application.

Will Maderans Be Crazy for MAD TEC?

It won’t open to students until the fall of 2020, but Madera Unified School District’s newest middle school already has a new name.
The Concurrent Enrollment Middle School is now the Madera Technical Exploration Center, or MAD TEC. The Madera Unified school board voted last month to make the name change. 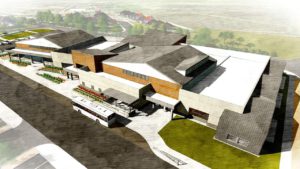 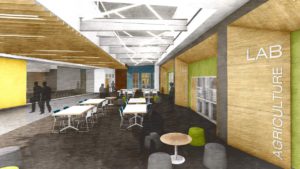 An artist’s rendering of the interior of the new MAD TEC middle school now under construction in Madera. (Madera Unified School District)

“Having Madera in the name was important to all stakeholders because this unique school has an opportunity to serve all eighth-grade students from across the district,” school principal Alyson Rocco said. “It’s not constricted by school boundary lines.
“Students will learn technical skills through project-based learning in each lab school while exploring careers prior to entering Career Technical Education pathways in high school. Madera Technical Exploration Center encompasses all those concepts in its name.”
The $36 million project is being built on Lilly Street near Tozer Street and Sunrise Avenue with funds from Measure M, a $120 million bond measure approved by voters in 2018.
District officials say the new middle school is the only one of its kind in Fresno and Madera counties, and possibly in California. It will have six career-themed labs: agriculture, entrepreneurship, health, public safety, manufacturing and engineering, and digital and performing arts.
At full enrollment, 1,080 eighth graders will spend half their school day at their home schools and the other half learning about career pathways.

Judge Rejects Trump Challenge to Release of His Tax Returns