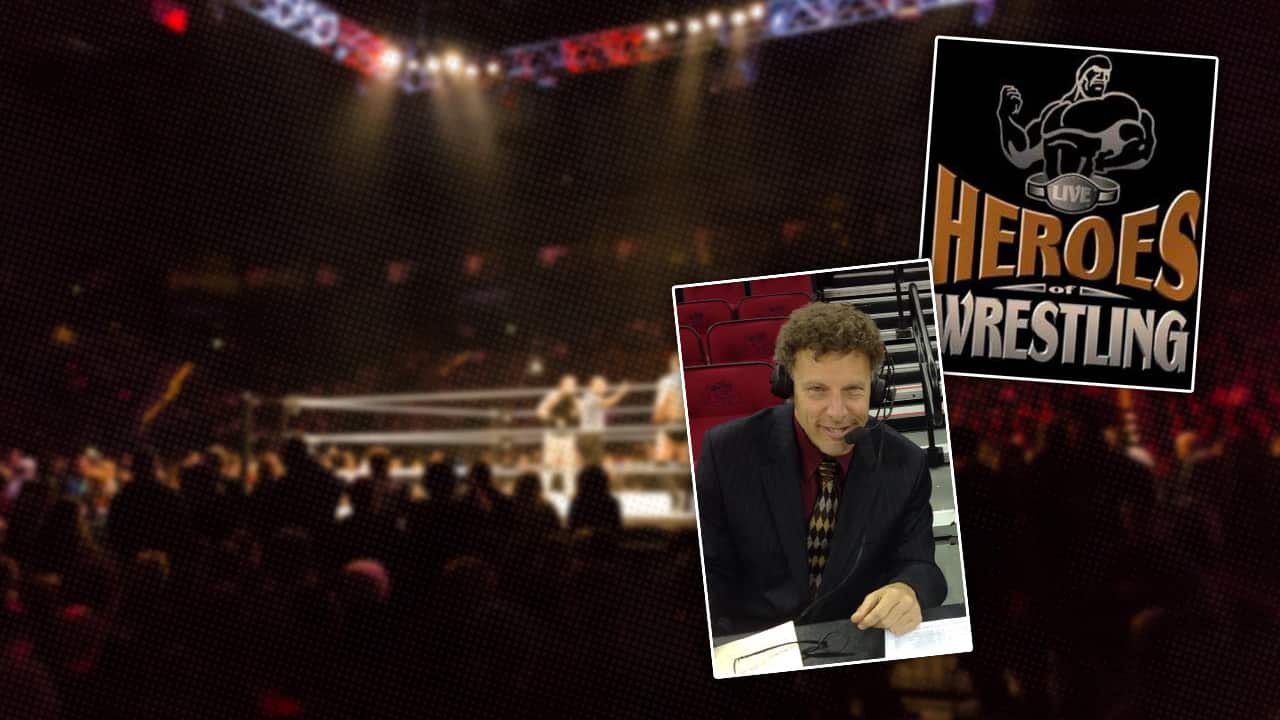 For all the criticism Fresno State broadcaster Randy Rosenbloom received for his one night in the professional wrestling business, he says now that things weren’t that bad.
An accomplished broadcaster with the Olympics, Wimbledon, and UCLA on his resume, Rosenbloom has voiced Bulldog events on TV and radio for the better part of the last 32 years. For the last few years, Rosenbloom has called women’s basketball games on ESPN 790 AM. 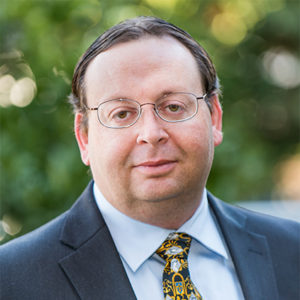 To the pro wrestling fan, Rosenbloom is remembered for the Heroes of Wrestling PPV, which took place 20 years ago this week. Critics panned the event, partly for its in-ring action, partly because of Rosenbloom’s unfamiliarity with wrestling.
Looking back 20 years later, Rosenbloom considers the event a success.

The event, broadcast live on Oct. 10, 1999, from Casino Magic in Bay St. Louis, Mississippi, showcased legendary names of the wrestling past and featured them in a nostalgic show of their own. The resurgence of wrestling in the late-1990s —  aided by the WWF (as the WWE was known then) Attitude Era, and the Monday Night Wars vs. the competing WCW —  had started to wane.
While WWF continued record business in attendance, merchandise, and ratings, WCW was in descent. A third wrestling company with a national profile, ECW, also had started to slide. Within 18 months, WWF would absorb both companies.
With three wrestling promotions providing regular pay-per-view options, Billy Stone, best known as a TV sports producer, built his own event from scratch — sort of an “Old Timers” day for wrestling. 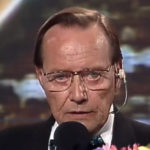 Rosenbloom was a late replacement for legendary announcer Gordon Solie, who had to bow out because of health reasons. For the 20th anniversary of the event, Rosenbloom took time from his busy broadcast schedule to reminisce. Here are excerpts from the interview:
How did you get involved in the Heroes of Wrestling PPV?
Rosenbloom:  I was actually scheduled that weekend to do Oregon at UCLA football on network radio. I was doing a lot of television events for Bill Stone at the time and he came up with the pay per view.
At the last moment, Billy offered me a sizable dollar figure that was far superior to what I was going to make on the radio. I was close with the network radio people so it was easy for me to get out of the UCLA-Oregon game. And, financially it was the way to go. Plus, I did so many events on television for Billy, I wanted to keep that going.
How short was the notice?
Rosenbloom: I would say it was within a week or two, maybe a little longer. I don’t really remember the specifics, but I had to quickly try to learn some stuff and get involved.
Ironically on this, I thought the preshow was really more important than the show itself. The preshow was going out to cable systems around the country probably 40 or 50 million homes, where the show itself ended up going into probably some 50,000 in that ballpark, because that’s how many people bought into the product. So, it was the preshow to me that was really the most important, because we were trying to sell the program — watch the Heroes of Wrestling. You can buy it in 10 minutes you can buy it in five minutes. That show went pretty well.
Editor’s note: According to multiple sources, 29,000 homes purchased the show.
The preshow went well and the show itself … was just a little out of sorts. It was just you know… it just never came to grips. The wrestling matches weren’t as good as anticipated. Some of the endings, which we were told were going to end one way, did not. So, that was kind of misleading trying to broadcast when you’re indecisive not knowing how they’re going to finish. And in all candor, I was new to that sport thrown in into a tough situation. From a pure broadcast perspective, it was OK. Specifics though, terms of the event, terms of the wrestling moves, I had room for improvement but working with Dutch (wrestler-turned-broadcaster Dirty Dutch Mantell), who is a very talented color analyst and was the expert analyst on it.
How did you prepare for the broadcast?
Rosenbloom: I called people that were involved in wrestling. And again, I did it on short notice. I tried to glean as much as I could from Dutch. I don’t want to say that Dutch and I were adversarial, but we didn’t click on air. Let’s put it that way. In my opinion, he was good enough guy. I don’t think he was pleased that Gordon Solie wasn’t there … I wasn’t one of them. I was an outsider coming in. There wasn’t the camaraderie that I would have liked to have had in the broadcast booth. 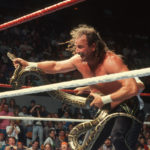 Editor’s note: The show may best be remembered for the performance, or lack thereof, of Jake “The Snake” Roberts. Long removed from his prime, Roberts appeared off, and made what many considered lewd and bizarre gestures. His match against Jim “The Anvil” Neidhart was abruptly changed in the middle of the match to a tag team affair involving behemoths Yokozuna (billed at 650 pounds) and King Kong Bundy (400 pounds-plus).
What do you remember about calling Jake Roberts’ match?
Rosenbloom: I knew he was drunk. I think it was obvious. That was noticeable. It’s the one thing that really bothered Billy Stone more than anything. It was lewd the way (Roberts) acted. And again, it was a man drunk, playing out his role with the snake. It is what it is. I saw it. I realize it. I don’t think I really played into it. I think I just called the match. I didn’t fall for his antics. I knew what was going on. Let’s just put it that way.
How soon did you realize that this may not have been the best show or your best performance as a broadcaster? 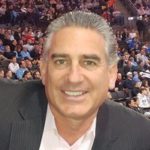 Rosenbloom: To the specific wrestling fan who’s going to nitpick — they had a good time nitpicking the entire program. Not just me, but the whole show. People in the broadcast business in general are always doubting themselves when they leave — I could have done better. I didn’t feel great about it, but I didn’t feel bad about it until I got back into the lobby and I saw Bill.
When I first saw Bill, we were just discussing things. He just seemed a little bit down for Bill, because he’s a gregarious guy. I sensed at that point this might have been not what we expected or what we wanted. So that’s why it hit me after the show when I got back to the hotel.
What is the legacy of the Heroes of Wrestling PPV?
Rosenbloom: When I go online — I don’t want to say a black mark — but it’s the one thing that pops up and it’s kind of relentless. That’s bothersome because I thought the preshow was OK; the show itself did OK. And really, again, if I misuse some terms, who really cares? The show did well. I understand to the wrestling fan that this guy didn’t know all the terms and stuff but I think I was fluid on the show. It was a smooth broadcast.
To me, the most important thing … when you do a television show, they want to make money especially a pay-per-view event. And I think we accomplished that.

“Thankfully, I made sure to stock up on alcoholic beverages before the show, and BOY did I need them,” wrote reviewer Scott Keith of The SmarK Retro Repost in 2002.
DDT Digest, one of the top review sites of the era (it remains online today), said that “the quality of the wrestling made this one of the worst pay-per-views I’ve ever seen from a purist’s standpoint.”
Despite the horrible reviews, Heroes of Wrestling featured 15 WWE Hall of Famers. But the reality was, wrestlers years past their prime could not perform in the ring as well as their contemporaries.
Stone is still involved in TV sports, producing events for CBS Sports.

Walters: The Darker Side of Regulation