Trump Explains His Pillars of Policy Home and Abroad 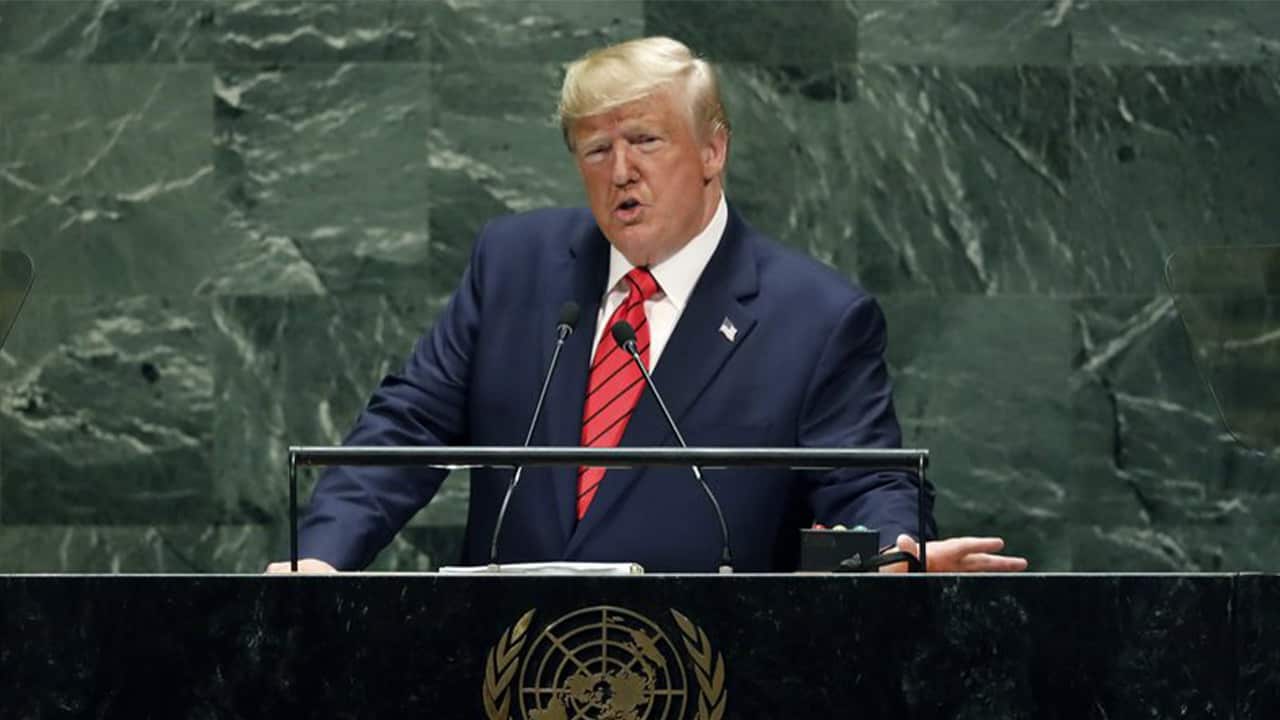 “The future does not belong to globalists.  The future belongs to patriots,” President Donald Trump said in his address to the United Nations General Assembly on Sept. 24.


“The future does not belong to globalists.  The future belongs to patriots.” — President Donald Trump
“The future belongs to sovereign and independent nations who protect their citizens, respect their neighbors, and honor the differences that make each country special and unique.”
In addition to praising isolationism, Trump spelled out the policy changes at home and abroad since his election to the world’s most powerful office.
Whether you agree or disagree with the president’s views and directives, it is important that American voters know exactly where he and his administration stand.
And, some of the president’s evangelical supporters might be surprised to see him voice unabashed support for LGBTQ rights.

The video at the top of this story breaks down five key points (with timestamps) made by Trump in his U.N. address:
— Sanction Iran until it improves its behavior. (1 minute, 2 seconds into the video)
— Force China to treat its global trade partners fairly. (2:35)
— Oppose the spread of socialism and communism everywhere. (4:37)
— Mass illegal migration is unfair, unsafe, and unsustainable for all people and countries. (5:11)
— Protect and spread American values of equality for all, including women and the LGBTQ community. (7:14)
You can read Trump’s full remarks here.

Edison High Art Students Showcase Talent with 'I am Resilient'