“I am a figurative painter who comments on the social, political, cultural and religious aspects of human nature,” says Mechem, who taught art at McLane High School for 36 years. “Satire and humor are important components of my expression as I attempt to lampoon and ridicule the vices, follies, and shortcomings of contemporary society.”

His new 23-work exhibit, “Trumpocracy,” critiques the turmoil and chaos of the Trump administration, which Mechem calls a “threat to American democracy.”

Done With Football, Mechem Threw Himself Into Art

Perhaps Mechem came by this call-them-as-you-see-them approach from his athletic background. He played football at Fresno State, from which he graduated with a bachelor’s degree in 1963. He earned his master’s degree from the university eight years later.

“When my (football) eligibility ended I found myself dazed and confused about the future,” Mechem explains on his website. “Instead of facing the problem I chose to do the irresponsible thing and, like the nitwits in the movie ‘Animal House,’ take a road trip.

“I sold my car, took a few hundred dollars I’d saved loading trucks at night for Pepsi Cola and bought a round-trip ticket to Europe. I spent a year hitchhiking throughout the continent, receiving a wonderful education in all the great museums, and came home determined to be the best artist/teacher I could be.”

Mechem has won numerous local awards and his works have been featured in eight national exhibitions. After retiring from Fresno Unified, he taught art at Fresno City College and Reedley College.

Thursday’s free reception is scheduled for 5 p.m. to 8 p.m. Light refreshments will be served. 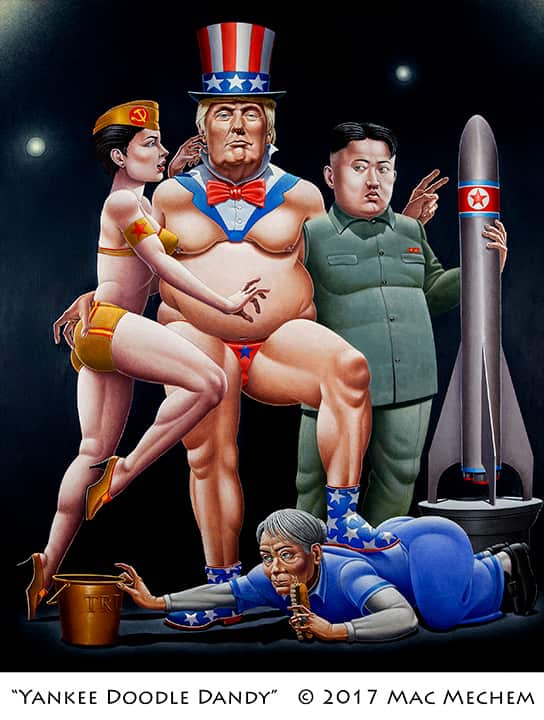