Jamal Khashoggi’s Death Made the Saudi Crown Prince a Pariah. Trump Has Helped Rehabilitate Him on the World Stage. 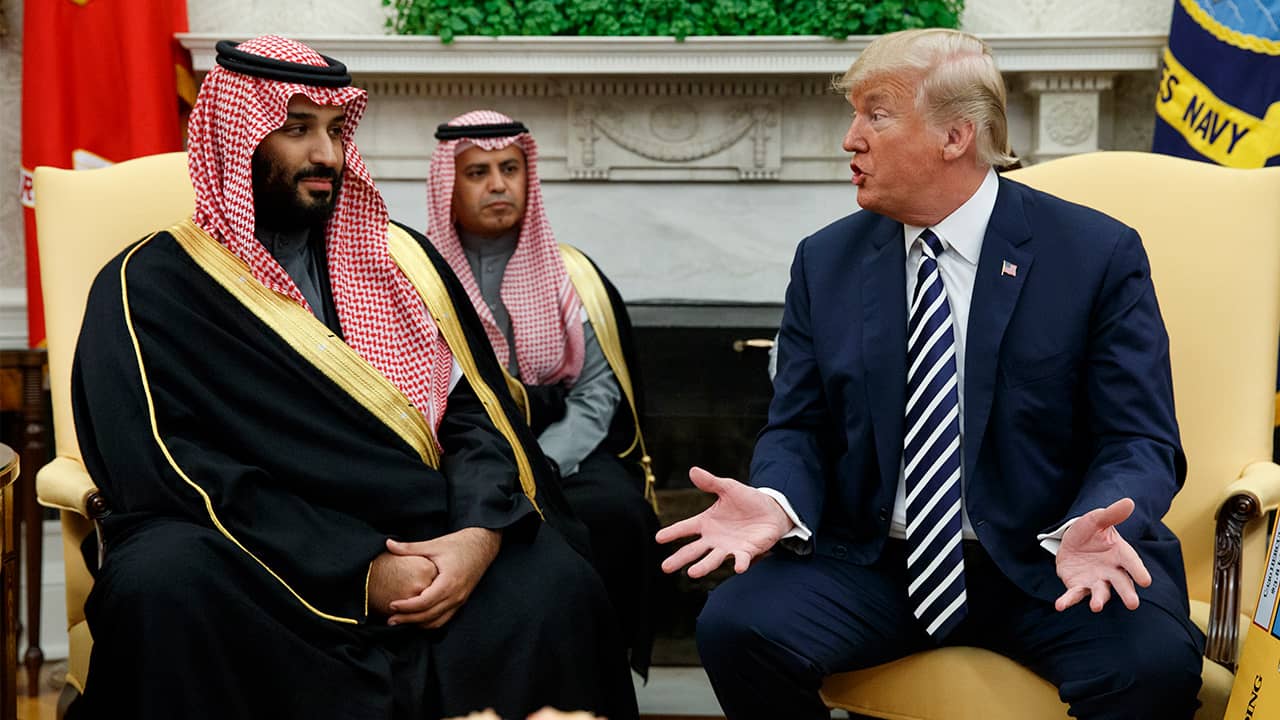 The Washington Post Subscription
At the annual Group of 20 gathering of world leaders in Osaka, Japan, in June, the crown prince of Saudi Arabia, Mohammed bin Salman, beamed before cameras as he stood center stage between President Trump and Japanese Prime Minister Shinzo Abe in a carefully choreographed group photo. He grinned as he sat with Russian President Vladimir Putin. And he shook hands joyously with South Korean President Moon Jae-in after the two countries struck agreements and contracts worth $8.3 billion.
The world leaders’ embrace of Mohammed was a clear signal that the young prince, who the CIA, U.S. allies and a United Nations investigator say is responsible for the savage killing of journalist Jamal Khashoggi, was being welcomed back, if reluctantly, into the community of nations. And it wouldn’t have been possible without the support of Trump and his secretary of State, Mike Pompeo.

U.S. Joins 19 Nations, Including Saudi Arabia and Russia: ‘There Is No International Right to an Abortion’