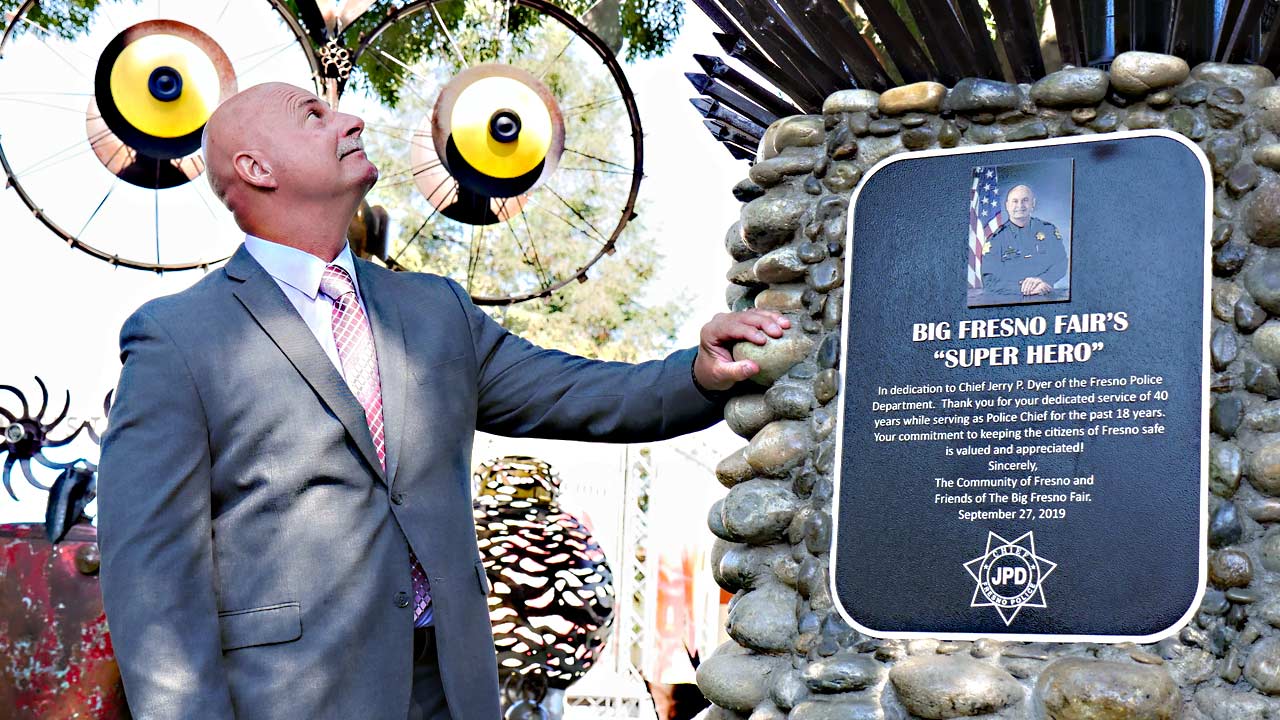 For more than an hour, Jerry Dyer endured jokes and good-natured ribbing directed his way.
Although not officially called a roast, an event at the Fresno fairgrounds honoring the outgoing Fresno police chief featured speaker after speaker slinging Dyer-focused jokes, followed by heartwarming stories and testimonials.

District Attorney Lisa Smittcamp noted Dyer’s frugality. Others riffed on Dyer’s hair and sense of style.
But the speakers echoed a theme — Dyer is a man who cares about his officers and cares about his community.
City Hall Director of Strategic Initiatives H Spees noted how Dyer made mistakes in past, but leaned into his faith to find and redeem himself.
Dyer officially retires next month and has already stepped away from his day-to-day duties with the department. Earlier in the year he announced his candidacy for Fresno mayor, a fact noted by speakers like former mayor Alan Autry (the man who hired Dyer as chief in 2001), and current Fresno Police Officers Association president Todd Frazier.

The event was highlighted by the unveiling of a 14-foot, three ton sculpture designed as a tribute to Dyer. It features a robot-like head, gears, a holster and literally tons of metal.
Designed by Big Fresno Fair CEO John Alkire and assembled over the last 10 months by a small group of fair employees, the abstract metalwork titled “JD” is the centerpiece of the new Iron Mountain sculpture garden at the Fair. The area features more than 30 sculptures, all made with recycled materials. 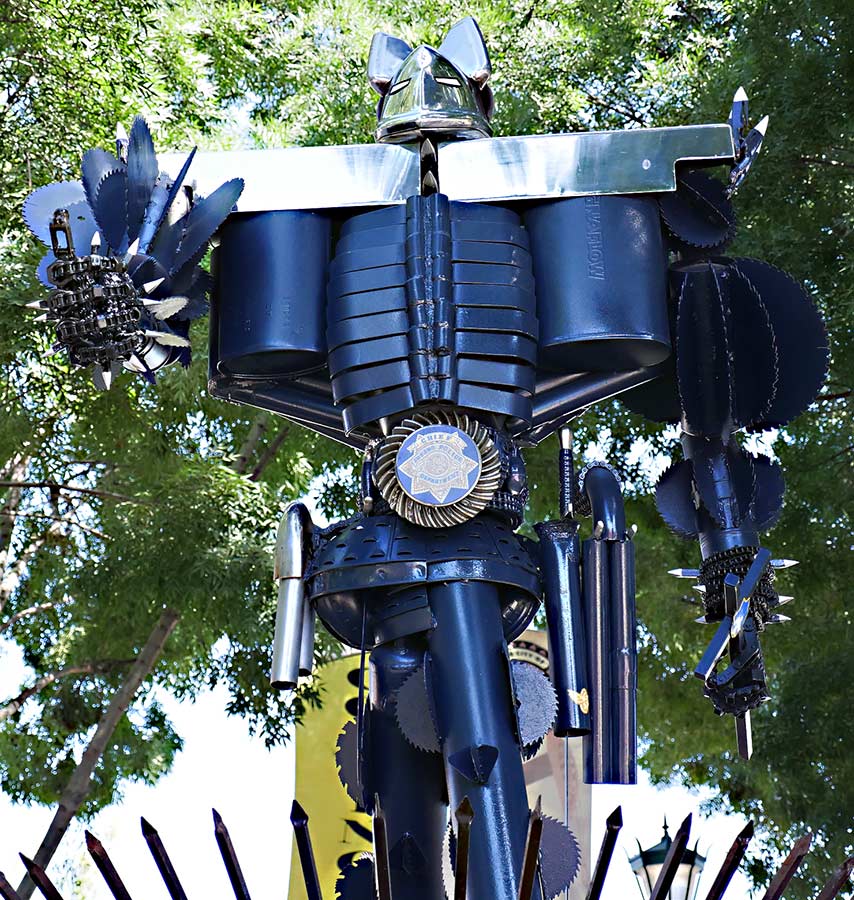 
During the reveal, Alkire called Dyer a hero.
Some noted the resemblance of the statue to a Transformer, the 1980s toy. One fair employee even said that’s the sculpture’s unofficial nickname. However, unlike Prowl — the Transformer that converted into a police car — this robot is stationary.
Autry joked to Dyer, “As soon as you raise utility rates, that thing (the sculpture) is coming down.”

Humbled, Dyer thanked the gathering, consisting mainly of friends and elected officials. He said four things sustained him during his 18 years as chief — his wife Diane, fitness, friends and Jesus.
He admitted to stepping on toes and making some enemies, but said, “I’ve always tried to do the right thing for the right reason.”
Dyer recalled how he attended the fair as a kid growing up and his days as a newlywed. For a portion of his early life, he lived in the same neighborhood as the fairgrounds in southeast Fresno.
He also noted early in his police career, he started working the fair directing traffic. For about 25 years, he worked fair patrol, all the way to overseeing police operations for the event.
Dyer said he has made it a practice to attend the fair’s opening ceremonies every year and will be back again for Wednesday’s (Oct. 2) first-day event.