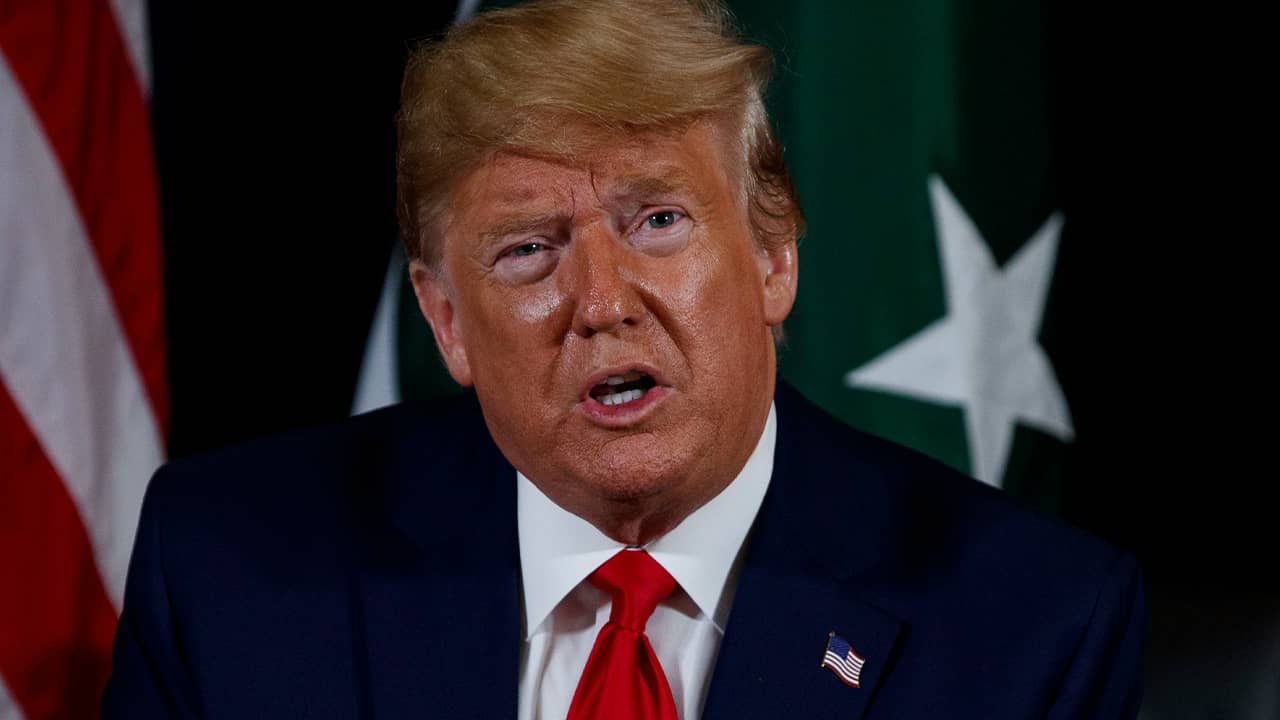 WASHINGTON — Congressional Democrats on Monday pressed their demands for full disclosure of a whistleblower’s complaint about President Donald Trump and intensified calls for impeachment. Trump insisted anew he did nothing wrong in his conversation with Ukraine’s leader that is at the center of the complaint.
Republican lawmakers remained largely silent amid the reports that the president pressured Ukraine’s leader to help investigate political rival Joe Biden at the same time the White House was withholding $250 million in aid to the Eastern European nation.

Lawmakers are demanding details of the complaint, but the acting director of national intelligence, Joseph Maguire, has refused to share that information, citing presidential privilege. He is set to testify Thursday before the House.
The chairmen of three House committees are threatening to subpoena Secretary of State Mike Pompeo if he does not produce information about whether Trump and his lawyer, Rudy Giuliani, inappropriately tried to influence the government of Ukraine for political gain.
The House intelligence, Foreign Affairs and Oversight and Government Reform committees asked for documents two weeks ago.
Meanwhile, Senate Democratic Leader Chuck Schumer of New York called on Republican Majority Leader Mitch McConnell to investigate the whistleblower’s complaint. In a letter to McConnell, he said that the Republicans’ “see no evil, hear no evil” attitude toward the president’s actions “is unacceptable and must change.”
Schumer called on McConnell to take five specific steps to probe the current situation, including issuing a subpoena to compel the whistleblower’s complaint to be delivered to Congress. He said Republicans should tell the White House to release transcripts of Trump’s conversation with the Ukraine president and identify who in the White House sought to delay the money to Ukraine.
“The Republican-led Senate has remained silent and submissive, shying away from this institution’s constitutional obligation to conduct oversight,” Schumer wrote in the letter.
Still, Democrats themselves remained divided on moving forward with an effort to impeach Trump. House Speaker Nancy Pelosi has resisted calls for impeachment and is sticking with her position that Congress must not start formal proceedings unless the American public demands it.

However, Pelosi said Sunday that unless the administration provides more information to Congress by the scheduled Thursday hearing at the intelligence committee, its officials “will be entering a grave new chapter of lawlessness which will take us into a whole new stage of investigation.”

Trump Said He May, or May Not, Release Details or a Transcript of the Call

South Carolina Sen. Lindsey Graham, one of the president’s closest allies, urged Trump on Monday to be “as transparent as possible” and predicted the White House transcript would be released.
“I believe that President Trump is going to blow you away with his willingness to disclose and be transparent about this phone call, because I think he did nothing wrong and he has nothing to hide,” Graham said on the Hugh Hewitt radio show.
Trump said Monday he may, or may not, release details or a transcript of the call but has stressed that foreign leaders should feel free to speak frankly with an American president without fear that the details of their conversations will later be disclosed.
A person familiar with the matter has told The Associated Press that Trump urged Zelenskiy to investigate Hunter Biden. The person wasn’t authorized to discuss the issue publicly and spoke on the condition of anonymity.
Hunter Biden was hired by the Ukrainian gas company Burisma Holdings in April 2014, two months after Ukraine’s Russia-friendly former president was ousted by protesters and as Biden’s father was heavily involved in U.S. efforts to support the new pro-Western government. The move immediately raised concerns that the Ukrainian firm, whose owner was a political ally of the ousted president, was seeking to gain influence with the Obama administration.
Trump and Zelenskiy plan to meet on the sidelines of the U.N. General Assembly this week.