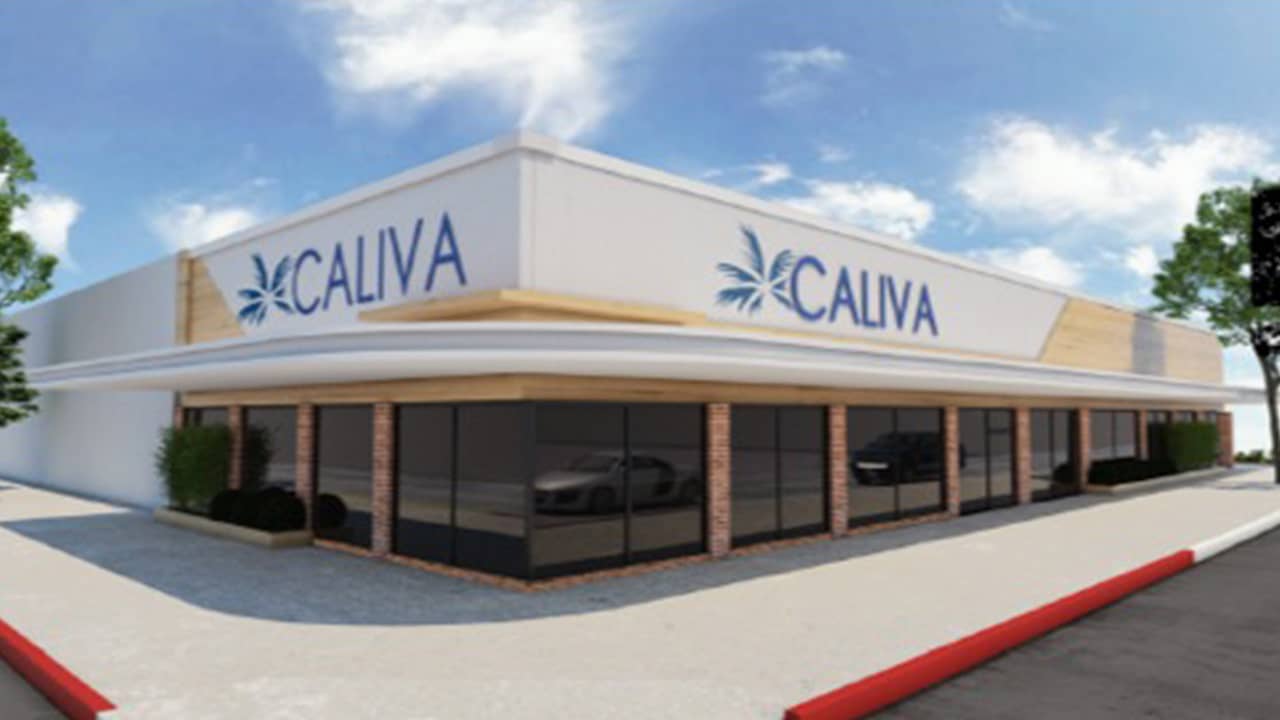 Hanford’s first downtown shop selling medical and recreational marijuana to adults could open as soon as early 2020 in downtown, and another downtown marijuana dispensary is on the horizon, Mayor Sue Sorensen tells GV Wire.
The City Council voted Tuesday to grant a business permit for a downtown dispensary to Caliva, a San Jose-based business that already has permits for cultivation, manufacturing and distribution for its operation in a Hanford industrial zone. The distribution from that zone is for customers outside the area, not in Hanford.

Listen to this article:
Caliva’s dispensary will be at 104 N. Douty St., a few blocks from one of Hanford’s best-known landmarks — Superior Dairy restaurant.
There’s an underutilized parking lot across the street that will be handy for Caliva’s customers, said Darlene Mata, the city’s community development director.
The Hanford Council has authorized two dispensaries in downtown, Sorensen said. Caliva’s business permit was processed more quickly than the other company’s because Caliva had already undergone background checks for its industrial zone operation, she said.

Sorensen acknowledged the irony of recreational marijuana dispensaries being approved in a famously conservative county like Kings, where 56% voted to reject the state proposition authorizing adult recreational marijuana use in 2016. But Kings and 17 other counties that voted down Proposition 64 did not prevail, and the ballot initiative passed with 57% of the state’s vote.


“I’m not a promoter of drugs at all.” — Hanford Mayor Sue Sorensen
Even though Kings County voters were no fans of Proposition 64, the business permit vote passed with little comment from the community, Sorensen said.
That might be a reflection of local acceptance of the state law that legalized recreational pot use, she said, adding, “I’m not a promoter of drugs at all.”
But allowing legal drugs could make Hanford safer over the long run, Sorensen said. Selling marijuana legally will help keep illegal drugs and the cartels that control them out of the city, and also lets the city control the quality of marijuana sold as well as the age of customers, she said.

Another benefit of the new dispensaries will be additional sales tax revenues for Hanford, although the exact amount remains to be seen.
Woodlake in Tulare County, which has a single dispensary operating, is getting close to a half-million dollars annually in revenues, so Hanford might expect the same or more at full operation, Mata said. Hanford’s tax will be 4% of the gross revenue, she said.
Sorensen said she’s not hazarding a guess as to how much pot sales could mean for Hanford’s coffers. The industrial park operations have not netted much revenue for the city so far, she said.
Any additional revenue will be welcome, of course. The city could use extra money for first-responders, recreational activities and other city improvements, the mayor said.
“It would be nice to have a little extra to do things,” she said. “That’s not an easy thing to come by for cities.”