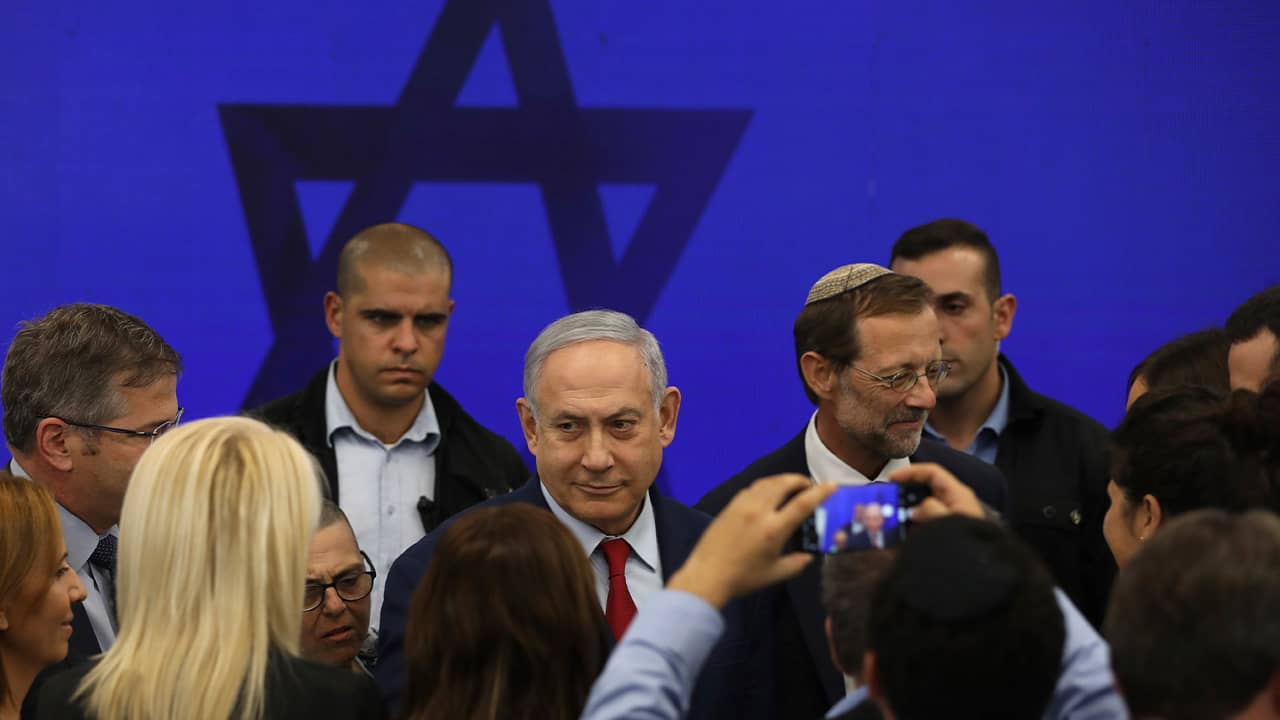 JERUSALEM — Israeli Prime Minister Benjamin Netanyahu vowed on Tuesday to annex the heart of the West Bank if he wins re-election next week, a move that could inflame the Middle East and extinguish any remaining Palestinian hope of establishing a separate state.
Arab leaders angrily condemned Netanyahu’s remarks, and a U.N. spokesman warned the step would be “devastating” to the prospects for a two-state solution.
Netanyahu said he would extend Israeli sovereignty over the Jordan Valley — an area seen as the breadbasket of any Palestinian state — shortly after forming a new government and would move later to annex other Jewish settlements.

Such action would swallow up most of the West Bank territory sought by the Palestinians, leaving them with little more than isolated enclaves.
Netanyahu said it was important to act as President Donald Trump prepares to unveil his Mideast peace plan after the Sept. 17 election.
“This is a historic opportunity, a one-time opportunity, to extend Israeli sovereignty on our settlements in Judea and Samaria, and also on other important regions for our security, for our heritage, and for our future,” Netanyahu said, using the biblical terms for the West Bank.
The prime minister was not clear about the status of the Palestinians on the West Bank.

Over 2.5 million Palestinians live there and in east Jerusalem, in addition to nearly 700,000 Jewish settlers. Israel already has annexed east Jerusalem in a move that is not internationally recognized.
Netanyahu is locked in a tight race, and his announcement, the most detailed vision for the region that he has presented during his decade in power, was the latest in a series of frenetic moves he has made in recent days to try to rally hard-line voters.
The proposal was dismissed by opponents as election theatrics. They have accused Netanyahu of trying to divert attention from a corruption scandal and Israel’s security challenges. Later in the day, he was whisked away from a campaign event in southern Israel after Palestinian militants fired rockets toward the area.

Will Trump Back Netanyahu’s Plan?

Netanyahu’s plan would hinge on a number of factors, most critically whether Trump would back him. But Trump’s team of Mideast advisers is dominated by supporters of the settlements, and the muted reaction Tuesday from the U.S. indicated there would be little resistance.
U.S. officials said Netanyahu had told them about his proposal ahead of time and that they had not raised any objections because they do not believe it will affect prospects for an eventual peace agreement. The officials spoke on condition of anonymity because they were not authorized to talk to the media.
The Israeli leader spoke as the White House announced the firing of national security adviser John Bolton. Bolton was a strong supporter of Netanyahu’s tough policies against Iran and had visited the Jordan Valley with the Israeli leader in June.
The Palestinians seek the West Bank, east Jerusalem and the Gaza Strip — areas captured by Israel in the 1967 Mideast war — as part of a future independent state.
For Israel, the Jordan Valley is considered a security asset because it provides a buffer zone against potential attacks from the east. Many moderate Israelis believe Israel should retain some element of control in the area under a peace deal.
Palestinians, however, say there can be no independent state without the area, which comprises nearly a quarter of the West Bank. It is home to many Palestinian farms and also is one of the few remaining areas of the territory where the Palestinians have open space to develop.

Palestinian President Mahmoud Abbas said all agreements with Israel will be canceled if Netanyahu presses forward.
“We have the right to defend our rights and achieve our goals by all available means, whatever the results, as Netanyahu’s decisions contradict the resolutions of international legitimacy and international law,” he said.
The international community, along with the Palestinians, overwhelmingly considers Israeli settlements in the West Bank and east Jerusalem illegal.
Netanyahu’s plan would turn Palestinian population centers into enclaves that he said he would seek to link to neighboring Jordan. Unlike Israeli settlers, West Bank Palestinians are not Israeli citizens and do not have the right to vote.

Jordan’s foreign minister, Ayman Safadi, condemned the announcement as “a serious escalation that undermines all peace efforts.”
At the United Nations, Secretary-General Antonio Guterres also rejected the proposal. “Such a prospect would be devastating to the potential of reviving negotiations, regional peace and the very essence of a two-state solution,” said U.N. spokesman Stephane Dujarric.
Netanyahu’s challengers accused him of playing politics. Yair Lapid, a leader of the Blue and White party, dismissed it as an “an election stunt.” Ehud Barak, a former prime minister who is campaigning to oust Netanyahu, said the prime minister “has no public or moral mandate to determine things so fateful to the state of Israel.”
During the hard-fought campaign, Netanyahu has alleged fraud in Arab voting areas and has been pushing to place cameras in polling stations on election day. He also claimed to have located a previously unknown Iranian nuclear weapons facility, and later this week he flies to Russia for a lightning meeting with President Vladimir Putin.