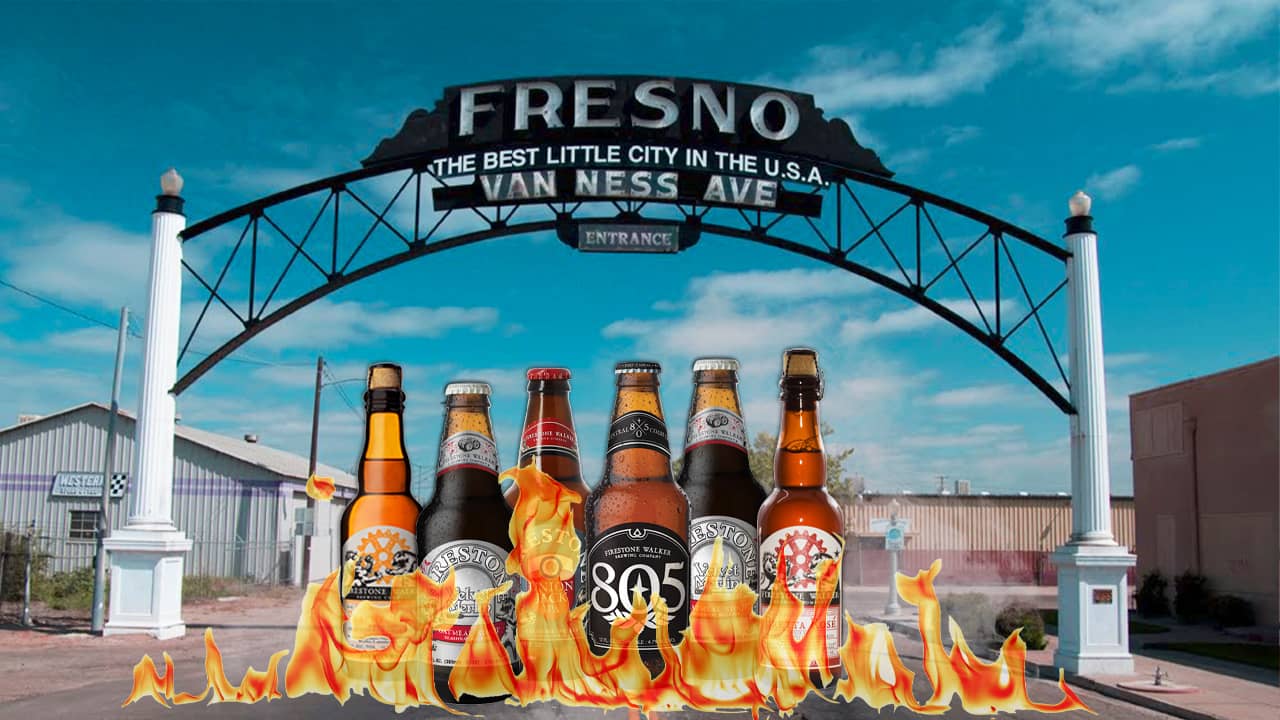 Firestone Walker Brewing Company wants Fresno to know it loves having the city as its neighbor.
David Walker — president of the company that crafts such brands as 805 and Firestone DBA — is mortified about a disparaging comment made by his brewery’s communication director about Fresno over the weekend. 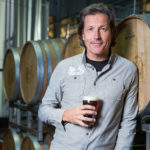 Hours before he became embroiled in a Twitter fight with President Donald Trump (through his wife Chrissy Teigen), Grammy-winning singer John Legend tweeted about his stop in Fresno.
At Saturday’s Fresno State football game, Legend posted that he was there to support his nephew, Minnesota wide receiver Michael Brown-Stephens.

Went up to Fresno to check out my nephew’s (michaelbstephens22) new team @gopherfootball and they won in double overtime. Great game! https://t.co/5K0RozOLwf

Expectedly, Legend’s Fresno stop was retweeted hundreds of times, mostly positive on Golden Gopher football.
However, Wilson responded with “I’m so sorry you had to go to Fresno though” in a tweet that is no longer publicly accessible. 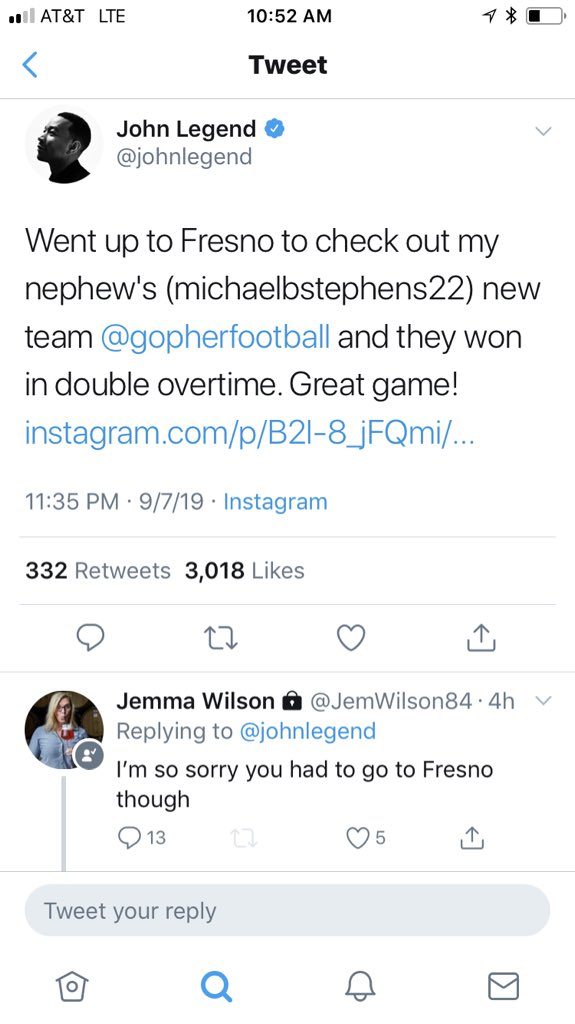 The backlash on the social media platform came quickly. Many people were shocked that a communications director could make such a comment.
“I’m well past caring about people taking easy, lazy shots at Fresno. This time I’m mostly amazed that as hard as Firestone markets here (even sponsoring our big music festival), their comms manager is so quick to s— on us,” said Mike Oz, the Fresno-based Yahoo Sports national baseball writer and organizer of such events as the Taco Truck Throwdown.
Mark Standriff, the spokesman for Mayor Lee Brand, had some advice as someone who works in communications himself.
“And now @JemWilson84 has pulled her tweet and locked her feed. Doubling down on bad decisions. #comms101@FirestoneWalker,” he responded on Twitter.
Fresno councilmembers Esmeralda Soria and Luis Chavez took up for the city they represent.
“The nerve,” tweeted Soria who is also running for congress.

Chavez wasn’t as diplomatic.
“Not sure I would be bragging about your flat/flavorless IPA’s, there’s a reason they end up on the “goody” mystery clearance box at BevMo, where you can get 25 of them for $12. Stick to wine,” he wrote.

Wilson ‘Mortified,’ According to Boss

Walker, the brewery’s co-founder and namesake, said he’s “faced quite rightly some pushback,” over his employee’s comment.
He would not remark on the current status of his marketing director, but did say she was mortified and made “scores of apologies.”
“(Her views) do not reflect the views of the company,” Walker said of the fallout.
“It’s extraordinary the impact that something (that) appeared casual from a personal weekend comment can flow over to an employer and to 500 good-hearted people who don’t share the same opinions,” Walker said.
That’s why Walker extended the offer for Fresnans to make the drive west to Paso Robles.
Fresno is important to Firestone Walker, not just because of the proximity. Walker — without giving specific numbers — said Fresno is”a good regional market for us.”
“The city is precious to us. We’ve always been focused on Central California. We call it the home core,” added Adam Firestone, the brewery’s other co-founder and namesake.