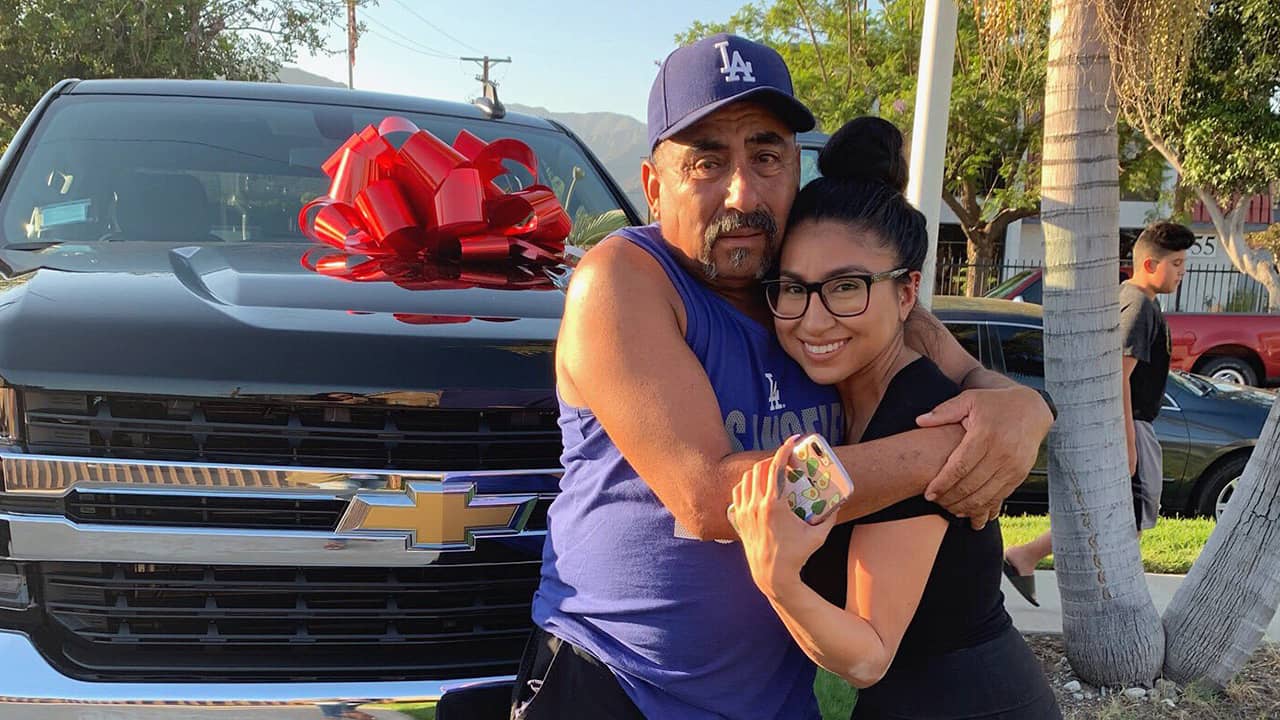 Alfredo Valencia’s five children and his wife decided to do something special for his 60th birthday.
So, they bought him a brand new Chevy Silverado pickup truck. The gift was a total surprise to the hardworking Azusa dad. It brought him to tears — and then some.

The video of his emotional response has gone viral with nearly 5 million views on Twitter as of Friday morning.
“We just knew it was the right thing.  It was his 60th birthday. All of his kids have brand new cars and it’s just right that he gets the new truck he always wanted and he always said one day he was gonna get it but it didn’t happen… He’s sacrificed a lot of things for us. He rather have us have everything rather than him,” said his daughter Yessenia Valencia.

Since you guys loved the picture of my dad and his new truck, here’s a video of how he reacted when he found out😭❤️ pic.twitter.com/T56RNpW23Z

The video is resonating with people young and old, as well as with Chevrolet and the Los Angeles Dodgers.
Valencia is a hardcore Dodgers fan and the team noticed his jersey in the video. The team also gave the family free tickets and parking to a game.